Oil Company Beefs Up Infrastructure to Get Trucks Off Crowded Roads 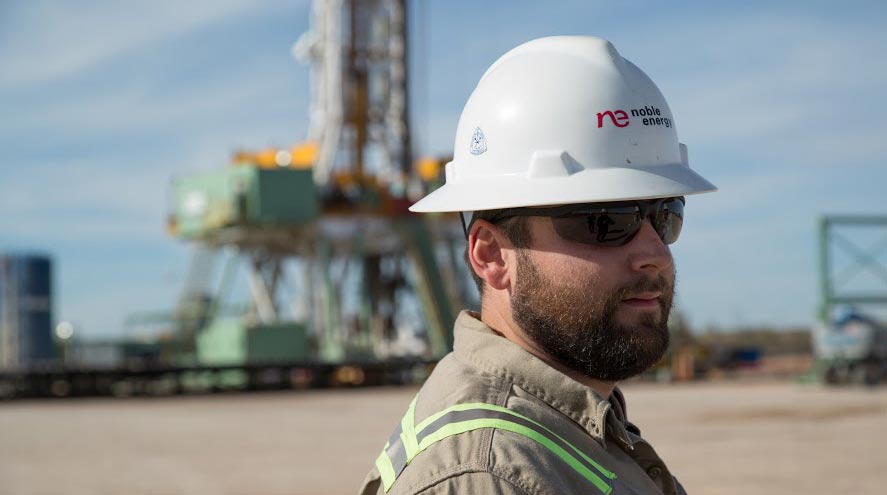 On a rocky strip of land in Pecos, Texas, six tall storage tanks guzzle oil and water flowing from a nearby well, waiting for tank trucks to rumble down dirt roads for yet another pick up.

For many drillers in the remote Delaware Basin, a section of the broader Permian Basin that stretches across West Texas and New Mexico, the only way to get crude from the fringes of oil boom towns to global markets is to dispatch fleets of trucks to scattered wells, from where they haul oil and water to terminals and various other collection points. With truckers in high demand — and commanding top salaries — it’s an expensive obstacle for oil companies scraping pennies to ride out the recent drop in oil prices.

Meanwhile, as drilling rigs spread across oil fields, the Delaware Basin’s sparse and jagged roads have become dangerously crowded. “They’ve got to get the oil to market to make any money, but it’s a wild frontier,” said Sandy Fielden, a Morningstar energy analyst in Austin.

A few miles south of this small town, the Houston oil company Noble Energy recently took its first step to get trucks off the road and save money in the Delaware, by firing up the first of four planned central gathering facilities — plants that collect oil, gas and water from its wells through a series of long pipelines, before treating and piping it along to various collection points. No trucks are required.

Noble brought the first facility online a few weeks ago; a second is scheduled for late 2017, and two more for the first half of 2018.

“Out in an area like this, trying to get trucks down these roads, it’d tear them to pieces, and tear up the roads, too,” said Russ True, operations manager of the Permian Basin and DJ Basin in Colorado for Noble Midstream Partners, an affiliate of the Houston oil producer and owner of the facility.

Noble’s central gathering facilities are just a handful of the ongoing projects — pipelines, terminals, storage tanks — oil companies are building to turn oil and gas discoveries in the Delaware into marketable products. Across West Texas, as companies move further from developed oil fields around Midland, these projects are following rigs across the empty expanses.

The region’s gushing oil wells are expected to put out more crude than they can carry away in pipelines by early next year, according to Chicago research firm Morningstar. The Energy Department believes daily crude output in the Permian will reach about 2.5 million barrels this month, up from about 2 million barrels a year ago.

In the Delaware, the average oil well requires 1,800 truck trips to develop and maintain. Lined up bumper to bumper, that’s 18 miles worth of trucks, according to energy research firm Wood Mackenzie. And there are thousands of wells in the region.

“As you drill more and more and move into development mode, costs creep up,” said Ben Shattuck, an analyst at Wood Mac. “A centralized gathering system offsets that. You’ve seen that in other shale plays, and in the gas world.”

In addition to getting trucks off the road, Noble’s the central gathering facility will shrink the size of the company’s oil-production operations, removing the half-dozen onsite storage tanks that each hold some 500 barrels a day. Instead, the company purchased much smaller tanks that separate oil from water and natural gas, before feeding them into separate pipelines that run to the central gathering facility.

Noble’s first central gathering facility holds daily production of 10,000 barrels of oil, 20 million cubic feet of natural gas and 15,000 barrels of water that comes up with the oil and gas. Noble plans to boost its oil and gas storage capacity over the next year as it ramps up oil production.

It’s a strategy Noble began a few years ago in the DJ Basin, another remote region where trucks jockey for elbow room on rough roads. There, the company built similar facilities, and reduced its trucking mileage by 8.8 million miles, saving 215,000 separate trips around the region.

“We learned a lot in Colorado,” True said, standing in the shade near the newly active facility, a small labyrinth of interconnected pipes and storage tanks. “I actually live in that area so I’m glad we took those trucks off the road.”

In the Delaware, the company plans to bring another three central gathering facilities online by the first half of next year. All told, those four facilities will collect 90,000 barrels of oil a day, 210,000 barrels of produced water a day and 160 million cubic feet of natural gas a day, connected to Noble’s wells through roughly 450 miles of pipelines.

Noble Midstream plans to spend between $200 million and $220 million in the Delaware Basin developing these projects this year.

A few miles east of the Billy Miner facility, Noble’s first connected well is set to begin producing oil and piping it to the facility. It’s arrangement that will allow Noble’s crews to drill and frack wells faster, said Donnie Moore, vice president for Texas operations at Noble.

“It’s very capital efficient and allows us flexibility in our development plans,” Moore said, in an interview at Noble’s field offices near Pecos. “It really gives us the advantage.”

Noble expects to boost its domestic oil production 40 percent in the second half of the year, with a great deal of the increase coming from the Delaware. Over the past year, the company has tripled its oil production in the region, where it purchased two smaller producers, Rosetta Resources and Clayton Williams Energy, for a combined $4.8 billion in cash and stock. It now has some 118,000 net acres in the region, according to regulatory filings.

In West Texas, the dramatic increase in drilling activity over the past year has brought back rigs, oil field workers, hydraulic fracturing crews — and trucks. Behind the wheel of a white pickup, Mark Holdsworth, Noble’s production superintendent for the Delaware Basin, said he has seen traffic on the Delaware’s unpaved roads surge since the beginning of the year. On his left, dozens of large trucks rumbled by, kicking up thick dust. A few months ago, these roads weren’t nearly as crowded, said Holdsworth.

“This place is hopping,” he said.

He tapped the pickup’s brakes, wary of the growing dust cloud.