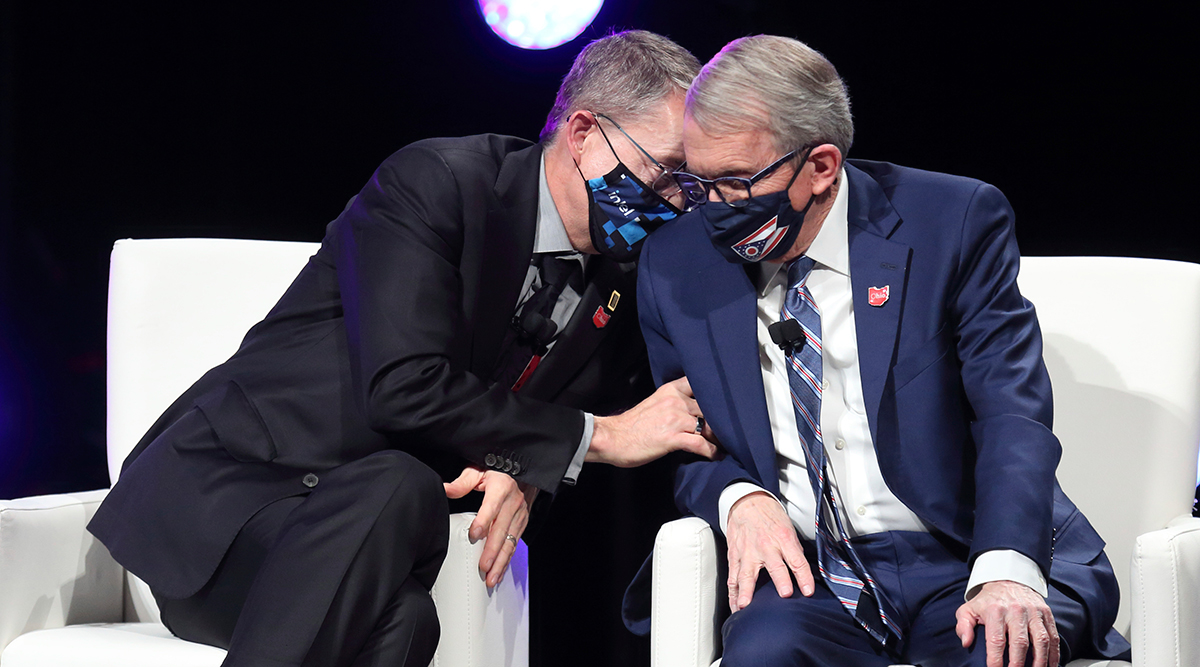 COLUMBUS, Ohio — Ohio offered Intel Corp. incentives worth roughly $2 billion to secure a new $20 billion chipmaking factory that the company says will help alleviate a global shortage and create a new technology hub in the Midwest.

The state’s development director said Jan. 28 that the combination of tax breaks and incentives are likely the largest ever offered by Ohio for what state leaders say is the biggest largest economic development deal in its history.

Santa Clara, Calif.-based Intel, the world’s second biggest chipmaker, announced a week ago it had selected a site outside Columbus for two new chip manufacturing facilities.

The complex could grow much larger and more quickly, Intel executives said, if Congress approves a $52 billion bill that would invest in the chip sector and help ensure more production in the U.S.

Intel CEO Patrick Gelsinger said the total Ohio investment could top $100 billion over the decade, with six additional factories, making it one of the world’s biggest chipmaking sites.

Shortages of computer chips, which are mostly made in Asia and used in everything from handheld video games to automobiles, have become a growing concern and were exposed in the U.S. and Europe during the pandemic.

The U.S. share of the worldwide chip manufacturing market has declined from 37% in 1990 to 12% today, according to the Semiconductor Industry Association.

Intel wants to move quickly on the Ohio plants, which will support its own line of processors and build chips designed by other firms. Construction is expected to begin this year, with production coming online at the end of 2025.

Ohio’s offer includes $600 million to help Intel offset the cost of building the factories, which is more expensive than it would be in Asia, said Lydia Mihalik, the state’s development director.

The state also will pay nearly $700 million for roadwork and water infrastructure upgrades, including a system that will allow the plant to reuse wastewater.

The state Legislature this summer approved a 30-year tax break that will allow Intel to save $650 million.

The state’s share will be money well spent because the Intel facility will not only create jobs, but also make Ohio more attractive to industries such as auto, aviation and defense that rely on chips, Mihalik said.

“These investments will not only ensure that this project is successful here, but will also be supporting the region by increasing local infrastructure to support future growth,” Mihalik said.

The two factories on a 1,000-acre site in Licking County, just east of Columbus, are expected to create 3,000 company jobs — many of them highly skilled — and 7,000 construction jobs. The facility will support tens of thousands of additional jobs for suppliers and partners, Intel and local and state officials said last week.

Ohio beat out 40 other states for the project, state officials said.

Broadcom to Buy VMware for $61 Billion