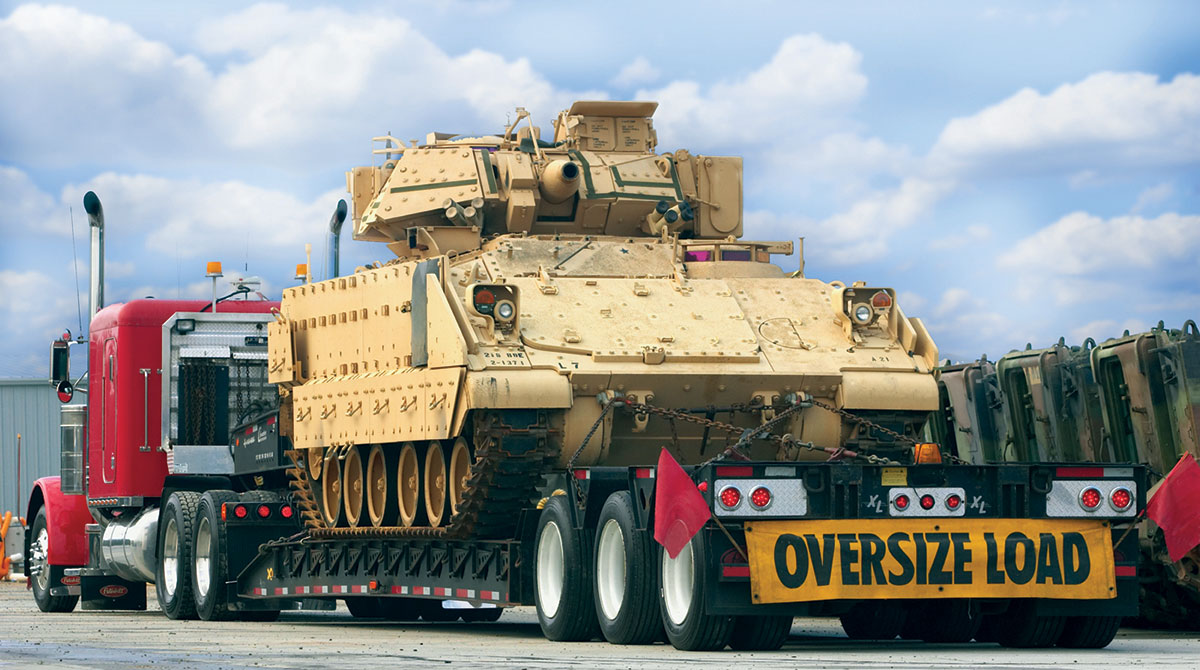 An Oversize Landstar System rig transports a tank for the U.S. military. A spokesman says the compant struggles with a lack of uniformity in state regulations when hauling these specialized loads. (Landstar System Inc.)

DeWine also joined many other Republican governors in writing the Biden administration asking for a number of changes they said would ease disruptions with transporting and distributing goods. Their requests range from changing regulations — lowering the minimum age for truckers allowed to drive across state lines — to reversing policies — suspending the White House’s vaccine mandate and “Build Back Better” social-spending plan.

In Ohio, truckers hauling loads heavier than 80,000 pounds normally have to obtain a special permit from the Ohio Department of Transportation before they can drive in the state. DeWine is now reviving an order issued between June 2020 and June 2021 that allows trucks to carry up to 90,000 without pre-approval from ODOT, so long as they report to state officials where they traveled within 24 hours of the end of their trip. 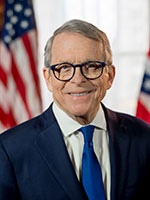 The move could save truckers up to an hour of time per truckload, depending on the demand for permits at the time they apply, according to ODOT spokesman Matt Bruning.

Bruning stated in an email that it’s “kind of hard to quantify the potential impact” that bringing back the policy will have on state revenue. “But certainly it’s a relatively small investment to ensure that supplies can move as quickly as possible to and through Ohio,” he stated.

DeWine spokesman Dan Tierney said the policy change, which will remain in place indefinitely, is a “fairly simple, low-hanging-fruit (move) that can be done to ease supply chain pressures that are affecting all of us.”

Tom Balzer, president and CEO of the Ohio Trucking Association, said anything that helps to address the supply chain problem is helpful.

“None of it’s going to be the silver bullet that fixes all the ills,” Balzer said. “It’s a whole bunch of little things that help move things along faster.

Back in 2013, ODOT tried to convince state lawmakers to permanently raise Ohio’s weight limit for trucks from 80,000 pounds to 90,000 pounds. But the department failed, as critics argued that such a move would make highways less safe and accelerate wear and tear on roads, among other concerns.

In addition, DeWine was one of 15 GOP governors to call on the federal government to join Operation Open Roads. The governors committed to take action to help alleviate the supply chain issue — which arose for many reasons, including shortages of raw materials, congested U.S. ports, a shortage of truck drivers, and increased demand for goods — and called on the Biden administration to do the same.