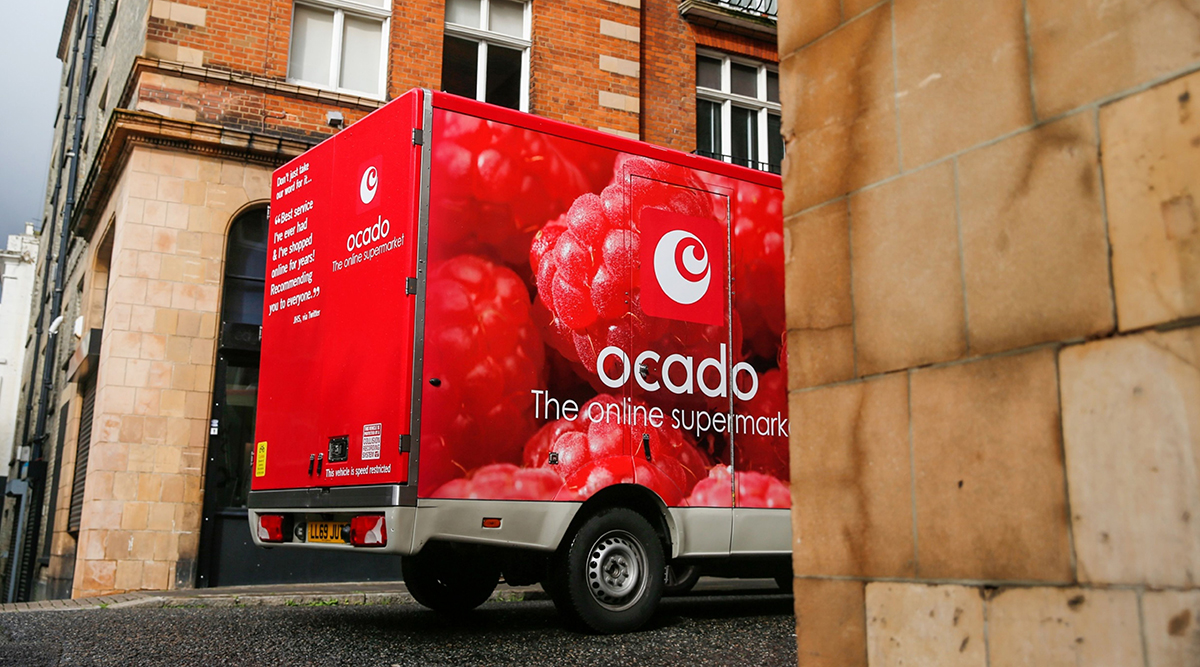 Ocado Group Plc has developed new, lower-cost technology that will speed up online grocery deliveries, boosting the company’s prospects as it seeks to license its robotic warehouse systems globally.

The new technology includes lighter grids, more efficient bots and robotic arms able to directly pick products, the company said Jan. 26 at a launch event. Ocado said it can install its “grid” systems more cheaply, quickly and in more locations than before, including smaller buildings and microfulfillment centers.

Some of the new technology could help existing partners including Kroger Co., as well as U.K. grocer Wm Morrison Supermarkets and France’s Casino Guichard Perrachon SA.

Ocado is benefiting as the pandemic shifts consumer habits toward online delivery and companies compete to deliver faster. Dozens of startups including Berlin-based Gorillas Technologies GmbH and Dija in London are now aiming to deliver groceries in less than 30 minutes, building on the growth of services like Uber Eats and Deliveroo.

“Over time this is going to change the under one-hour grocery delivery industry,” Chief Executive Officer Tim Steiner said by phone.

As part of the changes, Ocado can enable delivery of last-minute orders as well as those with longer lead times, all from the same van. Grocers don’t have to choose between offering a short-term or longer-term service to their customers. The company also unveiled a virtual distribution center that will use artificial intelligence and machine learning to help power smaller fulfillment centers closer to customers.

Ocado’s value has soared by more than 500% since 2016 as investors bet that the British company will become the premier provider of online grocery delivery services worldwide.

The company suffered a setback in 2019 when one of its automated warehouses caught fire at a five-floor facility in southern England. Ocado is making “constant improvements” and “all these facilities will be very safe,” Steiner said. Ocado is also engaged in a legal battle over patents with Norwegian rival AutoStore Holdings Ltd.