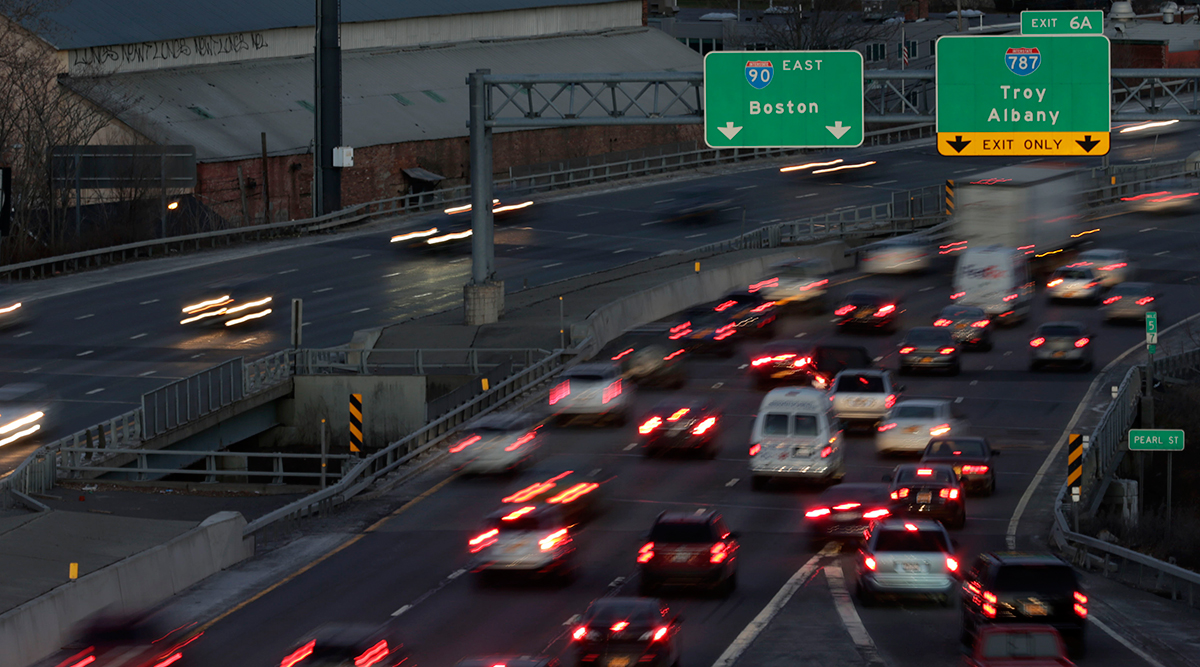 Traffic flows on I-90 in New York. (Mike Groll/Associated Press)

ALBANY, N.Y. — The state Senate on April 26 passed a bill that would essentially mandate that all new passenger cars sold in the state run on electric power by 2035. The measure, which had earlier passed in the Assembly, would also have trucks and other heavy duty vehicles run on electricity by 2045.

The bill will now go to Gov. Andrew Cuomo for approval or vetoing.

With more than 11 million vehicles in New York, environmentalists have pointed out that the transportation sector is the single largest contributor to greenhouse gas emissions in the state.

Electric cars have made headlines in recent years, with innovations such as the Tesla or Chevrolet Bolt gaining wide acceptance.

But the higher cost of these cars and worries about their range, or distance they can travel without recharging, has kept sales fairly low. As more and more charging stations go online, however, that should change.

Additionally, some major automakers are moving toward all-electric lineups on their own.

Volvo has said it would only offer electric cars by 2030. General Motors said it wants to go all-electric by 2035 and Honda by 2040.

The April 26 vote was welcomed by environmentalists.

Requiring vehicles to be entirely free of carbon and other toxic emissions is the best way to ramp up our fight against climate change. Together, we can make a difference, but it is going to take an all-out initiative to save our planet. pic.twitter.com/Tv0pxjH0kE

“Electrification is the future. We have a real opportunity to reverse course and electrify the transportation sector, which opens the door to removing dirty tailpipes from our roads,” said Rachel Patterson, legislative and climate associate for Environmental Advocates NY.