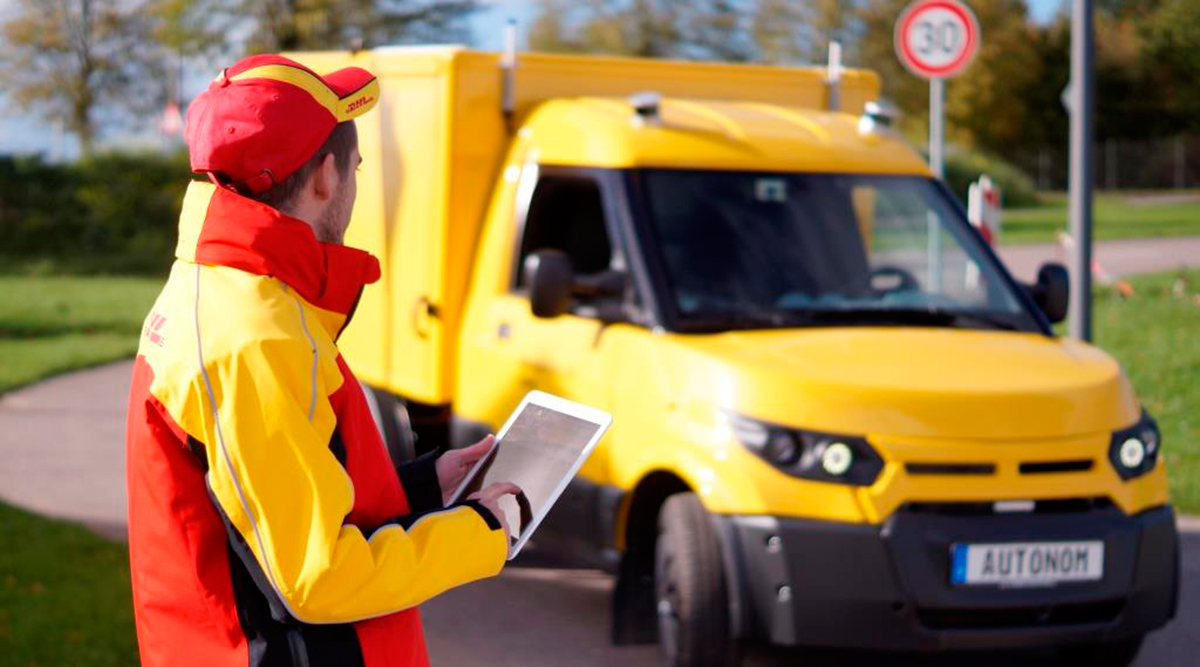 Trials will begin next year, and eventually driverless trucks may follow human-controlled vehicles drivers around as they drop off parcels. Or the robovans might take over deliveries entirely.

The Santa Clara, Calif.-based company will offer the new product in the second half of 2018, it said

Like rivals Intel Corp. and Qualcomm Inc., the company is trying to parlay its core skill — computer graphics processing — into leadership in autonomous vehicles, a potential growth area for the semiconductor industry. Graphics processors are good at small manipulations of visual data in parallel, and Nvidia argues that’s ideal for the kind computing needed to make cars see the world around them.

Nvidia has learned from 225 partners, including Yandex NV, Zoox and NuTonomy that are using its computing systems to bring autonomous capabilities to vehicles.

The trunks of their current self-driving cars resemble small data centers stuffed with racks of personal computers. That’s too expensive, bulky and uses too much power for mass-production vehicles, Nvidia said. Its new Pegasus systems are a better fit, the company added.

“These are going to be the highest performing and most energy efficient for a Level 5 vehicle,” said Danny Shapiro, who heads Nvidia’s automotive chip business.

Nvidia initially expects trials of taxi and delivery vehicles on private land such as corporate campuses, said Shapiro. The company isn’t predicting when they’ll make their way onto public highways.

“The technology is going to be ready before the laws are in the United States,” he said.