NTDC Finals Have a Familiar Feel 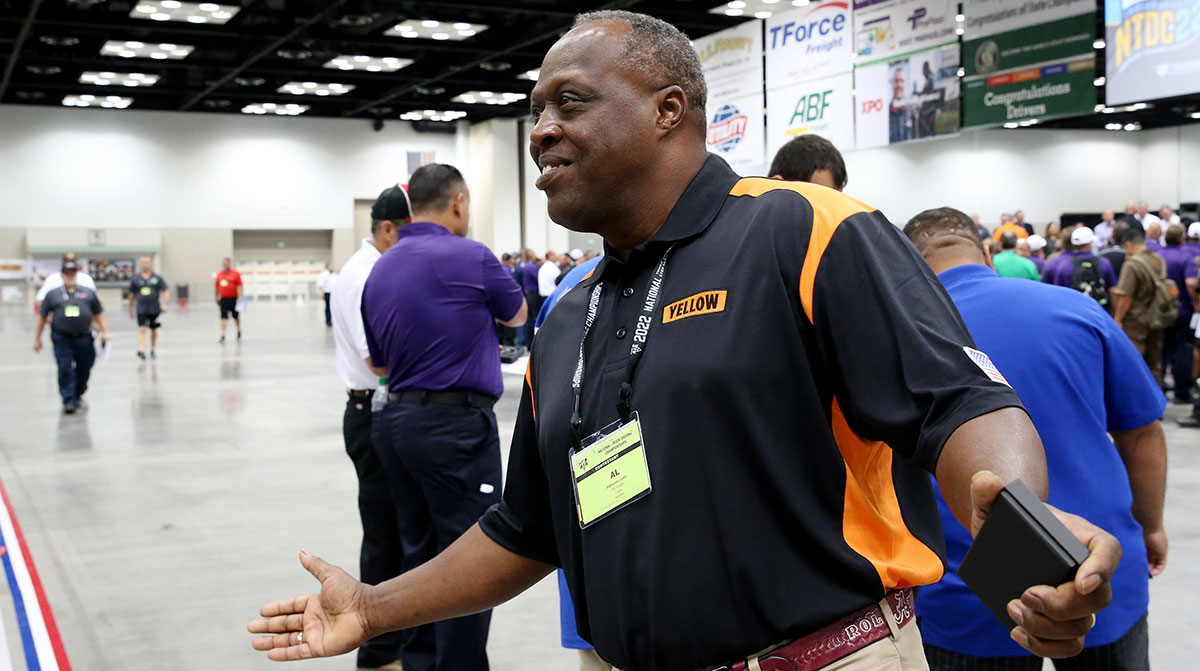 Alphonso Lewis of Yellow celebrates after advancing to the finals in the 5-axle division at the National Truck Driving Championships in Indianapolis. Lewis was national grand champ in 2007. (John Sommers II for Transport Topics)

The four former national grand champions finished in the top five in their respective vehicle classes after three days of competition.

Not advancing to the final round was FedEx Freight’s Scott Woodrome of Ohio, who won national grand championships in 2018 and 2019.

The top five scorers from nine divisions qualified for the finals Aug. 19.

The four decorated drivers and the other 41 finalists are tasked with competing on a newly designed driving course at what’s been called the “Super Bowl of Safety.” Top performers in the finals will be crowned winners in their division, and best-in-show will be this year’s national grand champion. Winners will be announced during an evening ceremony. 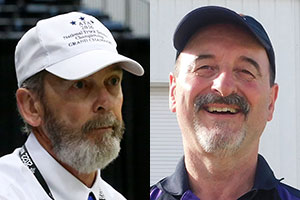 “Big names,” White said, reflecting on the competition in the sleeper berth. “You win this class, and you’ve done something.”

Langenhahn said he felt ready for the final round, while Lewis and Bolduc were displaying game faces prior to their last drive around the course. Joining White and Bolduc in the sleeper berth class is FedEx Freight’s Eric Courville, this year’s Louisiana grand champion.

American Trucking Associations President Chris Spear speaks to the drivers on the final day of competition at the National Truck Driving Championships in Indianapolis. (John Sommers II for Transport Topics)

XPO’s Ina Daly from Arizona, the only woman to advance to the finals, is competing in the tanker division. She said she’s been celebrating each moment this week.