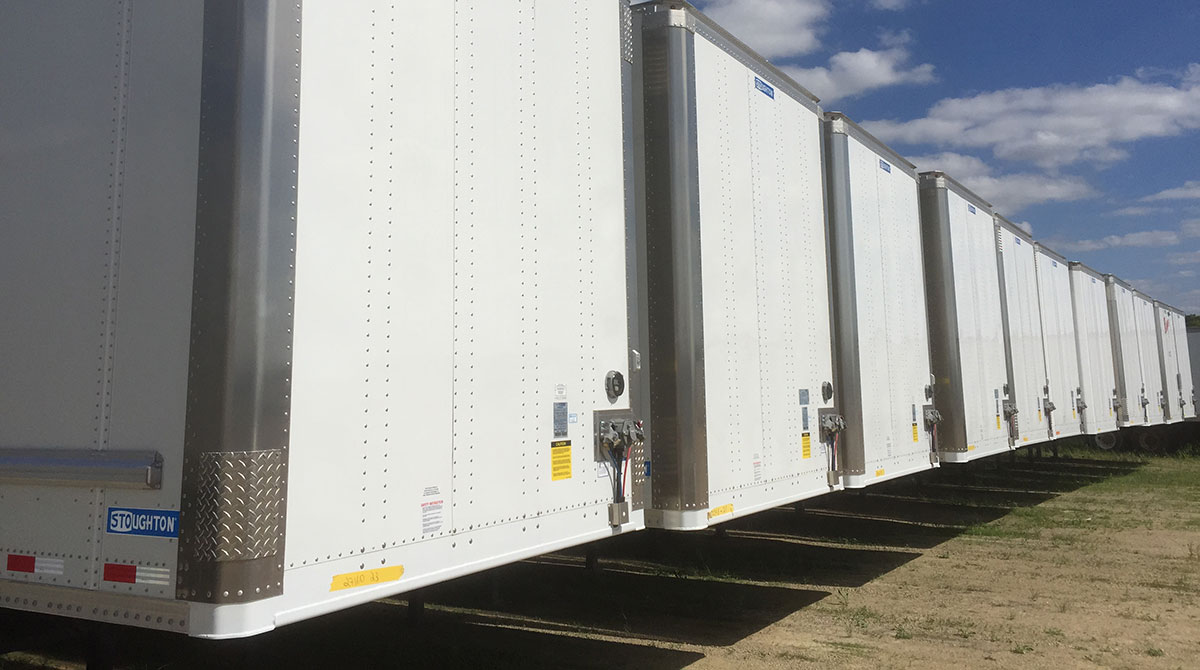 U.S. trailer orders in November climbed to 39,500 as demand for dry vans and refrigerated trailers powered ahead, along with strengthening flatbed activity, ACT Research reported.

November’s volume basically doubled that from a year earlier when orders were about 19,500, according to ACT, citing trailer makers’ preliminary data. This followed an October that was the third-best net order month in history.

“I think we would be aligned with other OEMs at the moment in saying the current demand for 2021 equipment exceeds the ability of OEMs to build it,” said Sean Kenney, chief sales officer at Hyundai Translead, “which also happens to exceed the supply base’s ability to supply for it.”

Backlogs are moving deep into 2021, trailer makers said. And costs are rising in many areas, especially the metals.

“The order intake in the prior months was so high that we didn’t think it would sustain into November, as most of our fleets have placed the majority of their orders already,” said Chris Hammond, executive vice president for sales at Great Dane. “Confidence from the fleets is in no way waning; it’s just a matter of having so many placing orders already is why the number is down a bit month-over-month.”

Hammond said Great Dane expected to keep hiring into 2021 as its production rates are “scheduled to stay high for some time.”

The industry has now had six consecutive months with solid year-over-year gains in net orders, and November will likely rank in the industry’s top 10 months, ACT noted in a release.

Demand has remained “through the roof,” said David Giesen, vice president of sales at Stoughton Trailers. “The issue now is that customers are asking for trailers and the space does not exist anymore.”

At the same time, he added, “labor is a struggle and will remain so through 2021 from all predictions.”

Dry vans have been the foundation of the recent order surge, and that pattern continued during November, said Frank Maly, director of commercial vehicle transportation analysis and research at ACT. “While more than twice the pace of last November, dry van orders appear to be roughly two-thirds of October’s level.”

Fleet expectations are increasing centered around a “vibrant” freight market in 2021, said Don Ake, vice president of commercial vehicles at FTR. “The outlook continues to get better even though you have uncertainty, with the pandemic as bad as it ever has been.”

The path was the same at Utility Trailer Manufacturing Co.

“Ever since August, business has been almost straight up and finally even flatbeds have recovered,” said Craig Bennett, senior vice president of sales at Utility.

The major challenges are finding and training new hires, receiving enough material supply to support the buildup in production, and dealing with weekly COVID19 cases, he added.

“We are doing our best to satisfy our existing good customer base,” Bennett said, “but not everyone is getting all they want exactly when they want it.”

Bennett was optimistic 2021 will be strong at least through the first half, depending on what happens in Washington with the Biden administration and also with the new COVID-19 vaccines.

Grote concluded a light with brake warning functionality will improve visibility and safety for all drivers. In a recent study, a flashing amber brake-activated light showed it can help reduce the frequency of rear-end collisions by more than 33%, according to the Madison, Ind.-based company. The waiver, FMCSA-2020-0122, was granted based in part on this data.

Grote’s target audience is fleets that are increasing their safety protocols on existing equipment.

Stoughton has had “a couple of customers” inquire about the pulsating brake light, Giesen said, but added, “So far, we have not had any commit to the change.”

Meanwhile, Kenney said the 2021 order season has been very similar to the previous surge in orders, with one major exception.

“This feels as though it occurred in about half the time,” he said, “with a far more complex set of constraints to navigate.”