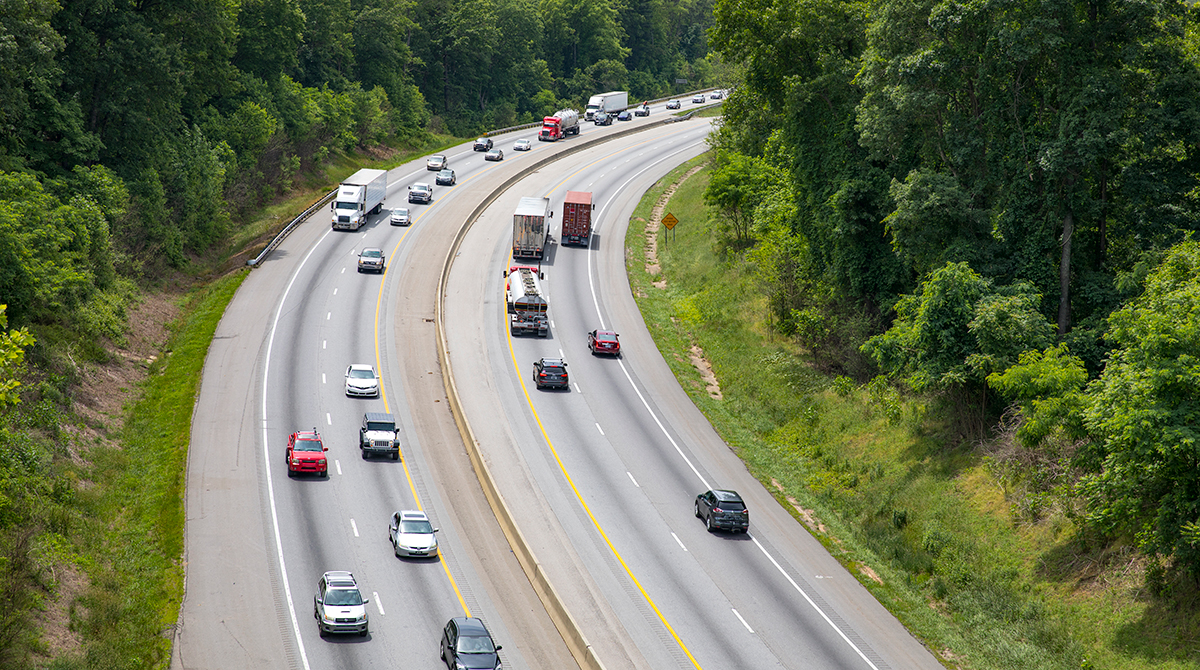 Trucks on an interstate in North Carolina. (Milepost430Media/Getty Images)

Truck tonnage in November posted the strongest year-over-year gain since spring, American Trucking Associations announced on Dec. 21, as busy consumer spending both in brick-and-mortar stores and online propelled a surge in freight activity.

The seasonally adjusted ATA For-Hire Truck Tonnage Index rose to 114.5 in November, a 2.5% increase compared with the same month in 2020 and a 1.3% improvement compared with October’s 113.

“The index saw the largest gain from a year earlier since May,” ATA Chief Economist Bob Costello said, adding that the tonnage level itself was the highest since April. “In November, strong factory output and housing starts helped push the index higher.” Despite those results, Costello noted that the index fell a total of 4.6% from April through July. “We are not quite back to where we were last spring,” he said.

The ATA tonnage index is dominated by contract freight, as opposed to spot market freight. ATA calculates the tonnage index based on surveys from its membership and has been doing so since the 1970s.

Recent figures from the annual Mastercard SpendingPulse survey show American consumers were in a spending mood this holiday season. Year-over-year holiday retail sales excluding automotives increased 8.5% from Nov. 1 through Dec. 24. Notably, online sales grew 11% compared with the same period last year. Consumers were also shopping earlier this year, as total retail sales were up more than 8.6% year-over-year for the 75 days between Oct. 11 and Dec. 24.

“Shoppers were eager to secure their gifts ahead of the retail rush, with conversations surrounding supply chain and labor supply issues sending consumers online and to stores in droves,” Mastercard Senior Adviser Steve Sadove said. “Consumers splurged throughout the season, with apparel and department stores experiencing strong growth as shoppers sought to put their best-dressed foot forward.”

“Overall growth has now been over 70.0, a level we would classify as significant expansion, ten months in a row and 13 of the last 15,” said the report, which is authored by academic and industry professionals from Arizona State University, Colorado State University, Rochester Institute of Technology, Rutgers University, the University of Nevada-Reno and the Council of Supply Chain Management Professionals.

The report noted that store shelves were not as bare as some had feared.

“The shortages of retail goods this holiday season have not been as severe as they were predicted to be. This seems to have been largely achieved by firms spending heavily on warehousing and transportation to get goods downstream,” the report said.

The November DAT Truckload Volume Index also reflected robust conditions in the trucking industry during the holiday shopping and shipping season. The monthly reading of 239 equaled October’s number, which set a record for the number of loads moved by motor carriers in a month. DAT said prices to move van and refrigerated truckload freight continued to climb as businesses paid more to get food and other goods delivered in time for holiday shopping.

“November had a familiar feel with spot rates cresting at a high level and contract rates continuing to creep upward,” DAT Chief of Analytics Ken Adamo said. “One exception was the sharp increase in spot reefer rates as food retailers tried to keep pace with people gathering for the holidays and going out for entertainment.”