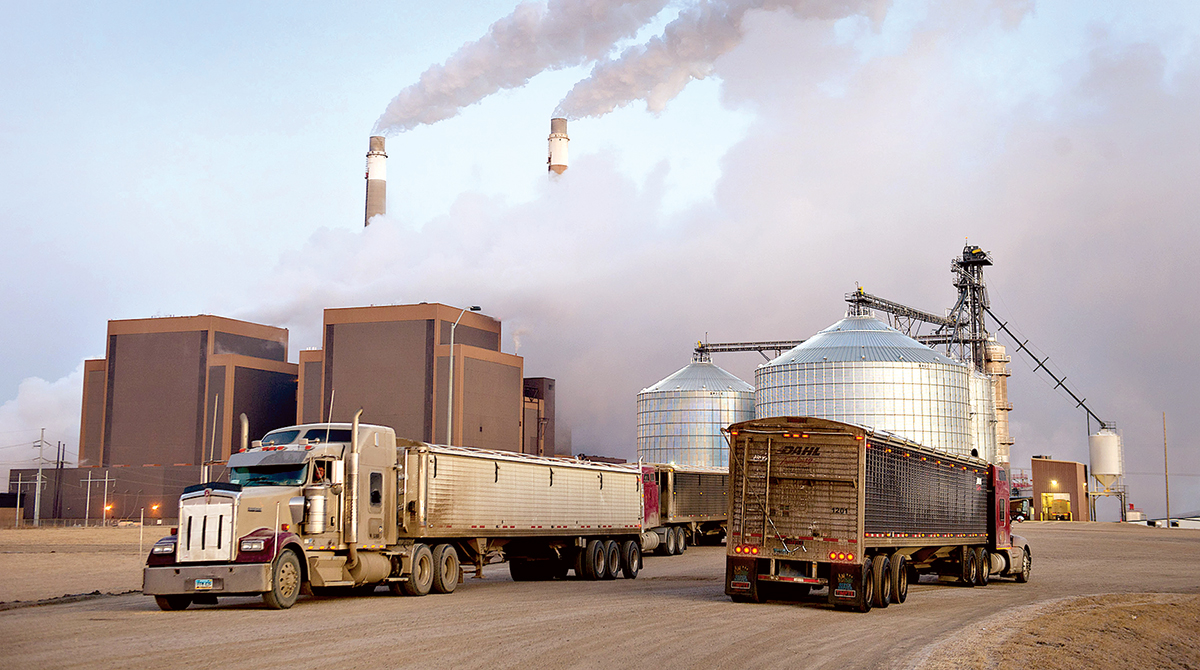 Trucks outside an ethanol plant in North Dakota. The program, approved last year by the state Legislature, would permit trailer combinations up to 130 feet on state roads. (Daniel Acker/Bloomberg News)

Regulators in North Dakota have extended a deadline for freight haulers to apply to participate in a pilot program that would allow longer trailer configurations on state roads.

The program, approved last year by the state Legislature, would permit trailer combinations up to 130 feet on state roads, but so far no motor carriers have applied to participate.

While the initial Nov. 30 deadline for applications to the program has passed, NDDOT Assistant Communications Director David Finley said parties may still apply until June — the latest NDDOT can accept applications and still meet an Aug. 1 deadline for a project report.

One reason for the lack of interest may be the program’s restriction to state roads, said Eric Grove, president of the North Dakota Motor Carriers Association, as current federal regulations cap combination trailer lengths on interstate highways at a 100-foot cargo-carrying length for two trailers behind a power unit, and 103 feet for a configuration that includes the power unit. Two primary interstate freight routes in the region include I-29, which connects South Dakota and Canada, and I-94, which links Montana and Minnesota across North Dakota

“There is not the tonnage of freight going on these state highways,” as there is on interstates, Grove said, noting that carriers in the state would like to see more combinations such as two 53-foot trailers or connecting 53- and 42-foot trailers, which currently are permitted. 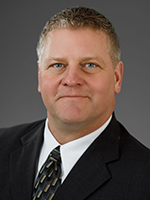 The pilot would also allow tandem 53-foot trailer combinations traveling in from Canada — where such configurations are permitted — to cross into North Dakota, noted state Sen. Oley Larsen (R), a supporter of the measure. He said there is a need for these configurations to haul agricultural goods.

A key question for the program is whether Gov. Douglas Burgum has authority to exempt from federal limits combination trucks on interstates that cross through his state. Mike Nowatzki, the governor’s communications director, referred questions about interstate restrictions to NDDOT “as the lead agency on this project.”

Larsen believes the governor has the authority to exempt longer trucks in the pilot project. However, NDDOT Office of Operations Director Wayde Swenson in Jan. 7 testimony before the state Legislature said, “We have found in our research [that] neither the state of North Dakota or federal government agencies can waive related statutes or federal regulations for weight on interstates and length on the National Network respectively. That can only be changed by the U.S. Congress.”

According to Federal Highway Administration spokesperson Nancy Singer, the state cannot allow a multiple-cargo unit “beyond 103 feet per 23 CFR 658 Appendix C, on the National Network, which includes the interstate and other roads in North Dakota.”

“We’re in talks about what to do next due to a lack of interest,” Finley said, adding that the NDDOT “is not totally giving up on it.” The state allocated $160,000 for the venture.

“We thought people would be available [to participate], but haven’t seen it on our end,” he said.

Agricultural haulers would be ideal for the project, Larsen said, but also noted that the measure has failed to advance in previous legislative sessions.

Supporting the bill in 2020 was the Red River Valley Sugarbeet Growers Association, which submitted a letter on behalf of its growers. The group represents more than 40% of the U.S. sugar beet harvest — from 11.4 million to 12.3 million tons of sugar beets each fall.

“Freight has become a significant challenge and cost to our growers, wrote Harrison Weber, association executive director, at the time. “It is important to look at various options and creative changes to our entire freight system.”

Larsen said he has heard commercial freight carriers are, indeed, holding back because they want to use national roadways rather than state highways and county roads. When asked what would happen if there are ultimately no takers, Larsen replied, “Then we’ll be done with it.”

Grove is hopeful for a different outcome. “We’re here all trying to do the right thing — the [North Dakota Department of Transportation] the governor and legislators,” he said. “Everyone wants to be sure we don’t hurt the state. There’s a shortage of drivers, limited resources and lots of freight to move.”