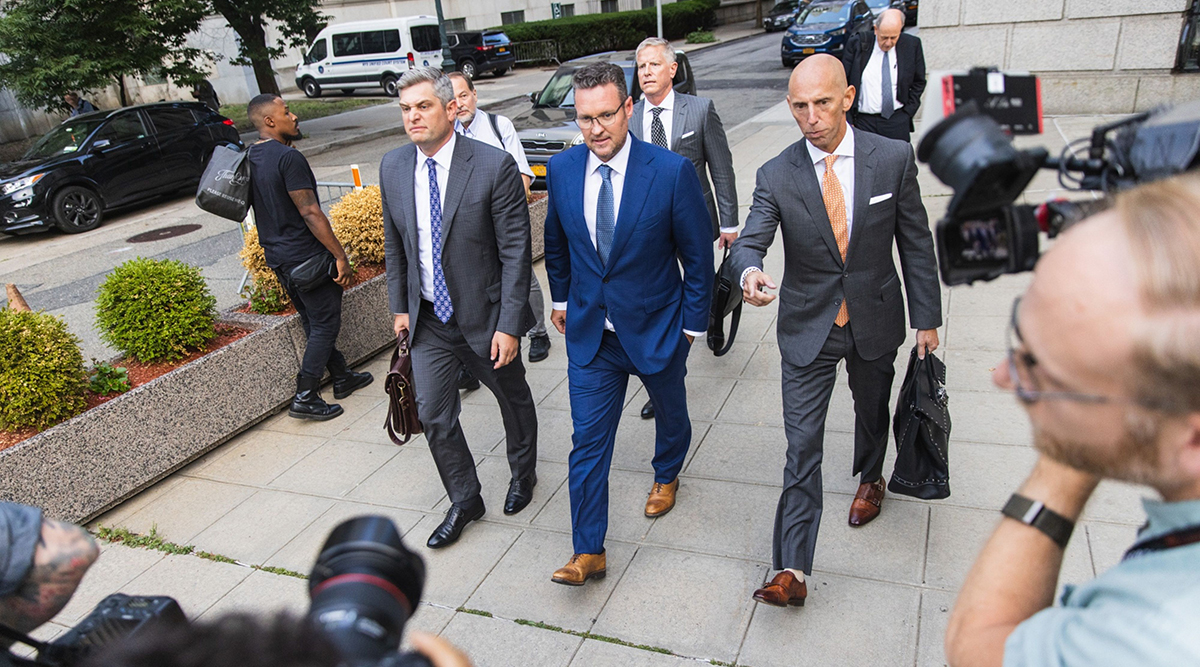 A former Nikola Corp. contractor whose allegations of fraud at the electric truck company helped spur a criminal investigation told a federal jury he made $600,000 off a short seller’s report on Nikola.

Paul Lackey, an engineer at the electric-drive systems company EVDrive that did contract work for Nikola, was testifying under questioning by the defense in the criminal trial of Nikola founder Trevor Milton. He said he gave short seller Hindenburg Research information in exchange for a share of its profits from shorting the company’s shares.

The U.S. alleges that Milton, 40, lied to investors again and again to make Nikola look better than it was and pump up the stock. The defense has called the case “a prosecution by distortion.”

Lackey, a key government witness, took the stand on Sept. 14 for a second day of testimony under a fiery cross-examination by defense attorney Kenneth Caruso. Milton watched intently from the defense table in the lower Manhattan courtroom, hands clasped.

Caruso asked Lackey about a statement he made that he wasn’t using his knowledge to make money.

“But that’s exactly what you did, didn’t you?” Caruso asked.

“I was not trying to use it to make money,” Lackey said.

“I did ultimately receive that money,” Lackey acknowledged.

Lackey also acknowledged that he is part of a whistleblower group that made a complaint about Nikola to the U.S. Securities and Exchange Commission and that he could reap further compensation from an award for that role.

“You want some more money, don’t you?” Caruso asked.

“I wouldn’t mind it,” Lackey said.

The allegations in the Nikola report by Nate Anderson’s Hindenburg, published in September 2020, captured Wall Street’s attention. Nikola shares tumbled about 24% in the two days following the report.

The trial comes two years after Milton abruptly resigned from the company’s board, following scrutiny spurred by Nikola’s share listing in June 2020. The stock’s initial surge turned small investments by manufacturers such as CNH Industrial NV and Jeff Ubben’s ValueAct Capital Management into stakes worth billions of dollars at the time, reflecting optimism that Nikola could become a Tesla-like disruptor.

Lackey on Sept. 13 told the jury he was the owner of the previously anonymous @nikolainsider account, which shared images and details and claimed Milton had made false statements about Nikola’s progress.

“Paul Lackey is a brilliant, brave, down-to-earth guy who saw something wrong and spoke out,” Hindenburg’s Anderson said in an email. “We’re grateful to have a business model that rewards whistleblowers for doing the right thing.” 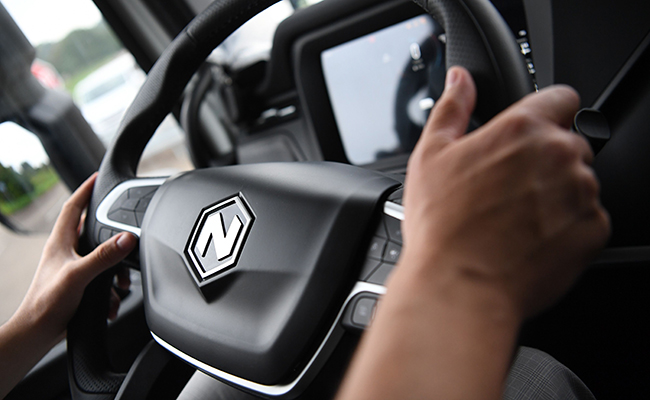 The steering wheel of a Nikola truck. (Andreas Gebert/Bloomberg News)

Lackey’s information was part of a broader whistleblower complaint that included Hindenburg and others. Hindenburg called Nikola an “intricate fraud” that, among other allegations, made nonworking products appear as fully functional and staged a phony marketing video. Nikola pushed back, accusing the short seller of making misleading statements designed to manipulate its shares.

The report prompted investigations into the company by the U.S. Securities and Exchange Commission and the Justice Department.

After Lackey stepped down from the witness stand, prosecutors called Elizabeth Fretheim, former head of business development at Nikola and now in charge of sustainability. They questioned Fretheim about “far-reaching” concerns she had over statements Milton made, including on a TeslaCharts podcast in July 2020, in which she says he misstated the company’s capabilities for producing hydrogen fuel.

Fretheim said she didn’t want to contradict the company’s executive chairman in front of customers but feared that his statements could violate SEC rules and open Nikola up to liability.

“If potential investors took us at our word that what he was saying was accurate, they could make investment decisions based on that and then come back if it turned out not to be true,” Fretheim testified, framing the heart of the government’s case against Milton.

She said some of his comments made her feel “sick.”

“To be honest, it made me kind of sick to my stomach,” Fretheim told the court. “Because of the potential repercussions.”

The trial started out on Sept. 13 with the government in its opening statement calling Milton a serial liar. “He repeatedly lied to investors about his company, and he made a billion dollars by doing so,” a prosecutor told the jury, saying, “This is Trevor Milton.” The defense put the dictionary definition of “distortion” on the courtroom screens.

The most compelling part of the first day may have been Lackey’s testimony that he was so struck by a video of Nikola’s first prototype in action that he probed how the footage was produced — only to learn it was staged to make the powerless vehicle look like it was speeding along under its own steam.