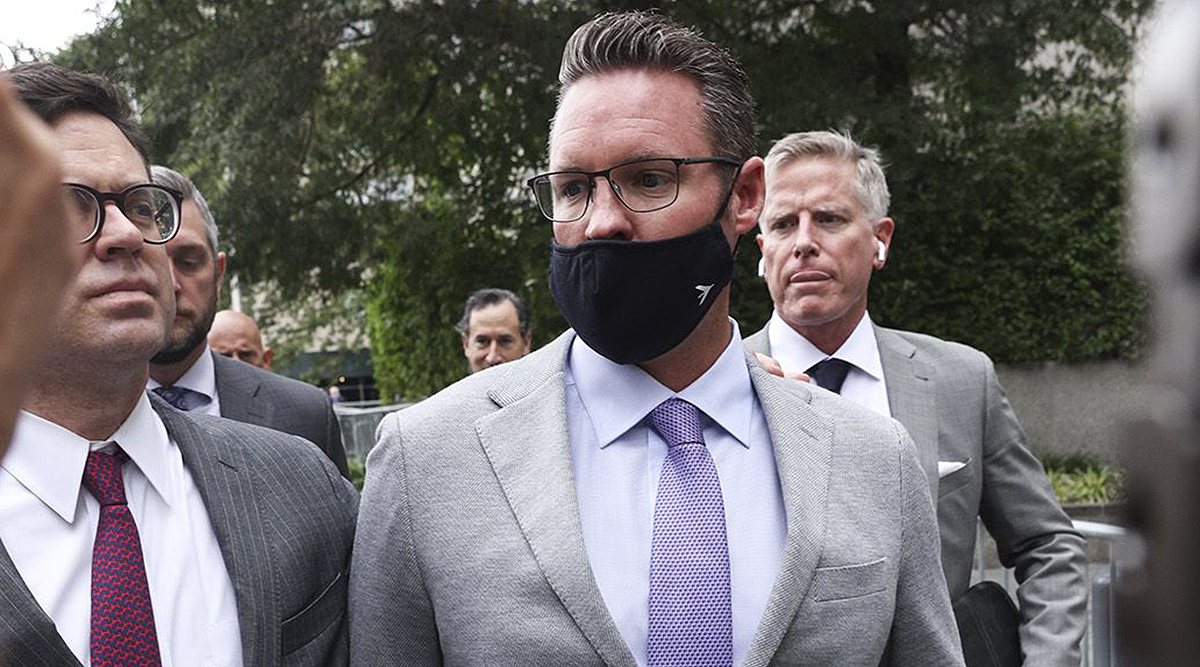 NEW YORK — Trevor Milton, the founder and one-time executive chair of Nikola Corp., surrendered July 29 in New York to face charges alleging he lied about the electric and hydrogen-powered truck startup, duping some financially struggling novice investors looking for income during the pandemic.

Milton, 39, of Oakley, Utah, resigned from Nikola in September amid allegations of fraud. At the time, Milton said he would defend himself against accusations that the company made false claims about its vehicles, allegations Nikola rejects.

In an indictment unsealed July 29 in Manhattan federal court, prosecutors charged Milton with two counts of securities fraud and one count of wire fraud.

He pleaded not guilty and was released on $100 million bail, which was secured by two Utah properties, including one that a prosecutor said was recently assessed at $36 million.

His lawyers issued a statement saying Milton was not guilty of the charges and would be exonerated.

The statement called the case “a new low in the government’s efforts to criminalize lawful business conduct. Every executive in America should be horrified.”

“Trevor Milton is an entrepreneur who had a long-term vision of helping the environment by cutting carbon emissions in the trucking industry. Mr. Milton has been wrongfully accused following a faulty and incomplete investigation in which the government ignored critical evidence and failed to interview important witnesses.”

Manhattan U.S. Attorney Audrey Strauss said Milton from November 2019 through last September “brazenly and repeatedly used social media, and appearances and interviews on television, podcasts, and in print, to make false and misleading claims about the status of Nikola’s trucks and technology.” She told a news conference that the charges were “where the rubber meets the road.” 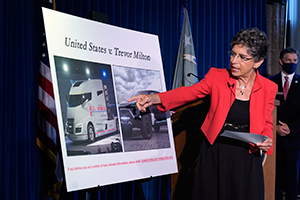 The indictment cited numerous public statements Milton made as false and misleading, including his claims that the company had early success at creating a “fully functioning” semitruck prototype known as the “Nikola One.” Milton knew the prototype was inoperable, it said, and was missing key parts, including gears and motors.

Last year, a report from Hindenburg Research said Nikola’s success was “an intricate fraud” and based on “an ocean of lies” including a video showing a truck rolling downhill to give the impression it was cruising on a highway, and stenciling the words “hydrogen electric” on the side of a vehicle that was powered by natural gas.

The video was included in the indictment, along with Milton’s explanation that the truck did not drive under its own power because motors and gears were removed for safety reasons and that Milton “never deceived anyone.”

Milton also misled investors when he said Nikola had engineered and built an electricity- and hydrogen-powered pickup truck known as “the Badger” from the “ground up” using Nikola’s parts and technology when he knew that wasn’t true, the indictment said.

The indictment alleged he misled investors as well when he said Nikola was producing hydrogen at a reduced cost “when Milton knew that in fact no hydrogen was being produced at all by Nikola, at any cost.”

It said he also told investors that the company had developed batteries and other important components itself when Milton knew Nikola was acquiring those parts from third parties. In addition, Milton allegedly claimed that reservations made for future delivery of Nikola semitrucks were binding orders representing billions of dollars in revenue, when most of those orders could be canceled at any time and were for a truck Nikola had no immediate plans to produce.

The indictment said the claims were aimed at retail investors who did not have professional experience in the securities markets.

Shares of Nikola Corp., headquartered in Phoenix, tumbled 7% before the opening bell July 28.

The indictment said retail investors harmed by the misleading statements included people with no prior stock market experience who began trading during the coronavirus pandemic to replace or supplement lost income or to occupy time during the lockdown that resulted from the health crisis.

Some of them, it said, suffered hundreds of thousands of dollars in losses, including the loss of retirement savings or funds they had borrowed to invest in Nikola.

Meanwhile, Milton was motivated to mislead investors to “enrich himself and elevate his stature as an entrepreneur,” the indictment said, noting that the value of his interest in Nikola rose as high as $8.5 billion at one point, moving him closer to his dream of being listed among the world’s 100 wealthiest people.

Milton was described in the indictment as a “serial entrepreneur from Utah with no formal background in engineering” when he started Nikola in 2015. After Nikola announced in March 2020 that its stock would be publicly listed, Milton “became increasingly preoccupied” with its stock price and keeping it high, it said.