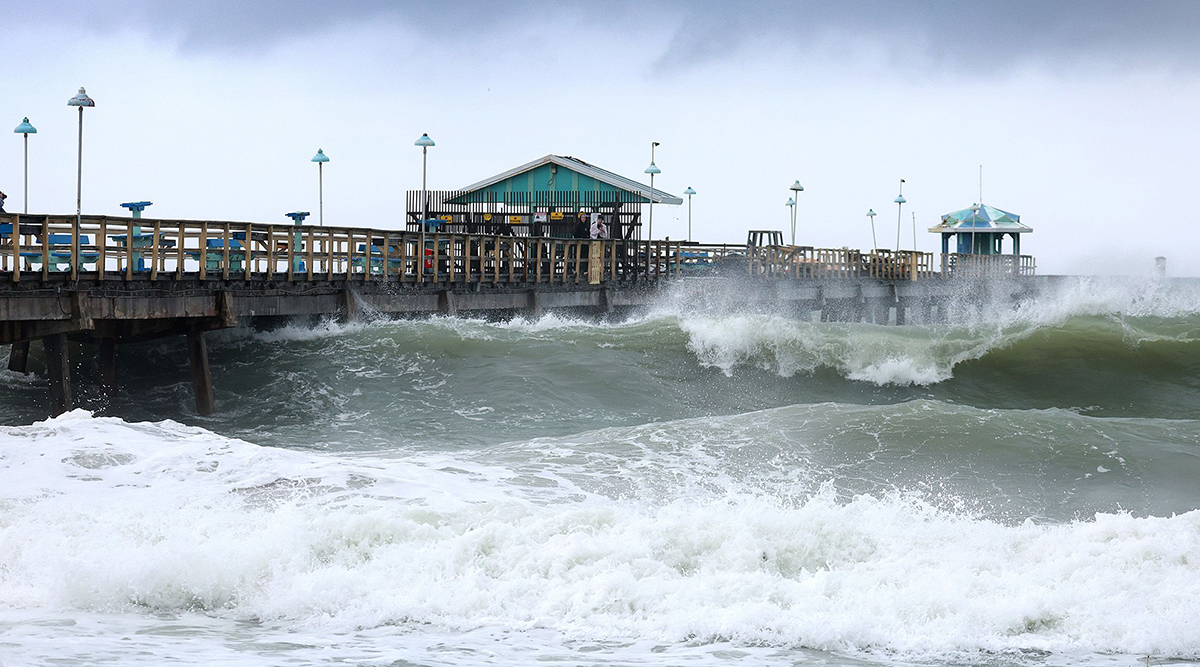 Nicole, now a tropical storm, is lashing central Florida with heavy rain and powerful wind, leaving a trail of blackouts and floods.

The storm, which came ashore early Nov. 10 as a rare November hurricane, had maximum sustained winds of about 60 mph as it roared toward Orlando, according to an advisory from the National Hurricane Center at 7 a.m. local time.

After pounding the Bahamas, Nicole made landfall as a Category 1 hurricane near Vero Beach, about 120 miles north of Miami, flooding the shoreline with a powerful surge of water. About 215,000 homes and businesses were without power by 7:15 a.m., according to Poweroutage.us. About 1,200 flights have been canceled, primarily out of Orlando.

As the storm continues north, it’s forecast to dump up to 8 inches of rain in some areas, raising the risk of flash floods and inundating rivers still high from Hurricane Ian. The rains will then spread north as Nicole moves up the eastern U.S. drenching Tennessee, Ohio and Kentucky before turning on the Mid-Atlantic, New York and New England.

Florida has been bracing for the storm. Gov. Ron DeSantis declared emergencies in 34 counties, and at least 23 school districts have canceled classes for Nov. 10. Damages from the storm could exceed $2 billion, according to an estimate Nov. 9 from Kinetic Analysis Corp.

Nicole is an unusually sprawling storm, at one point stretching 700 miles across. DeSantis warned residents to prepare for power outages. About 16,000 utility workers were standing by to repair lines that go down.

The storm will drench parts of the state that are still contending with flooding from Hurricane Ian, which pummeled Florida in September. It knocked out electricity to 2.6 million customers, devastated the orange crop and caused an estimated $71 billion in damage.

Nicole is the 14th named storm of the 2022 Atlantic hurricane season, matching the long-term average but well short of the 19 to 21 tropical systems that researchers had been expecting this year.