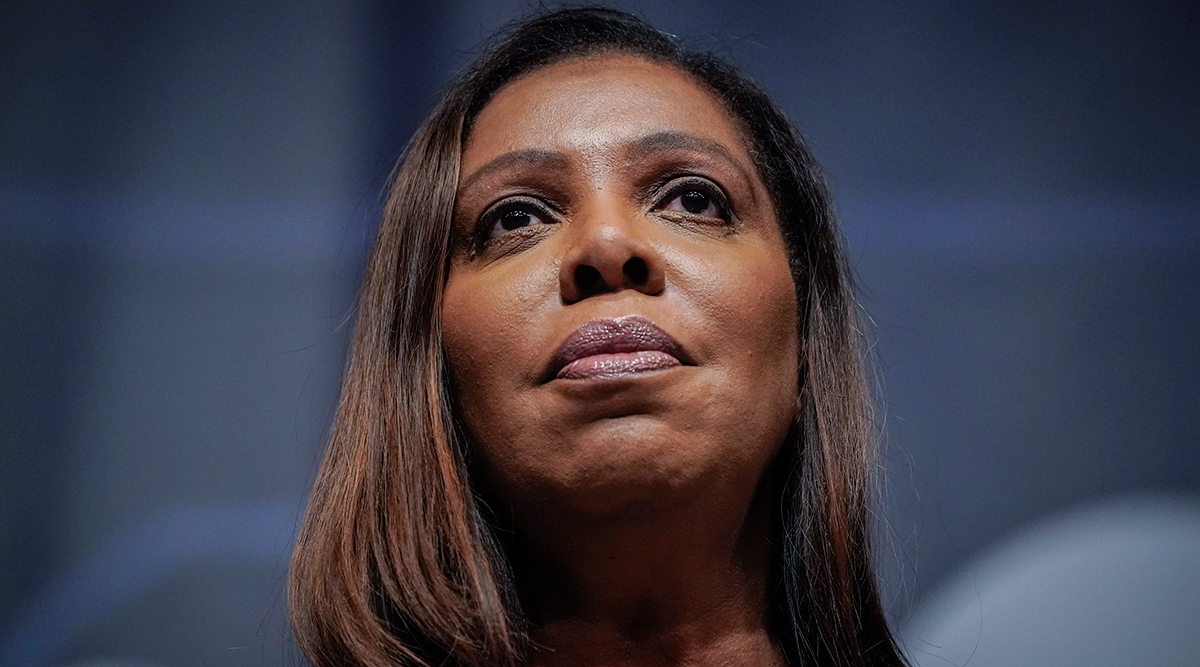 New York Attorney General Letitia James filed the suit, which claimed that Amazon illegally retaliated against workers who spoke up about poor safety conditions in its warehouses. (Seth Wenig/Associated Press)

Besides potentially exposing workers to the virus at two Amazon facilities in New York City, the lawsuit filed by James last year claimed that Amazon illegally retaliated against workers who spoke up about poor safety conditions in its warehouses. They include Chris Smalls, the fired Amazon worker who now heads the Amazon Labor Union, and Derrick Palmer, the group’s vice president of organizing.

The appellate court said in its ruling May 10 that federal labor law preempted state labor law, and the National Labor Relations Board “should serve as the forum” for disputes arising from conduct that’s protected or prohibited by federal labor law, not the states.

It also said the lawsuit’s efforts to require the retailer to comply with New York’s COVID-19 workplace guidelines was dismissed as moot because the restrictions in place at the time have since been lifted.

The court also pointed to a separate NLRB case over another fired employee, Gerald Bryson. It said that case involves “essentially the same allegations of retaliation, and the possibility of inconsistent rulings on the same issue poses an ‘obvious and substantial’ ‘risk of interference’” with the NLRB’s jurisdiction.

Palmer, who was given a final written warning in the early days of the pandemic, is still employed at Amazon.

The court’s ruling is a win for Amazon, which had sought to have the case thrown out but its motion to dismiss was denied by a trial court last year.

“Throughout the pandemic, Amazon has failed to provide a safe working environment for New Yorkers, putting their health and safety at risk,” said Morgan Rubin, a spokesperson for the attorney general, in a statement. “As our office reviews the decision and our options moving forward, Attorney General James remains committed to protecting Amazon workers, and all workers, from unfair treatment.”

The Seattle-based online retailer did not immediately respond to a request for comment. Amazon.com Inc. ranks No. 22 on the Transport Topics Top 100 list of the largest private carriers in North America.