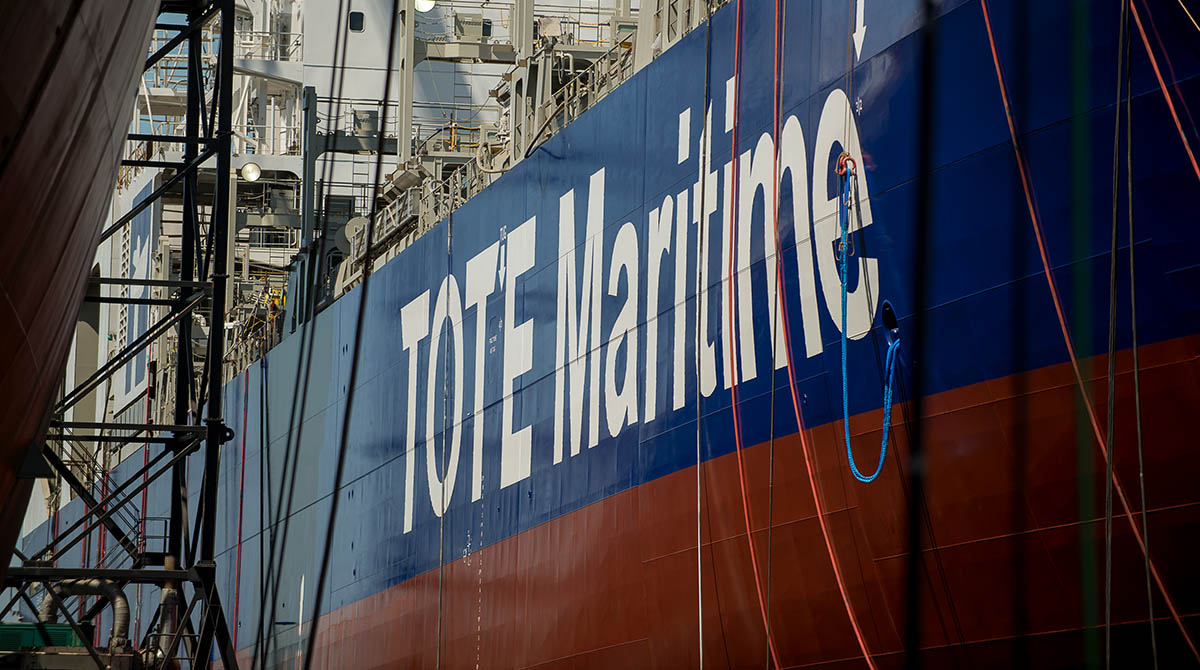 A much-touted plan to start a new Hawaii ocean cargo transportation service is dead in the water.

Two companies that were working to launch what would have been a third major carrier hauling cargo between the West Coast and Hawaii two years from now announced Jan. 26 that the project is on “hold” and that a nonbinding commitment to buy four new ships will expire Wednesday.

The announcement wasn’t a surprise to some industry observers who had been closely following, and were skeptical of, the deal between New Jersey-based maritime company TOTE Inc. and Philadelphia-­based shipbuilder Philly Shipyard Inc.

RELATED: Shipping companies’ expansion in Hawaii could go bust for some

Yet the loss of expected benefits for shippers and consumers from a new competitor in the market served by only two carriers represents a letdown for many who hoped the plan would be realized.

TOTE said in its announcement that a preliminary study of two Honolulu Harbor piers the state reserved for TOTE showed that upgrades and the time needed to make them won’t accommodate the company’s service plan.

The company left open the possibility of maybe proceeding at a later time, but provided no specifics.

“TOTE continues to be open to working with the Hawaii Department of Transportation to update plans and a timeline for access to a Honolulu deep-water terminal that would allow commencement of TOTE’s service to Hawaii,” the company said in a statement.

Transportation Department officials and Gov. David Ige announced in September that tweaking a more than $500 million Honolulu Harbor improvement plan that recently got underway would allow TOTE to start its service using Piers 1 and 2 along with 45 acres of adjacent land.

“This achievement means there will be more shipping options for the business community throughout the state, which lends itself to competitive pricing and lower costs for consumers,” Ige said in a statement at the time. “We are modernizing Honolulu Harbor with much-needed infrastructure improvements and creating space for a new service to enter the market while expanding terminal capacity for the entire shipping industry.”

However, some industry analysts were quick to question whether TOTE could begin using the piers in 2020 when the first two ships were scheduled for delivery, due to the timetable for relocating existing carrier Pasha Hawaii from the site to a new container handling yard and piers.

In November, Anthony Chiarello, president and CEO of TOTE, declined through a spokesman to say how the company expected to use Honolulu Harbor in 2020. Instead, he provided a statement that said, “TOTE remains committed to Hawaii and we look forward to launching service to the islands in 2020 under the agreement we’ve reached with the Department of Transportation.”

TOTE’s plan came about through an effort by Philly Shipyard to build more ships. The shipbuilder announced in June that it had begun work on the first of up to four ships for a new Hawaii service to be run by another company with which it was negotiating.

In August, TOTE stepped forward as that partner, and said it expected to have two ships delivered in 2020 and two more in 2021 to challenge Pasha and market heavyweight Matson Inc.

However, some industry watchers believed the plan was a ploy to disrupt Pasha from buying two new ships from Texas shipyard Keppel AmFELS.

“The clear intent was to force Pasha to not move forward with their Keppel order,” Nolan’s report said.

On Jan. 26, Philly Shipyard said in a statement that it is suspending all work on the two ships. The company added that it is exploring other ways to secure contracts and financing for these ships, and intends to resume the project “when there is more clarity regarding the new order situation and related capital requirements.”