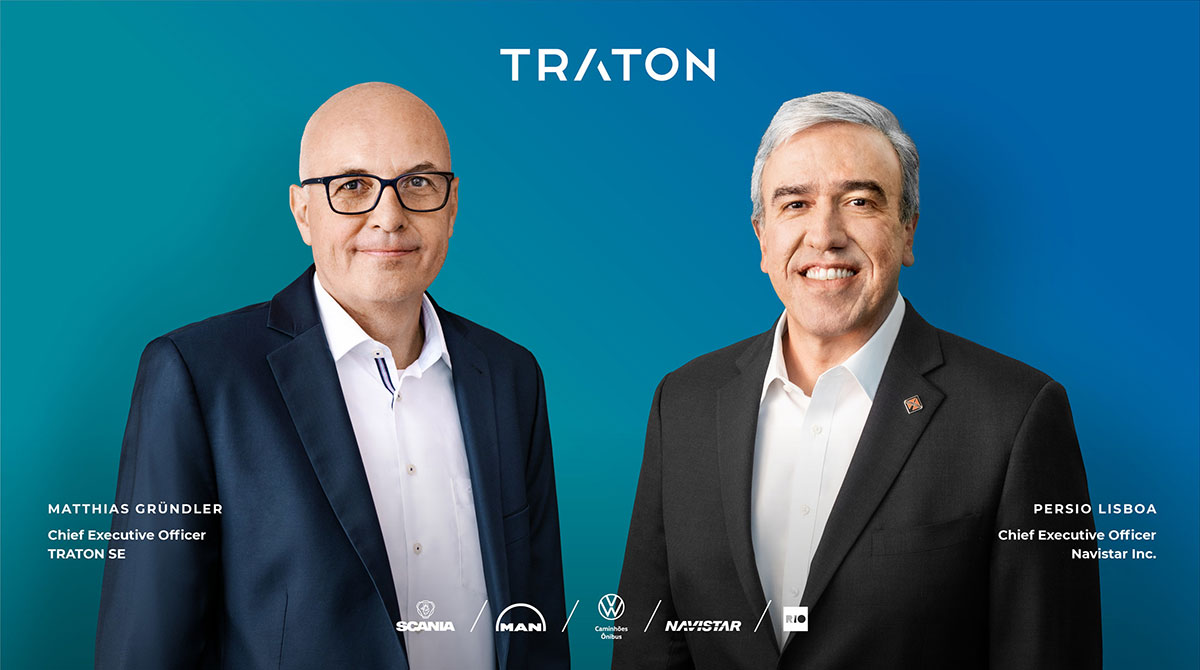 Navistar International Corp. announced it merged with Munich-based Traton Group in a transaction valued at $3.7 billion, finalizing a strategic alliance launched in 2017.

Traton now has a firm foothold in the United States, considered the biggest source of profits for the truck industry.

Traton holds all shares in Navistar, which is scheduled to be de-listed and deregistered with the U.S. Securities and Exchange Commission this month, according to Traton (formerly Volkswagen Truck & Bus AG), a subsidiary of Volkswagen Group.

Check out some of Navistar's trucks and products. 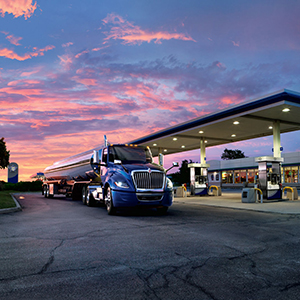 “Today is a sensational day for the Traton Group and for our new colleagues at Navistar joining the global Traton family,” Traton CEO Matthias Gründler said in a release. “From this day on, we will be working side by side to bring sustainable transportation of the future one step closer. This is something the entire group is looking forward to.”

Traton’s brands include MAN, Scania, Volkswagen Caminhões e Ônibus and RIO. In 2020, Traton sold around 190,200 vehicles. Its product range comprises light commercial vehicles, commercial vehicles and buses that are produced at 29 facilities in 17 countries. For the period ended March 31, the company posted a quarterly record number of orders, 81,700, up 51% compared with a year earlier, and largely lifted by truck orders of 78,700.

Gründler noted the smooth, quick “impressive work on both sides of the Atlantic” to push ahead on the merger despite the obstacles presented by the COVID-19 pandemic.”

Navistar CEO Persio Lisboa said Navistar is ready for the next steps in the collaboration.

“Over the past five years, Navistar and the Traton brands have worked very well together and it is exciting to become now part of the global Traton Group,” Lisboa said. “The transport industry is changing rapidly. And together we will shape this change, for the sake of our customers.”

Among those next steps for Traton will be focusing increasingly on the Chinese market — which accounts for 40% of sales of trucks over six tons, according to Traton.

“Chinese fleet customers are increasingly looking toward higher-end vehicles. They are expecting more and more in terms of efficiency and safety. We want to meet this demand,” Gründler said during Traton’s annual meeting June 30. 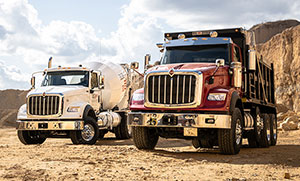 “We want to create new business models and partnerships that add value. We are expanding our perspective on logistics and digitalization,” said Gründler.

Gründler also emphasized that all its brands have a clear target for returns. “That means making our brands even stronger.”

Navistar reported net income for its fiscal second quarter ended April 30 was $163 million, or $1.63 per diluted share, compared with a net loss of $38 million, a loss of 38 cents, a year earlier.

Revenue inched up to $2.1 billion compared with $1.9 billion a year earlier.

Even as analysts largely praised the acquisition, Bloomberg News reported, Traton has in the past struggled to integrate industrial operations after taking full control.

Bloomberg pointed to rivalries that marred cooperation between Scania and MAN for years, and Traton embarked on a deep restructuring at MAN after cost-sharing projects with Scania failed to stop a dramatic erosion in earnings.

At the same time, Traton has taken steps to build its presence in Asia. It cooperates with Toyota Motor Corp.’s truck subsidiary Hino on purchasing as well as battery-electric and fuel-cell trucks. Traton’s Swedish Scania brand announced in November it will build a wholly owned production facility in China to make trucks starting early next year, Bloomberg reported.

Meanwhile, Traton has developed a 13-liter common base engine that it will install first in Scania vehicles in Europe. Then it will roll it out to further brands so that by 2025, every second heavy-duty truck of the Traton brands should be powered by the CBE.

Looking ahead, Gründler said the future will clearly be shaped by battery-electric commercial vehicles. “The CBE is the last conventional drive to be developed by the Traton family and its brands,” Gründler said.

Today the @TRATON_GROUP is welcoming a new member of the family: @NavistarNews. The certificate of merger that was submitted today successfully completes the closing and means that the merger between the US commercial vehicle manufacturer and TRATON has been finalized. Welcome! pic.twitter.com/BbtSjBAySM

It is building a new truck plant in San Antonio that will make Classes 6-8 trucks.

Navistar in July 2020 announced a strategic partnership with TuSimple to co-develop SAE Level 4 self-driving trucks targeted for production by 2024. It was a step one expert described as a milestone in terms of original equipment manufacturer and startup interactions. In addition, Navistar took an undisclosed minority stake in TuSimple.

“For automated trucking to scale up, startups must rely on OEMs to produce Class 8 tractors optimized for driverless operations, in terms of redundancy, power, cooling and more,” said Richard Bishop, principal of automated vehicles strategy and partnerships for Bishop Consulting. “Redundancy of safety-critical components such as brakes and steering is particularly important for a robust safety case. Startups and OEMs have been discussing this for the last couple of years, and the TuSimple Navistar partnership is the first to be announced publicly. This is a significant step forward for the industry.” 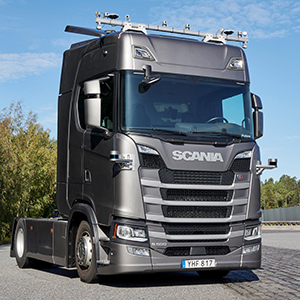 TuSimple’s self-driving technology will be tested on Scania S500 trucks in Sweden in a partnership with Traton Group. (TuSimple)

Schneider ranks No. 7 on the Transport Topics Top 100 list of the largest for-hire carriers in North America. Penske Logistics ranks No. 14. U.S. Xpress ranks No. 21.

In September, Traton reported it will apply TuSimple’s Level 4 technology on heavy-duty Scania trucks traveling a hub-to-hub route in Sweden between Södertälje and Jönköping — a one-way distance of about 200 miles.

“The People, Planet and Performance triad will shape the future of our company,” the release announcing the merger noted.