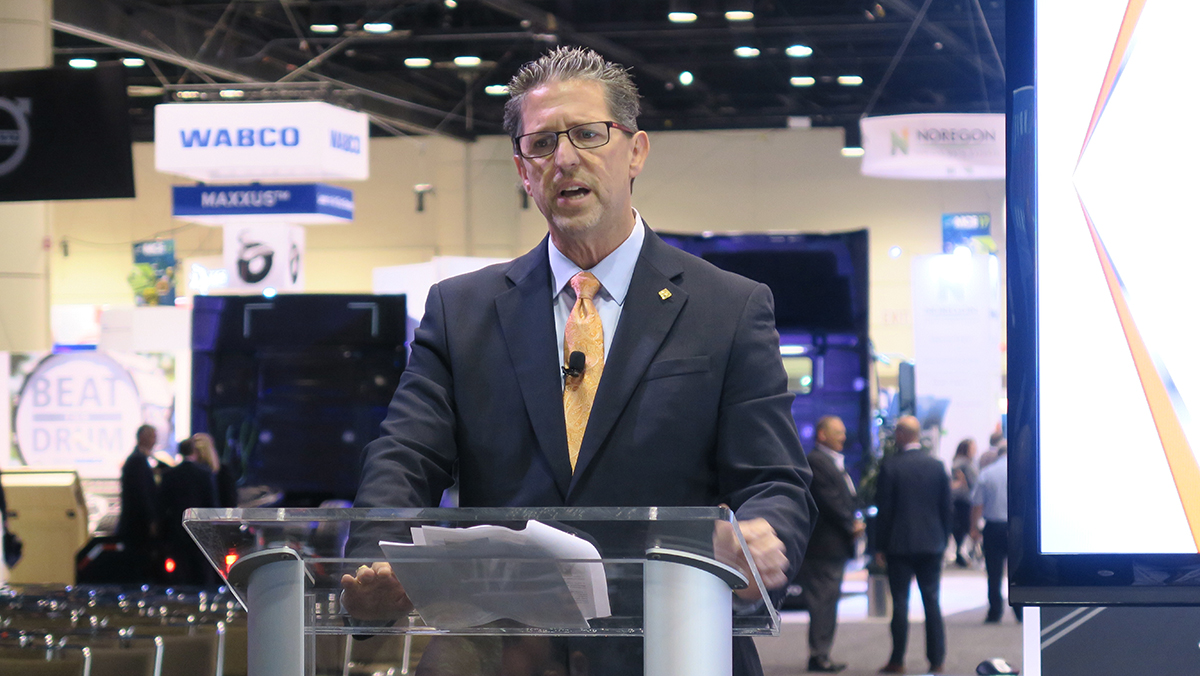 ORLANDO, Fla. — Navistar International Corp. announced price increases of up to 2% for its model-year 2019 vehicles, citing rising commodity prices. The price increases may affect all product lines and classes of trucks and don’t single out Class 8 trucks.

Navistar also launched its OnCommand Connection Marketplace, an e-commerce platform for telematics services. In addition, the company provided details on its new Uptime Command Center. Navistar is the parent of the International truck brand and the IC Bus brand of school and commercial buses.

“It’s steel, largely. Also, rubber and copper. Those are the big ones,” said Michael Cancelliere, Navistar president of Truck and Parts, referring to the commodities that spurred the price increases.

“Commodity pricing is higher than it was 12 months ago, largely driven by increased demand [for the commodities],” he said.

The company’s specific increases will be based on the different levels of those commodities in its trucks, he said.

Cancelliere declined to identify which vehicle or vehicles would see the 2% increase.

However, vehicle uptime can easily offset any price increase through improved fuel efficiency throughout the ownership of a truck, which could be three, four or five years, he said.

Also, a day of uninterrupted operation — with no mechanical issues — is worth $1,000 to fleets, he said.

The price increases on the trucks arrive as the economy is “primed to be better in the fourth quarter of 2017 and going in to 2018,” Cancelliere said. “Freight growth has shown stability, which conveys that the Class 8 market is poised for continued recovery, and strong demand for classes 6 and 7 trucks, as well.”

However, the shadow over the industry remains the challenge of finding enough qualified drivers, he added. “The focus on uptime needs to be stronger than ever before.”

Navistar has spent more than $1 billion in product development after the past few years, he said, and launched its LT and RH highway tractors — for linehaul transportation and regional haul, the HX series for vocational vehicles, plus the HV vocational model last month — as well as new medium-duty trucks.

The company made the announcements Oct. 22 during a press conference at American Trucking Associations’ Management Conference & Exhibition.

The OnCommand Connection Marketplace is an open-architecture, cloud-based technology e-commerce platform for telematics services and a range of related driver support tools and will be open to customer-created and third-party apps, according to the Lisle, Ill.-based company.

The new service is intended to complement OnCommand Connection, Navistar’s open-architecture remote diagnostics system already in use by more than 325,000 vehicles.

Turning to the Uptime Command Center, it includes a team of about 200 people, including Navistar uptime specialists and key suppliers, to assure 24/7 on-road support for customer vehicles. Its goal is to get vehicles back on the road as quickly as possible, and no later than 48 hours after diagnosing a problem.

Cancelliere said that would include diagnostics completed within two hours, getting 80% of any repairs done in the first 24-hour period and the remaining 20% of the repair finished within the next 24 hours.

The center will draw on OnCommand Connection Live Action Plans, a feature now being piloted, which is expected to predict when a part is going to fail before it actually does, and to provide the customer with alerts about potential corrective actions, the potential repair, the parts needed, and the training required to make the repair.

Fleets using the OnCommand Connection service are already reporting a 30% decline in unplanned maintenance, he said.