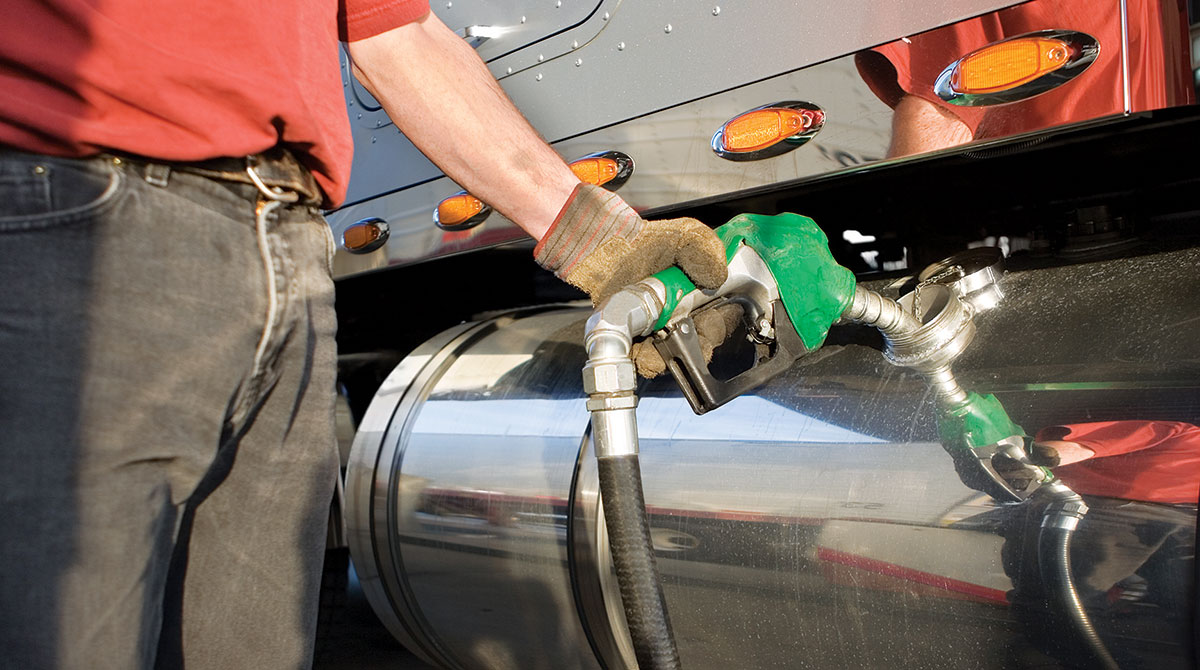 The national average price of diesel fell by six-tenths of a cent to $2.435 a gallon, according to the Energy Information Administration. The weekly report was released Sept. 8, a day later than usual because of the Labor Day holiday.

Gasoline also fell, by 1.1 cents, to $2.211 across the nation. Regional gas prices varied wildly, ranging from a decrease of 5.5 cents in the Midwest to an increase of 3.3 cents in the Lower Atlantic.

The diesel average price fell in nine of the 10 regions. The steepest drop was in the West Coast region, not including California, where trucking’s main fuel declined 1.9 cents per gallon to $2.584. Diesel is 54.7 cents less per gallon in that region than it was a year ago.

The New England region saw a one-cent-per-gallon drop to $2.612, putting diesel 41 cents less expensive than in 2019.

The most expensive diesel continues to be in California, where the price remained flat week-to-week, coming in at $3.276 a gallon for the second week in a row. The price of diesel in California is 60.2 cents less expensive than at this time last year.

The least expensive diesel remains in the Gulf Coast region, where it fell four-tenths of a cent to $2.184 a gallon. Diesel is 56.1 cents less expensive than a year ago.

The Gulf Coast boasts the lowest price in part because it is home to much of the country’s oil and gasoline production and a large share of the refining capacity.

Hurricane Laura came ashore near Lake Charles, La., as a Category 4 storm Aug. 27, making it the most powerful storm to hit that state in decades. However, oil industry analysts, including Phil Flynn in Chicago, say it appears the storm did not do as much damage to the refineries as first feared.

Flynn said that even with the decline in diesel and gasoline prices, it appears the number of people driving over the holiday weekend was above levels travel industry experts were forecasting.

“Despite oil and products’ sharp price drop, the Labor Day weekend drive seemed to beat expectations,” adding that gasoline demand Sept. 4, the Friday leading into the weekend, was up 15.3% compared with one week earlier.

With the holiday over, and the traditional summer driving season coming to an end, the price of a barrel of West Texas Intermediate oil dropped 7.3% in trading on the New York Mercantile Exchange on Sept. 8. It closed at $36.84 a barrel. Throughout July and August, oil had been trading between $40 and $43 a barrel. According to Macrotrends.net, WTI has declined by 34.8% in the past year. One year ago, it was trading at $56.52 a barrel.

“The break-even point for a lot of shale production is about $40 a barrel,” Aaron Terrazas, director of economic research at Convoy Inc., told Transport Topics. “At that level, and if you look at the trends, they’ve kind of stabilized at that point. When international oil prices were at the level, they were barely profitable, and not so low they were shutting down wells. They’re just keeping production humming along, so they don’t have to keep shutting down wells.”

The number of operating rigs increased by two in the U.S. to 256 on Sept. 4. Still, that is 642 fewer rigs than what were in use a year ago.

Internationally, the number of operating rigs increased by four to 747 from the last week in August to Sept. 4. That marks a drop of 391 rigs compared with same time in 2019.

In Canada, the number of rigs slipped by two to 52. Ninety-five fewer rigs are operating there compared with year ago.