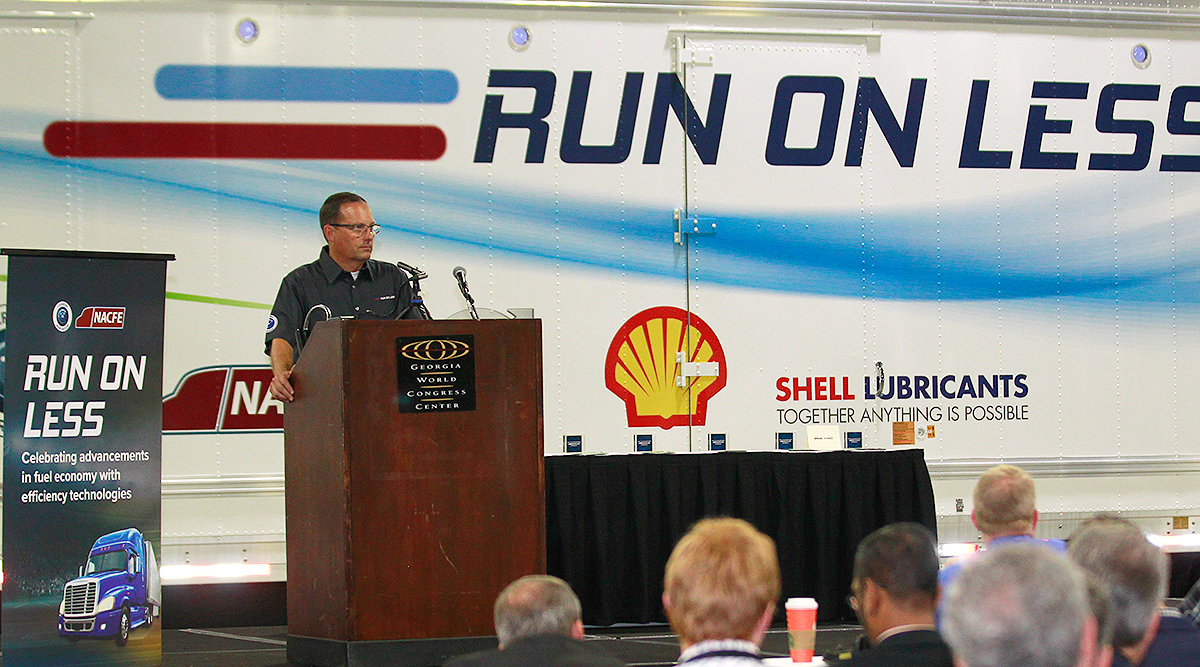 ATLANTA — After 50,107 miles driven over 99 driver-days, including battles with Hurricanes Harvey and Irma, seven drivers from seven trucking companies gathered for a victory lap to celebrate 10.1 miles per gallon.

The North American Council for Freight Efficiency released details of its Run on Less road trial here on Sept. 24 and reported the drivers topped their goal of 9 mpg by posting a final average of 10.1.

The test ran Sept. 6-22 with regular trucks from for-hire and private fleets, all spec’d to maximize mileage and seeing how well they could do “with real trucks, real drivers and real freight,” said Mike Roeth, NACFE’s executive director.

The press conference was the first event of the North American Commercial Vehicle Show, which held its inaugural version Sept. 25-28 at the Georgia World Congress Center.

Data was gathered from each of the seven trucks — three Freightliners, two Internationals and two Volvos — through a GeoTab Go7 telematics device. The Go7 tracked engine revolutions per minute, torque, location, fuel usage and other figures.

Roeth said the weather effects of the two hurricanes made driving difficult, but did not nullify the value of the test.

“One driver drove into a Harvey headwind and then had Irma pushing him,” he said.

All of the trucks in the test were made either this year or in 2016. The drivers involved ran in linehaul applications, and all of the trailers had aerodynamic skirts and fairings.

Beyond the grand total for fuel economy, some of the individual readings were noteworthy. The worst average for a one-day drive, for example, was 7.1 mpg. NACFE estimates the average fuel economy for the nation’s trucks at 6.4 mpg. 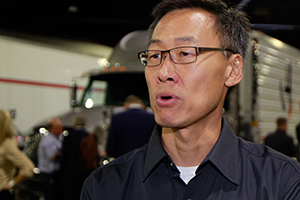 NACFE took the worst single-day performances across the entire test and averaged them out; the result was 8.8 mpg, demonstrating that even the worst days in the tested trucks were on average just below the original goal for the whole test. Yunsu Park, a consulting engineer who worked on the trial, said the 8.8 number was one of the most impressive for him.

NACFE estimates that if the Run on Less equipment were standard on all of the nation’s 1.7 million U.S. highway tractors, and those trucks returned 10.1 mpg instead of 6.4 mpg, the industry would annually save 9.7 billion gallons of fuel worth $24.3 billion. 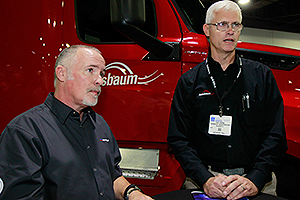 Clark Reed of Nussbaum Transportation in Hudson, Ill., drove a Freighliner Cascadia with a 15-liter Detroit Diesel engine during the trial. Reed said he likes the big engine because he often hauls heavy general freight loads of 76,000 pounds, gross weight, over the Rocky Mountains.

Reed said he drove his regular truck for the test so there was nothing new to break in.

Cory Adams, a Nussbaum driver trainer and coach, said the carrier’s fuel-economy average lately has been about 9 mpg, and that obsessing over fuel has become a way of life.

Beyond the spec’ing of hardware, Reed and Adams said the company works a lot on driver training to help maximize mileage.

Joel Morrow, a driver for Ploger Transportation of Norwalk, Ohio, is a big believer in Volvo’s 6x2 powertrain configurations. He said he would like to see a test like Run on Less happen every year. 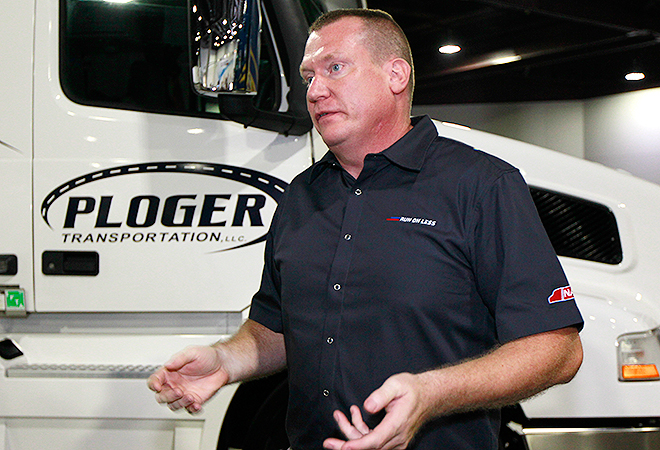 The storms turned Morrow’s usual routine upside down. Normally, he said, he hauls lighter loads of furniture, often to Houston and Florida. That stopped when the storms started.

“I was hauling a lot of water, canned soup and rice — very heavy, dense stuff, but it was my normal truck,” said Morrow, who is also Ploger’s vice president of procurement.

Morrow hauled the loads in a truck with an 11-liter engine. He was not able to avail himself of the savings from fully lifting the tag axle, but he said the load-biasing function, which adds weight to the single drive axle, helped maintain traction and safety through the deluge.

Long drove a 2016 International with a 15-liter Cummins engine because, Vesey said, the company wanted to use a truck and engine that was already well-broken-in.