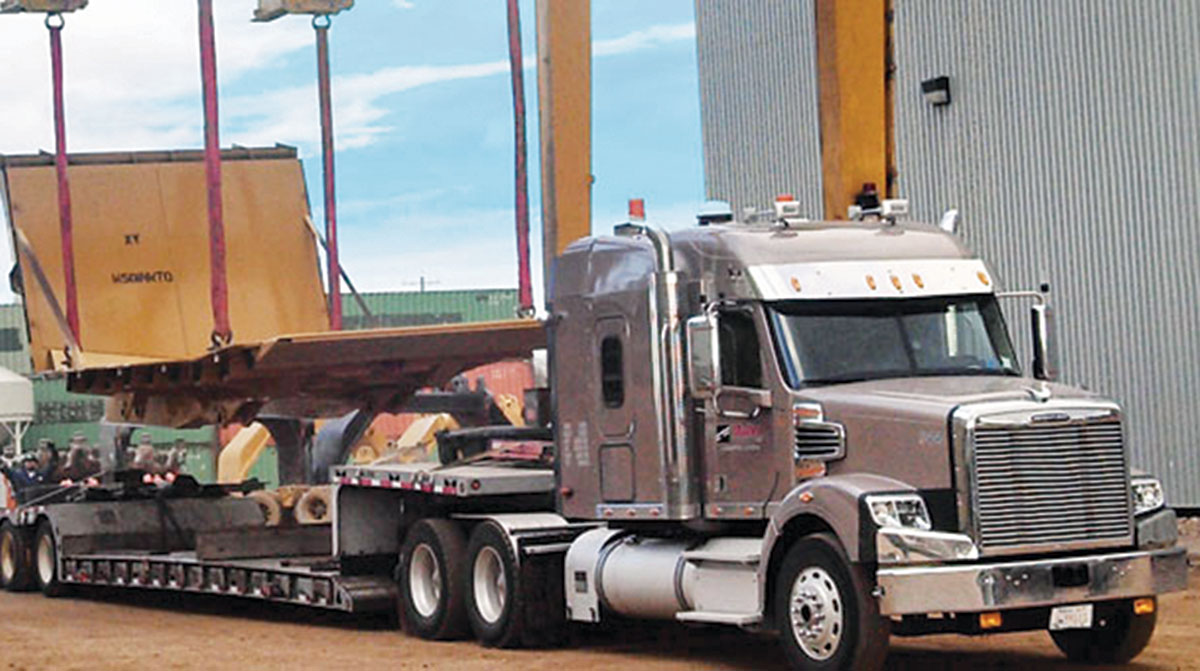 Mullen Group's acquisition of QuadExpress, based in Naperville, Ill., marks its first purchase of a U.S. company. (Mullen Trucking Corp.)

R.S. Harris Transport, QuadExpress, APPS Transport Group and Tri Point became the most recent of the acquisitions with each being announced over the past couple of weeks. Each purchase also promises further inroads into existing markets and regions.

“Over the last year or two, we were always looking for acquisitions,” Richard Maloney, senior vice president at Mullen Group, told Transport Topics. “But we don’t make acquisitions just to grow revenue. It’s going to be part of the grander plan. So less-than-truckload, and these ones fit that bill.” 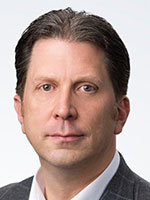 Mullen, of Alberta, has been focused on growth since becoming a publicly traded company in 1994. Its initial target was the oil field services market in Canada, but the company soon expanded into other areas.

The company pivoted to focus more on its LTL, logistics, and warehousing and specialized industrial divisions in recent years. Those efforts further ramped up with the acquisition of Pacific Coast Express in September.

“For 2019 and 2020, we looked at a few others,” Maloney said. “It’s just that we never were able to close the loop on them. But it really ramped up in 2019 because of consolidation in transportation and logistics.”

On July 2, Mullen announced it had acquired R.S. Harris Transport, a Winnipeg, Manitoba-based trucking and brokerage business that specializes in open-deck transportation.

“This acquisition reinforces what we have articulated to shareholders for some time,” Chairman and CEO Murray Mullen said at the time. “We will always invest in opportunities that strengthen our existing business units. Harris has an established name in the Canadian trucking industry with a solid reputation for customer service as well as being a formidable competitor.”

Mullen Group also has worked to expand its reach into the U.S. It took a major step in that endeavor by acquiring shipping, logistics and freight services company QuadExpress on June 30.

“The U.S. market is 10 times the size of Canada,” Maloney said. “We’ve looked at the U.S. market for multiple years, and we’ve stepped our big toe into that in terms of making a U.S. acquisition. Until recently, we haven’t done that.”

Mullen Group knew early on that its strategy of consolidating final-mile regional LTL carriers was not going to work as well in the U.S. Instead, the company looked for freight brokerage-type businesses with good technology platforms. QuadExpress, headquartered in Naperville, Ill., fit that.

“We have access to 600 or so carriers,” Maloney said. “Not trucks, but carriers. So the average carrier in the U.S. has 20 trucks. So I mean it’s simple math. That’s a lot of trucks that we have access to. Not all of them are there all the time, but there’s a core group.”

The Canadian Imperial Bank of Commerce said the QuadExpress acquisition adds a new avenue for growth and is a low-risk way to enter the U.S. The banking and financial services corporation also noted a move into the U.S. was the logical next step for the company to grow its network reach.

Mullen Group announced June 24 that it has closed the acquisition of transportation and logistics company APPS Transport Group and its affiliate businesses, APPS Cartage and APPS Cargo Terminals. The deal built upon the April 16 acquisition of the Bandstra Group of Cos.

“With the recent acquisition of APPS, and in part Bandstra, we now have an extensive network of final-mile LTL delivery in Canada that pretty much covers anywhere from Ontario, all the way over to British Columbia, to the Northwest Territories,” Maloney said. “There’s not a place that we do not serve. We don’t have locations in all of them, but we have the biggest LTL network in Canada.”

Mullen Group also announced June 24 that it had acquired container drayage service company Tri Point based in the greater Toronto area and southern Ontario. The company provided a fleet of trucks consisting of 190 chassis trailers as well as container storage.

“We run a self-managed business unit model,” Maloney said. “We have other independent companies. They’re all part of the Mullen Group, and they worked very closely together. In many instances, we’re working with some of the bigger interline carriers out of the U.S. as well.”

Mullen Group ranks No. 60 on the Transport Topics Top 100 list of the largest for-hire carriers in North America.