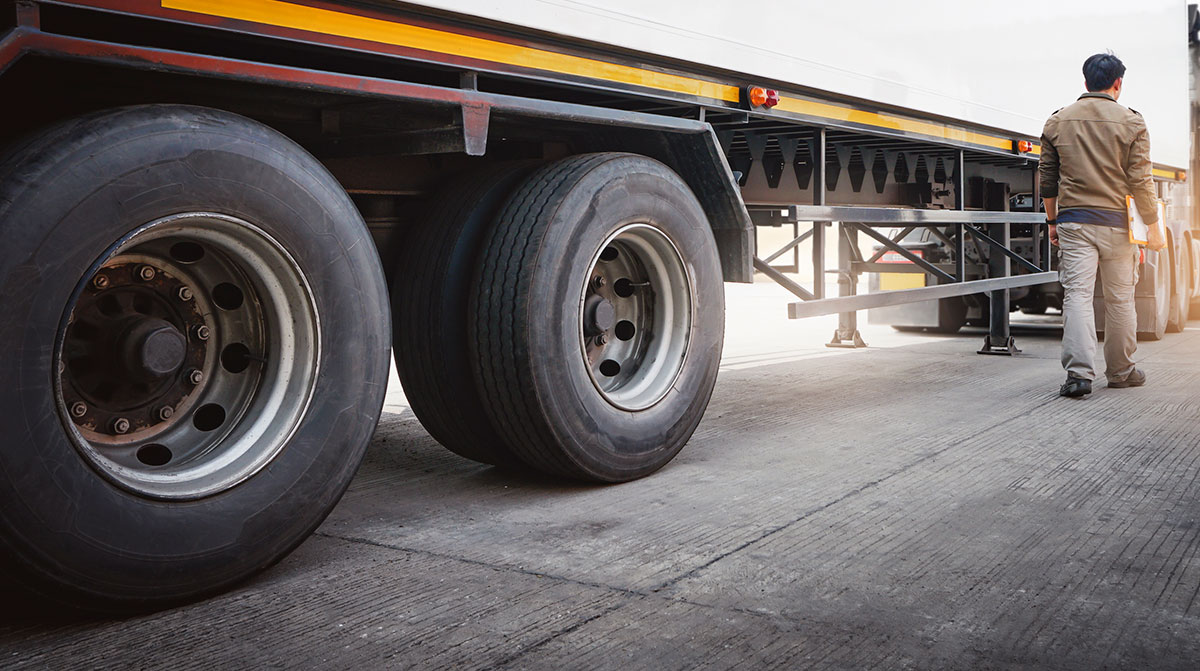 ORLANDO, Fla. — A mock trial to showcase what could happen after a tire-related traffic accident was conducted March 8 at the Technology & Maintenance Council 2022 Annual Meeting & Transportation Technology Exhibition.

Toofast Truckin driver Rick Reckless, in the fictional scenario, was involved in an accident in which the left-rear set of dual wheels came off and caused a multivehicle collision. Judy Linkinstein was in her car when she was hit by the outer wheel.

Scopelitis, Garvin, Light, Hanson & Feary is a trucking law firm that provided real attorneys to act out the mock trial. 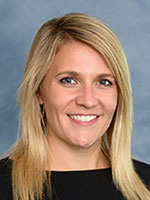 “It’s all based upon little bits and pieces,” Steven Stanaszak, another attorney at Scopelitis, who acted as the judge, said at the close of the trial. “But it’s interesting to see what happens and the dynamics that will happen at a trial when you have a witness that maybe is a little out of control or a witness you can’t hear, you name it. So it’s kind of fun to watch.” 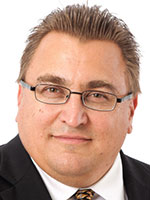 Kevin Rohlwing, senior vice president of training at the Tire Industry Association, acted as the expert witness for the prosecution. Stanaszak highlighted how he added comments and stopped the defense from getting away with leading questions as an example of what could happen in a real trial. The defense called upon four expert witnesses.

Toofast Truckin was accused by the prosecutor of not following standards of care for installing wheels after a brake job, having substandard maintenance practices, having no service qualifications for outside vendors and not providing drivers with adequate training. 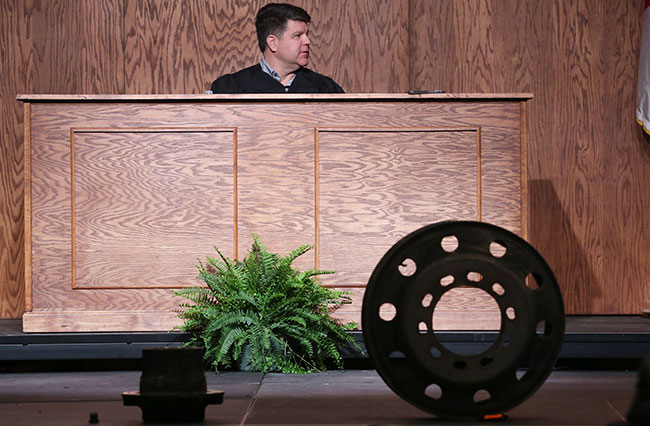 Judge Steve Stanaszak prepares the audience for a mock trial about tire- and wheel-related litigation during a study group session. (John Sommers II for Transport Topics)

Slicker was accused of providing a defective hub-piloted wheel system, failing to warn fleet users about the defect despite knowing about it and not including commercially available safety and warning devices in its service manual.

The trial went into various branches of questioning and details from whether the companies followed regulations, recommended industry practices, documented maintenance events and mechanic training. A major point of contention centered on the truck having to have a tire replaced alongside the highway shortly before the accident.

“Wobble Tires does a very common practice out in the field, which is called skinning,” Rohlwing said. “You drive the truck onto a block of wood and then you basically just rip the tire off the rim and then basically hammer it back on without following any procedures whatsoever.”

Rohlwing noted the mechanic could have spotted other problems such as loose parts if he removed the wheel from the assembly to perform the service. But while that would have been the preferred method, the defense noted that skinning wasn’t illegal and argued it was the best solution given the mechanic was not in a safe environment since the tire change occurred on the side of a busy highway.

“You understand that when Wobble Tires serviced the Toofast tractor, he serviced it on the road,” Roberts said when he questioned the witness. “So, a technician would have been exposed to traffic traveling on that same road, correct?”

Expert witnesses for each company had to answer their own questions related to their role in the manufacturing, implementation and use of the tire assembly, including everything from the materials used and how their component was put together.

The purpose of the exercise was to show how complex a trial like this could become when trying to determine who along the line might be to blame for the tire coming off.