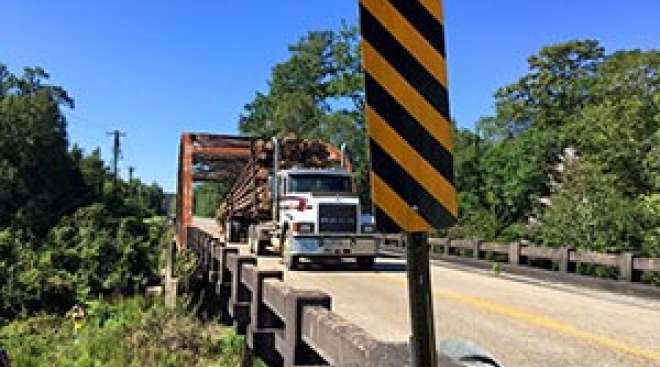 The Mississippi Department of Transportation believes that an annual infusion of $400 million in additional funding is needed to ensure the continued viability of the state’s highways, roads and bridges.

MDOT On Feb. 2 unveiled an eight-year plan that details a raft of resurfacing projects and infrastructure upgrades.

“We’ve got to invest in our roads and bridges if we expect a road and bridge system that is adequate and safe,” Tagert said.

He repeatedly emphasized that a well-maintained transportation network is an economic development issue as well as a public safety matter.

For example, weakened bridges limit the ability of rural areas to transport commodities and goods into and out of their communities.

The projects listed on the MDOT eight-year plan cannot be completed within that timeframe without additional funding.

A number of projects in northeast Mississippi are included in the plan. These include the resurfacing of Highway 145 throughout the region; the addition of turn lanes and safety improvements to Highway 145 in Lee County; widening Highway 15 to five lanes in Pontotoc County and bridge replacements in Prentiss, Monroe, Chickasaw and Pontotoc counties.

The state levies a gas and diesel tax of 18.4 cents per gallon and has done so since 1987. About 68% of that gas tax revenue goes to MDOT.

The remaining revenue is variously diverted for the upkeep of county roads and bridges not directly under MDOT’s control.

Taggert pointed out, however, that this flat revenue stream has inhibited MDOT’s ability to carry out its mission.

“There has been no significant change to our budget in 30 years,” the highway commissioner said. “Rising construction costs and aging infrastructure means MDOT will no longer be able to maintain and keep pace with the conditions and deterioration of the system.”

Statewide, leaders have not shown enthusiasm for an increase to the gas tax.

However, online retailer Amazon.com has voluntarily agreed to begin collecting tax on purchases made in Mississippi.

At least one proposal in the Legislature would take this tax revenue from online sales and use it for infrastructure repairs.

Tagert said MDOT is happy to accept an incremental set of options for new funding.

He emphasized, however, that state leaders need to see the state’s infrastructure needs as an urgent issue with a real economic impact.

“What I do hope is our legislative representation will understand that it is an investment into our state and the return is significant,” the commissioner said. “The longer we wait, the more costly this will be to all of us.”