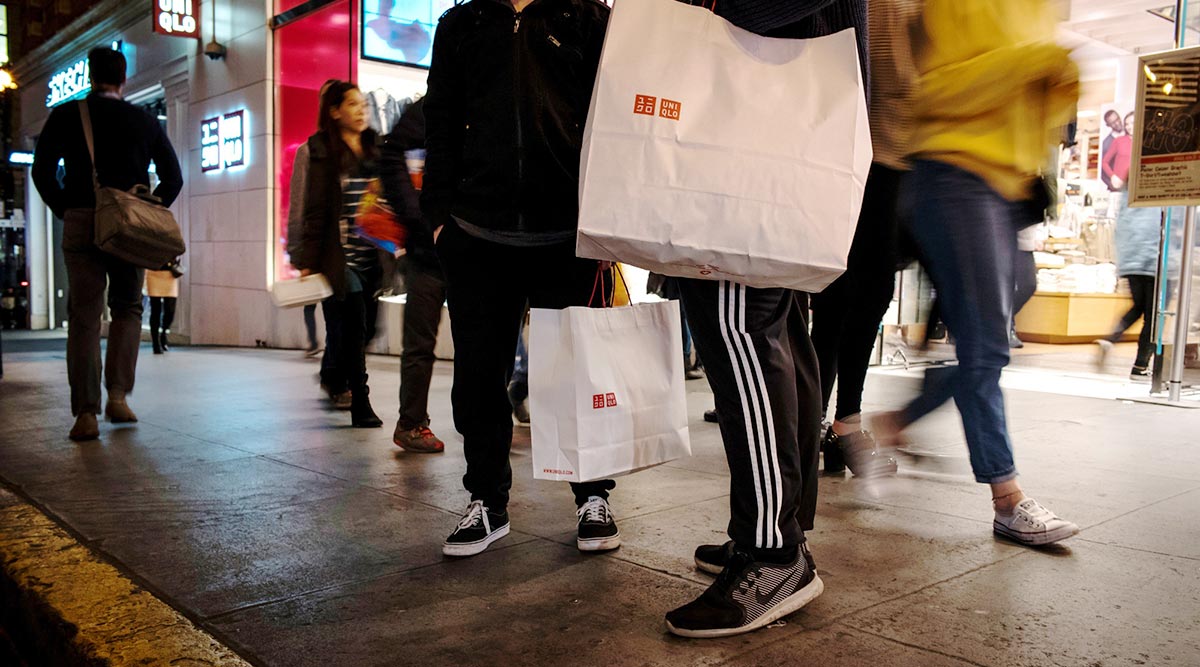 The U.S. growth outlook hangs more than ever on American consumers’ resilience amid stock market swoons and trade-war tensions, but key data on their spending — the biggest part of the economy — will be missing due to the government shutdown.

Was it a gangbusters Christmas shopping season as forecasts and anecdotal evidence suggested? Were consumers making big discretionary purchases in addition to essential spending as they entered 2019, even as some surveys showed confidence was waning? The answers will have to wait, as December retail sales won’t be released as scheduled Jan. 16 while the Commerce Department remains closed. Failure to reopen soon also would delay personal income and spending data, due Jan. 31.

Together, those reports constitute the most widely watched measures of household consumption, which accounts for about 70% of the economy. The disruptions come at a challenging time: Plunging regional gauges of U.S. manufacturing and business surveys indicate a slowdown in growth, and some big-name retailers have issued warnings about mixed holiday results.

While the solid job market remains a bulwark and consumers are in good shape, more — not less — information is needed to assess if the economy faces bigger-than-anticipated risks, one reason investors are nervous and Federal Reserve officials have emphasized patience in raising borrowing costs.

“Job growth, income growth and low inflation are all positive for consumer spending,” so having data to confirm would be helpful, said Scott Brown, chief economist at Raymond James Financial Inc. “It could help soothe the market’s fears to some extent.”

With no end in sight for the shutdown, a burgeoning concern is that data may not just be delayed, they may also not get collected as normal, Brown said. 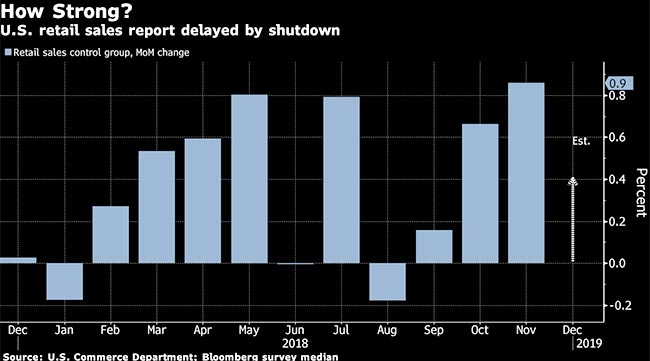 For now, investors and analysts will have to rely on a patchwork of data. The Johnson Redbook report showed December sales rose from a year earlier, though it tracks a limited sample of results. The Retail Economist‐Goldman Sachs weekly chain-store sales figures are another source. Other groups provide clues on individual sectors, such as the National Restaurant Association’s monthly index.

Without the government’s retail report, it also is difficult to accurately gauge how consumers are spending on big-ticket items such as cars. Meanwhile, Mike Manley, CEO of Fiat Chrysler Automobiles NV, said he’s “concerned” about the shutdown’s impact on the company’s efforts to introduce crucial new heavy-duty pickups.

The nuances in signals from consumers were evident in executive comments from Kroger Co., America’s biggest supermarket chain.

“They feel incredibly good about the economy but very nervous about where things are headed,” CEO Rodney McMullen said Jan. 13 in an onstage interview at the National Retail Federation’s annual trade show in New York.

Credit card results from companies including Visa and Mastercard would help fill some of the void. The Fed’s Beige Book release Jan. 16 also may provide anecdotal details on spending and other parts of the economy. That’s why some investors are taking the data disruptions in stride.

“In a world of big data, there are so many other ways to get a view of the consumer than the monthly numbers from the Commerce Department,” said David Sowerby, portfolio manager at the investment firm Ancora, which manages $6.9 billion.

E-commerce sales during the holiday season jumped 16.5% from a year earlier, according to Adobe Analytics, which measured online transactions from 80 top U.S. retailers.

Still, companies depend on broader economic data to make investment decisions, and without it they are “to a degree, flying without any instruments,” NRF Chief Economist Jack Kleinhenz said.

The Commerce Department’s monthly data are crucial to get a bigger picture because about 90% of retail sales come from small businesses, he said. Recently, several large publicly traded retailers such as Macy’s Inc. and Kohl’s Corp. provided discouraging updates.

“It was disappointing news, but I don’t know how pervasive that performance was,” Kleinhenz said.

The trade association itself is somewhat in the dark until the government releases the data. Without official numbers, “we can’t provide our final report this week either” on holiday spending, according to NRF spokeswoman Ana Serafin Smith.