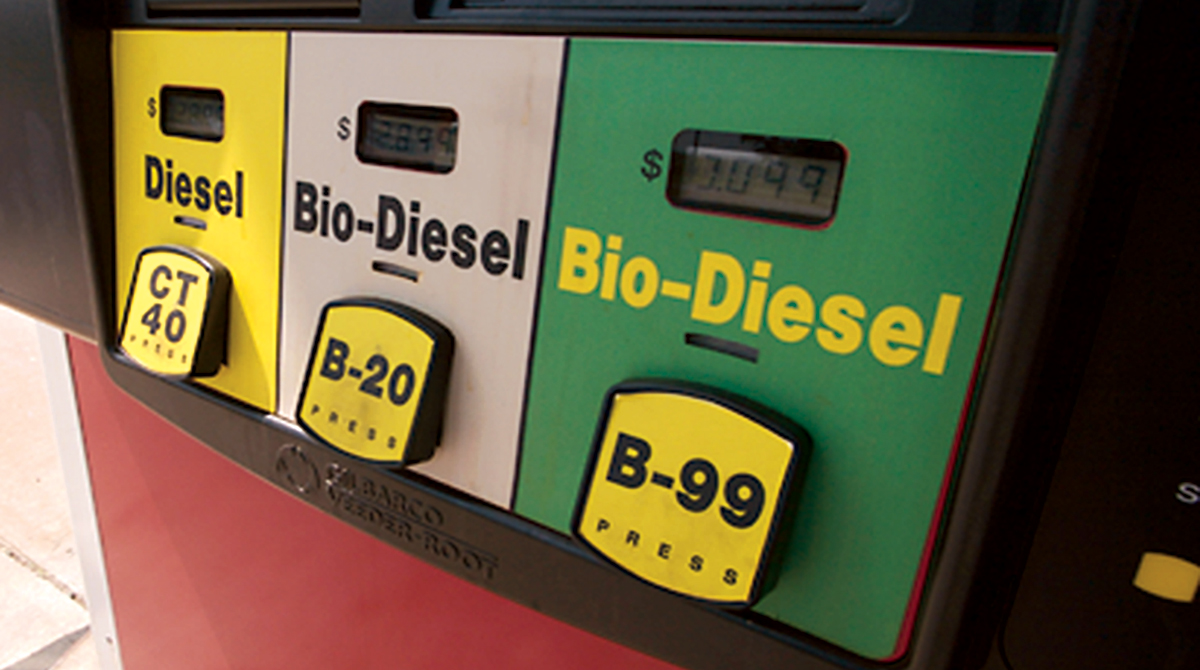 Minnesota Department of Agriculture officials have rejected a request by the state’s trucking association to delay a plan to increase the mix of biofuel to 20% of all diesel sold in the state beginning May 1.

“We have let the legislators and some of the [biodiesel] task force members know that the state will move to B20 on May 1, 2018,” Andrea Vaubel, the state’s assistant agriculture commissioner, told Transport Topics. “There will not be a delay.”

In a July 17 letter to the state’s Department of Commerce, the Minnesota Trucking Association as well as automakers and energy stakeholders said there is a lack of adequate blending infrastructure and regulatory protocol in place to promote diesel quality to avert “potential economic disruption.”

The current state requirement is for a 10% blend, or B10.

Before implementing blending requirements for B20, state officials were required to ensure a variety of conditions were met, including sufficient fuel and/or feedstock supply, adequate blending infrastructure and existing federal standards for mandated blends.

“We took a really hard look at that and have issued a findings document where we felt that there was infrastructure in place to accommodate the use of B20,” Vaubel said.

Biofuels are produced from plants or other forms of biomass. Examples include ethanol, biodiesel and biogas.

Magellan Midstream Partners, which transports more than 50% of the refined products distributed in Minnesota through its pipeline system, told the state Department of Agriculture earlier this year that it does not have adequate blending infrastructure to efficiently accommodate high volumes of B20 blends at any of its terminals in Minnesota, Iowa or North Dakota, and such terminals could take up to 18 months to construct.

The company said that loading a transport truck with a B10 blend at one of its terminals today takes about 15 to 25 minutes, but loading a B20 blend today would increase the typical loading time to 35 to 50 minutes per truck.

John Hausladen, president of the Minnesota Trucking Association, told TT the move to B20 “could affect drivers’ available hours of service.”

Hausladen said the trucking industry has mostly adjusted to B10 use.

“The biodiesel industry has improved product quality, and the trucking industry has put in place a number of safeguards to ensure that the fuel works well,” Hausladen said. “We don’t have any verified research showing that the fuel is causing operational problems.”

Because it is made from a locally grown, renewable resource, using biodiesel helps boost Minnesota’s farm economy and reduces dependence on fossil fuels, according to the state Department of Agriculture.

Minnesota, the first state to require blending biodiesel with diesel fuel, since 2005 has gradually been increasing the mix of biodiesel that truckers must use in the summer months.

However, in the cold winter months, the biodiesel blends can experience increases of viscosity, known as “gelling” or “waxing,” which can cause performance problems in engines.

“These cold weather-related issues are managed through changing diesel blends, additives and thorough quality control,” according to the 2017 annual report of the state’s biodiesel board to the Department of Agriculture.

“What we can tell you, though, is that our members have taken a lot of precautions to offset that,” Hausladen said. “They’re adding more No. 2 in the cold months, they’re putting additional additives, additional tank heaters and fuel filter heaters — precautions that all cost money to ensure that the fuel flows as it should.”

“While B20 is an acceptable consumer choice under the right conditions, not all diesel engine manufacturers cover higher blends in their engine warranties,” the task force said in its report.