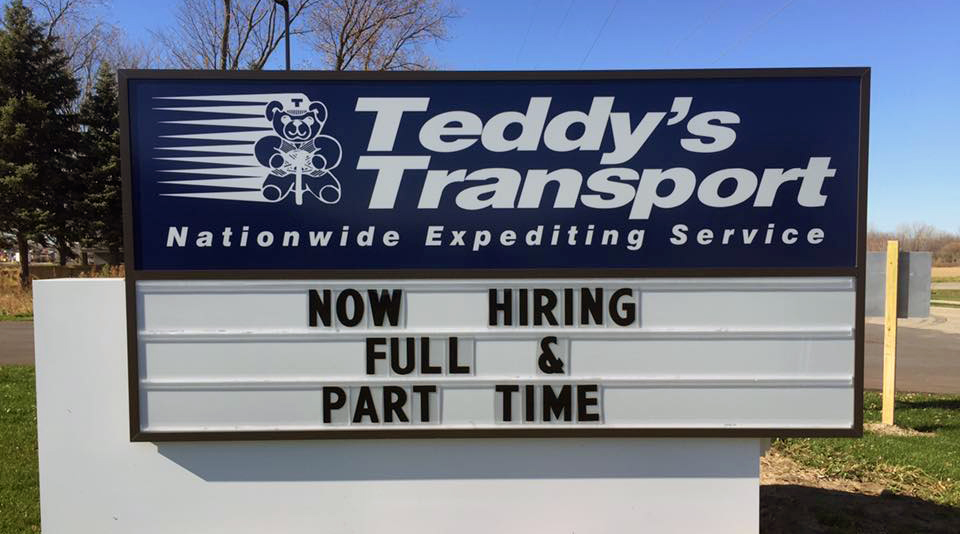 In a day and age where nearly every product customers purchase is transported by a semi-truck, trucking companies are struggling to find qualified drivers to fill open positions.

The trucking industry makes up one of the nation’s largest workforces, employing more than 3.5 million drivers and despite the workforce numbers, estimates say the industry is currently short 50,000 drivers. That number is expected to increase moving forward and according to American Trucking Associations, predictions say there will be a shortage of nearly 180,000 drivers in 2026.

“The last few years, we have seen the driver shortage and it is getting worse,” said Helen Zeerip, president of Teddy’s Transport in Holland, Mich. “The ‘baby boomers’ have retired and the younger generations don’t seem to be interested in becoming a professional truck driver. All the trucking companies I talk to want or need to hire more drivers and they are very hard to find.”

Tom Van Wyk, president of TransWay, Inc. in Holland said the reality for companies both locally and nationally is there are just not enough qualified, experienced drivers. He said no matter the size of the company, there is a good chance they are having trouble filling positions.

Van Wyk confirmed at TransWay, they do currently have open equipment.

Bob Costello serves as the chief economist and senior vice president of American Trucking Associations and in a recent publication, the Truck Driver Shortage Analysis 2017 (PDF), he talked about how the current landscape of drivers is aging, with the average truck driver now being 49 years old.

At TransWay, similar to what is happening at Teddy’s Transport, the aging workforce is playing a role in the struggle and so is the overall perception of being a truck driver.

“There is an aging workforce,” Van Wyk said. “Many veteran drivers are simply retiring and some of the younger workforce may have been influenced by an incorrect negative perception of the industry.”

While part of the issue lies in the aging workforce, there are issues on the other end of the spectrum as well.

“I think the restrictions we have on us by our insurance companies make it difficult to hire,” Zeerip said. “Most of them require a driver to be 23 years of age, have a minimum of two years of driving experience and have less than three points on their Motor Vehicle Report.”

The other issue lies in the fact interstate driving currently has a minimum age of 21, which stops companies from recruiting ages 18 through 20.

“We can’t recruit high school graduates because of this age requirement from insurance,” Zeerip said. “Also, the federal government states you have to be 21 to cross state lines. Even if you could hire a high school graduate, they would have to drive only in the state you are domiciled in.”

Another issue Costello brought up in his report is how the female demographic is not equally represented. Although females make up about 47% of U.S. workers, they only make up about 6% of truck drivers.

Van Wyk agreed with those statistics and said despite the efforts of the company, their labor force of female drivers currently is at 5.5%.

“Many of our female drivers have come to us as students and have gone through our ‘over the road’ finishing program,” Van Wyk said. “When we recruit at driving schools, we make a point of reaching out and encouraging the female drivers to evaluate if TransWay would be a good fit for them.”

At a time when keeping drivers is crucial for local companies, Van Wyk said TransWay is now doing different things to remain competitive.

For Teddy’s Transport, the emphasis is placed on their culture.

“We emphasize that drivers are part of our family, they aren’t treated like a number and they get to spend way more time with their family when they work for us versus other carriers,” Zeerip said.

Despite the incentives, the truth is younger generations are finding other careers more appealing.

“What is happening is that younger adults are not getting into driving,” said Doug Walcott, president of Premier Freight. “It is just not what they want to do. I think that there are plenty of jobs out there where they can work 40 hours a week, be home every night and be with their family.”

Walcott said at Premier Freight, many of their drivers are gone five or six days in a row which makes it really a 24-hour a day job.

“To many of these younger adults, there is just no interest in it because they can find jobs where they make close to the same amount of money and be home every night,” Walcott said.

To try and overcome the shortage of drivers, local companies are using different methods to attract talent.

At Teddy’s Transport, they rely on word of mouth recommendations and their reputation to attract talent. As for TransWay, they use things like referral bonuses, sign-on bonuses, a paid orientation program and an upgraded pay scale with documented driving experience.