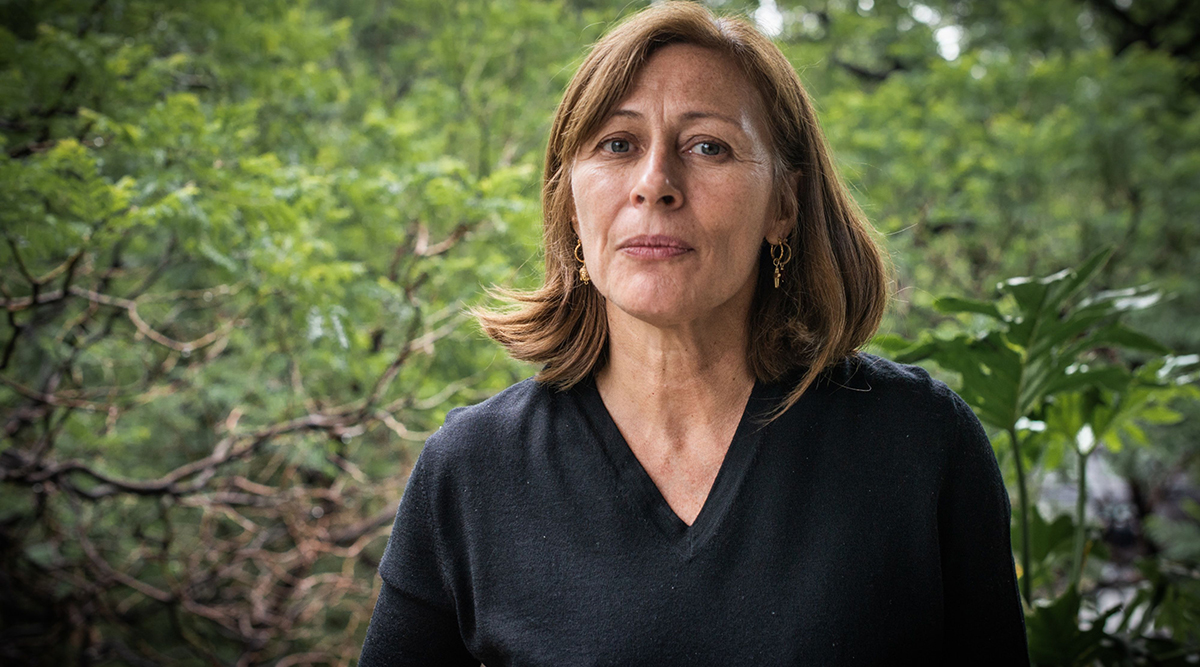 Texas Gov. Greg Abbott’s border crackdown is generating fresh backlash, with Mexico’s economy minister announcing that a new rail line to the U.S. would now go via New Mexico instead of the Lone Star State.

“We’re now not going to use Texas,” Economy Minister Tatiana Clouthier said at a conference April 28 in Mexico City, referring to a planned rail and ports expansion known as the T-MEC Corridor to connect the Pacific port of Mazatlan to the Canadian city of Winnipeg. “We can’t leave all the eggs in one basket and be hostages to someone who wants to use trade as a political tool.”

Clouthier’s message was clear: Mexico is angry about the chaos at the border caused by Abbott’s surprise order a few weeks back to force commercial trucks coming from Mexico to undergo additional inspections. While Texas officials didn’t uncover any contraband or undocumented migrants, they created hourslong delays that left fresh produce to rot and caused havoc with supply chains.

Before Abbott ended the inspections, following promises from Mexican states to examine trucks south of the border, Texas had already suffered some $4 billion in economic damage, according to Waco, Texas-based researcher Perryman Group. Last week, Mexico President Andres Manuel Lopez Obrador criticized Abbott’s actions, saying he was blocking the border for his own political ambitions.

Mexico is Texas’ largest trading partner, with more than $400 billion of goods crossing annually, everything from avocados that get turned into guacamole to chassis that get turned into pickup trucks. Exports from Texas are equivalent to 17% of the state’s economy, and about one-third of Texas exports go to Mexico.

The significance of the minister’s announcement is that “it’s not just necessarily them being hostile, but them taking a concrete step,” said Nitya Pandalai-Nayar, an economics professor at University of Texas at Austin. “Firms all over the country trade with Mexico, and many of them use Texas as the base for shipping to Mexico.”

The T-MEC Corridor project would also include new logistics centers along its route.

The Economy Ministry declined to give additional details on Clouthier’s remarks, and it wasn’t clear where in New Mexico the rail line would shift to or what other changes would be needed for the route to make it economically feasible.

The Texas governor is up for re-election to a third term this year, and has made border security and immigration key campaign issues. His move to add truck inspections came along with other efforts aimed at deterring smuggling and illegal crossings, including busing some migrants from the border to Washington D.C.

Because the economies of Texas and Mexico are so closely linked — with factories on one side of the border often supplying parts for manufacturers on the other side — it’s unlikely that a new trade route to New Mexico would be substantially detrimental to Texas, according to economist Ray Perryman.

“It would be logistically very difficult and expensive to move much of that,” Perryman said. “There’s just not a whole lot of production between New Mexico and Mexico.”