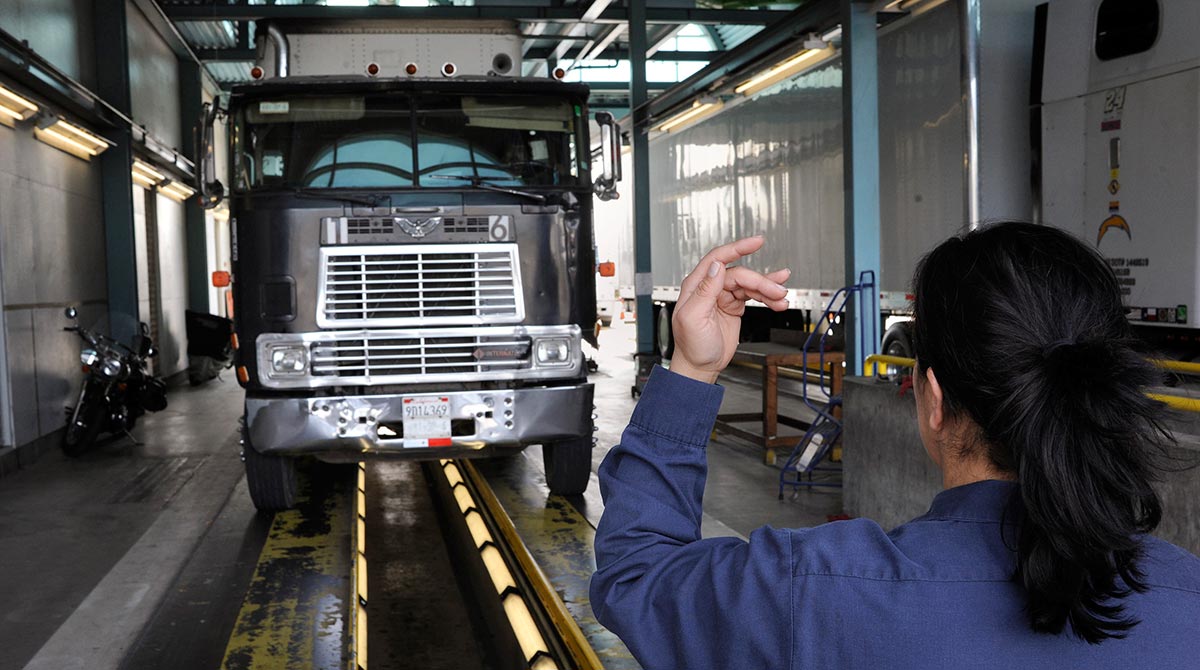 There was excitement in the air when Mexican negotiators sat down 25 years ago with their counterparts from Canada and the United States to hammer out what would become the North American Free Trade Agreement.

“Negotiations were tough, but there was a consensus about the end game,” recalled Antonio Ortiz-Mena, a member of Mexico’s negotiating team. “We knew we all really wanted this agreement.”

That sense of collaboration toward a common goal will be missing when Mexican officials arrive in Washington this week to begin rewriting the terms of the landmark deal that abolished duties on goods moving across North America.

The renegotiation process was triggered in April by President Donald Trump, who has repeatedly blamed NAFTA for the hemorrhaging of U.S. manufacturing jobs, and whose chief trade representative says closing the roughly $60 billion trade gap with Mexico will be a top priority during the talks that begin Aug. 16.

“The problem is, there’s a sense (in Mexico) that victory for Trump will have to come at the expense of Mexico,” Ortiz-Mena said, noting that Trump’s negotiators have threatened to pull out of the deal altogether if they don’t get what they want. “They’ve said: ‘If we’re not happy, we’re withdrawing.’”

Despite that hostile backdrop and the fact that Mexico, like Canada, did not want to open up the treaty to changes, Mexican officials insist they will enter the negotiating room with clear goals, which, if achieved, could end up benefiting Mexico.

A list of objectives released by the government Aug. 2 called for incorporating energy, financial services and telecommunications into an updated agreement.

Those sectors were largely left out of the original trade deal because in Mexico they were still under government control when NAFTA took force in 1994. They have since been privatized, and Mexican officials and industry leaders hope to include provisions in the new deal that will encourage more foreign investment in those industries.

Mexican officials may also push for a guest worker program in the U.S. — a proposal likely to be fiercely opposed by labor-aligned members of the U.S. Congress — and to look for ways to include smaller companies in trade.

Mexico will fiercely oppose any proposal to add tariffs to goods moving across the border — its economy secretary recently threatened to pull back on cooperation on migration and security matters if new taxes are imposed. Mexico also will seek to preserve the dispute resolution mechanism known as Chapter 19 — a tool U.S. Trade Representative Robert Lighthizer has said he wants to eliminate.

Under Chapter 19, complaints about illegal subsidies or dumping — that’s when a country exports a product at prices lower than what is charged in the domestic market — are heard by binational panels that issue binding decisions. The U.S. has frequently lost those cases and wants the ability to independently sanction industries that it believes are violating fair trade rules. Mexico has said it is open to modifying the chapter but not eliminating it.

Mexico will also be paying close attention to Lighthizer’s stated efforts to strengthen the “rules of origin” that dictate how much North American content a product must have in order to cross borders duty-free.

One thing is certain. Whatever the deal is, it will have to appease Trump.

As was evident in the recently released transcript of his January phone call with Mexican President Enrique Pena Nieto, in which Trump acknowledged that making Mexico pay for a border wall was “the least important thing we are talking about, but politically this might be the most important,” Trump is focused on the appearance of victory.

“The (Mexican) negotiators understand that they must end up with something that President Trump can sell as a win,” said Pamela Starr, a professor of international relations at the University of Southern California.

While the talks will be difficult — Lighthizer is known as a tough-nosed negotiator who advocates for “fair trade” as opposed to “free trade” — there is a palpable sense in Mexico that things could have been much worse.

After all, as recently as April, Trump was threatening to withdraw from NAFTA completely. (Many legal scholars believe Trump would need congressional approval to do so.)

But Lighthizer’s July letter to Congress outlining the administration’s intentions suggest Trump is now seeking a revision of NAFTA, rather than its destruction. Missing in the document was Trump’s January threat of a 20% tax on imports from Mexico and other countries with which the U.S. has a trade deficit.

Mexico’s economy, which saw the peso plummet after Trump’s election, has largely recovered in part because many have faith that an agreement can be made.

“It’s not as disastrous as people have feared,” said Ortiz-Mena, now a senior adviser at the international business consulting firm Albright Stonebridge Group. Still, he said, “it’s difficult to brag about what you didn’t lose.”

The trade talks will take place over several rounds of negotiations held in each of the three countries. The final agreement will have to be approved by the legislative or parliamentary branches of each country.

Experts say winning the approval of the U.S. Congress may prove as difficult as hammering out terms of the agreement with Canada and Mexico because some Republicans and labor-aligned Democrats don’t like it.

Mexico’s Chamber of Commerce has hired a top Washington lobbying firm to help, and Mexican firms are working with the CEOs of major U.S. businesses for an upcoming media campaign promoting U.S.-Mexico ties.

It’s a replay of the intense public relations campaign waged in the early 1990s, when Mexican officials toured the interior of the U.S., talking up the agreement at town halls and to newspaper editorial boards. Back then, NAFTA proponents in all three countries faced strong fears back home that the deal would hurt local economies.

In Mexico, agriculture producers warned that they wouldn’t be able to compete with cheaper corn and other crops imported from the north. In the U.S., former presidential candidate Ross Perot said jobs would be lured south by lower wages in Mexico, creating a “giant sucking sound.” The quote was repeated by politicians and policymakers again and again.

Economists are divided on the effects of NAFTA. Although Mexico lost nearly a million farming jobs during the first decade of the pact and U.S. manufacturing workers faced devastating losses of their own, some economists insist the overall benefits to the larger North American economy have outweighed damage to individual sectors.

In Mexico, the ruling Institutional Revolutionary Party strongly supports NAFTA, as does the right-leaning National Action Party. Together, they control enough of the Senate to ensure ratification of a new deal.

Some in Mexico have criticized the government for prioritizing the goals of big business over the needs of workers, who earn on average about $2 an hour.

“They’ve talked to the upper echelons of economic officials and the heads of the private sector, and that’s about it,” said Carlos Antonio Heredia Zubieta, a professor of international relations at Mexico’s Center for Research and Teaching in Economics.

Heredia said he was alarmed when Mexican officials said they would oppose potential U.S. efforts during the negotiations to raise Mexico’s minimum wage, currently about $4.50 for an entire day’s work.

“They are basically addicted to a low-wage economy,” Heredia said.

There is no deadline for an agreement to be reached, but Mexico is under pressure to wrap up the NAFTA talks quickly, before campaigning for next summer’s presidential election gets into full swing. Front-runner Andres Manuel Lopez Obrador’s left-wing political party, the National Regeneration Movement, is opposed to adding other sectors of the Mexican economy to the free trade agreement.

Mexico’s aim during the negotiation will be to be move quickly under the guiding principle of “do no harm,” said Michael Camunez, the CEO of a consulting group called Monarch Global Strategies, who served as assistant secretary of Commerce under President Barack Obama.

Camunez said he believes that all sides can reach an agreement they will be happy with while significantly modernizing NAFTA. After all, he said, Mexico’s political and business leaders have long desired updates to the country’s trade relationship with its neighbors to the north. That is why Mexico eagerly signed on to the Trans-Pacific Partnership, the 12-country trade deal that Trump pulled the U.S. out of on his third day in office.

“The first NAFTA, it was like the 1974 Corvette,” Camunez said. It was innovative then, but now is showing signs of age. “The new agreements,” he said, “are like the Tesla.”

Staff writer Don Lee in Washington contributed to this report.