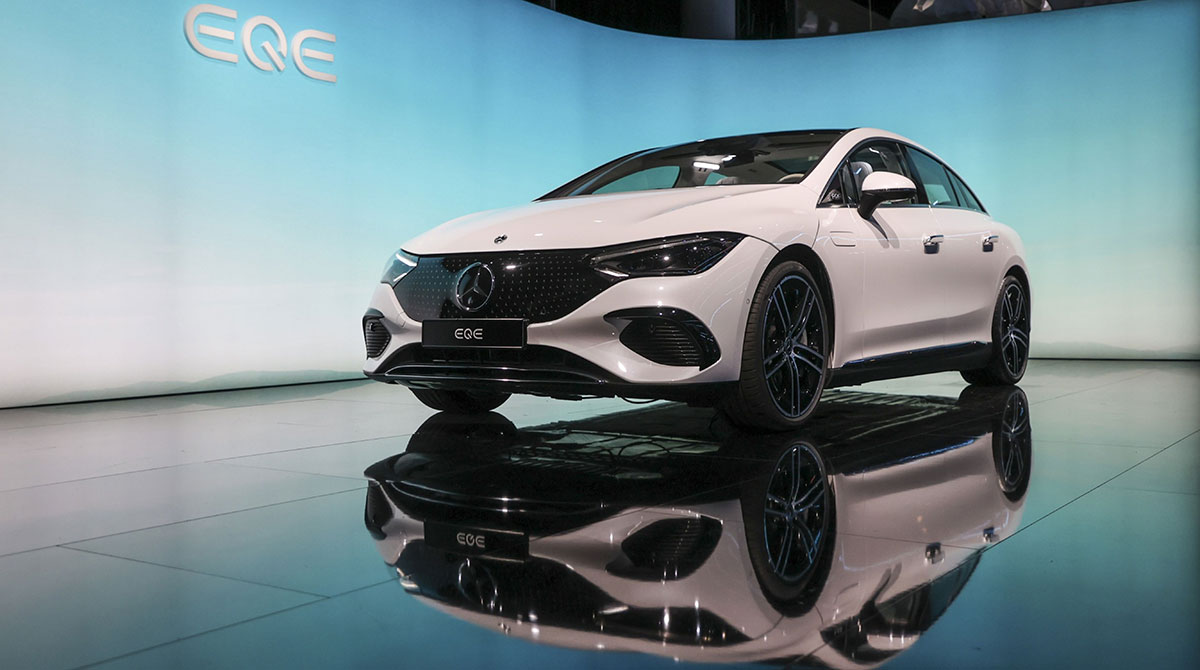 Daimler AG will team up with Stellantis NV and TotalEnergies SE to boost the scale of their European battery venture to more than 7 billion euros ($8.2 billion) in a move to secure supplies for electric Mercedes-Benz cars.

The world’s biggest luxury-car maker will take a 33% stake in battery manufacturer Automotive Cells Co., whose projects will be financed through equity, debt and subsidies, Daimler said Sept. 24. ACC aims for capacity of at least 120 gigawatt hours in Europe by the end of the decade, more than double the amount laid out by the two founding partners.

The venture, which has held talks with French rival Renault SA, is open to adding more partners, Stellantis said separately. Mercedes will invest roughly 500 million euros next year and expects its total spending to remain below 1 billion euros.

“This investment marks a strategic milestone on our path to CO2 neutrality,” Daimler CEO Ola Kallenius said in a statement. “This new partnership allows us to secure supply, to take advantage of economies of scale, and to provide our customers with superior battery technology.”

Daimler’s move is the latest step by the maker of the EQS sedan to accelerate toward fully electric vehicles. Joining with Europe’s second-biggest carmaker will help Mercedes gain scale to fend off Tesla Inc. and Volkswagen AG’s luxury brands. The deal adds to a flurry of activity across the industry to ensure sufficient supply of batteries. In Europe, EVs accounted for 17% of sales during the first half.

Mercedes’ investment will help “get ACC off the ground” as a potential European leader in the battery race, Jefferies analyst Philippe Houchois said in a note.

ACC is an initiative forged in 2020 by Total’s Saft unit and Stellantis, formed from the merger of PSA Group and Fiat Chrysler earlier this year. Originally slated to cost 5 billion euros, it’s also backed by France and Germany as part of the EU’s push to chip away at Asian dominance in EV batteries and create new jobs. The venture is going up against the likes of Sweden’s Northvolt AB, co-founded in 2016 by former Tesla executives that’s won Volkswagen and BMW AG as customers.

The manufacturer will have to successfully juggle production of cells for Mercedes luxury cars as well as for Stellantis’ mass-market brands, said Ferdinand Dudenhoeffer, director at the Center Automotive Research in Germany. “The cell materials for Mercedes are bound to differ significantly from the ones for Opel, Peugeot or Fiat.”

Joining forces with Stellantis will also put Daimler back in touch with Chrysler and add further distance with Renault in a sign of the deep shifts upending the industry. Daimler and Chrysler in 2007 dissolved their merger after failing to find synergies, while Renault and Nissan Motor Co. earlier this year sold their equity stakes in Daimler to help finance their turnaround efforts.

Daimler will hold two of six supervisory board seats for the battery maker, which will supply Mercedes from mid-decade and is weighing an expansion of its production network in Europe. The companies will work together on battery technology development, including high silicon anode and solid-state batteries.

Mercedes in July unveiled plans to spend more than 40 billion euros this decade to electrify its lineup and defend its leadership in the luxury segment. The goal includes building battery cars on three all-electric vehicle platforms from 2025 and setting up eight battery factories worldwide with partners.

After years being viewed as a laggard in the EV race, Mercedes stepped up its game this year with the launch of the EQS, the electric version of its flagship S-Class. The sedan blends upscale appeal and competitive battery range to challenge electric leader Tesla. It’ll be flanked by the EQE, the battery-powered counterpart to the E-Class sedan, which was unveiled earlier this month in Munich.