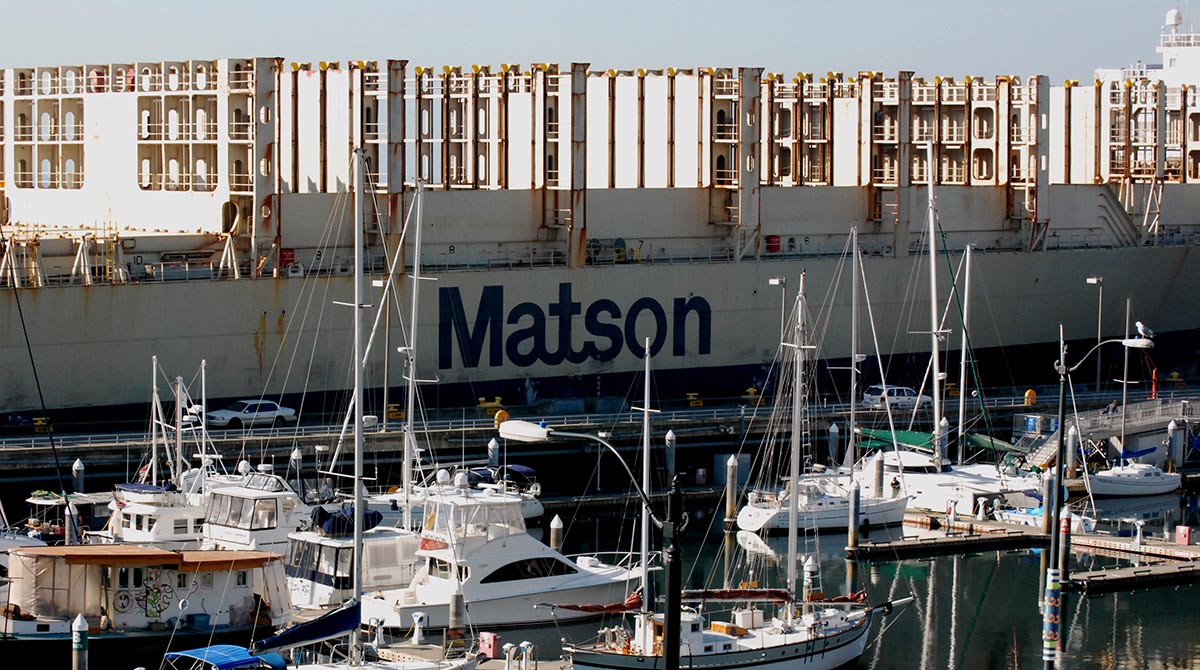 Matson Inc. sailed over a shallow trough of lower Hawaii cargo shipments to produce a 33% profit gain in the second quarter largely driven by enhanced business in China and Alaska.

The Honolulu-based ocean cargo transportation firm July 31 reported earning $24 million in the April-June period, up from $18 million in the same quarter last year.

Partially offsetting these gains was 3% lower container cargo volume in Hawaii, Matson’s largest market. The company said this dip was due to lower construction material shipments as Honolulu’s high-rise condominium development boom ebbs, along with the lack of additional business that Matson captured in last year’s second quarter when competitor Pasha Hawaii temporarily lost one ship to mechanical problems and had to reconfigure its service.

“I feel good about where we are, and I’m encouraged by the strength of our second-quarter results,” he said. “However, looking ahead we see some areas of uncertainty and are not prepared at this time to raise our outlook for the full year.” One area of concern, Cox added, was growth in the Hawaii market.

In the second quarter, Hawaii cargo volume decreased 3% to 38,600 containers from 39,700 containers a year earlier. The number of automobiles shipped by Matson in Hawaii fell 22% to 16,500 vehicles from 21,200 vehicles in the same period a year ago.

In China, Matson container shipments rose 15% to 16,900 in the second quarter from 14,700 a year earlier. The company said the gain was due to stronger customer demand and one additional sailing in the quarter. Matson, which charges more for speedier service compared with other carriers, also said its average freight rates were modestly higher in the recent quarter despite a chronic oversupply in the market.

Cargo volumes in other markets Matson serves — Alaska, Guam and Micronesia/South Pacific — had relatively small changes and impacts on the company’s bottom line.

Overall, operating income for Matson’s ocean transportation division totaled $39 million in the second quarter, up by 15% or $5.1 million, from $33.9 million a year earlier.

In Matson’s other division, which arranges ground transportation and other services, operating income rose by $4.7 million to $6.9 million in the second quarter from $2.2 million a year earlier. This gain was primarily due to Matson’s acquisition of a freight bundling company called Span Alaska last year. The recent quarter was the first full quarter that included Span Alaska operations.

Matson bought Span Alaska in August 2016 for $197.6 million and estimated that the new subsidiary would increase its annual profit by 10 cents to 12 cents per share of stock.

In the second quarter, Matson’s profit per share was 55 cents, up from 42 cents a year earlier.