Maryland’s Joyce Bain on NTDC: ‘I Go to Win’ 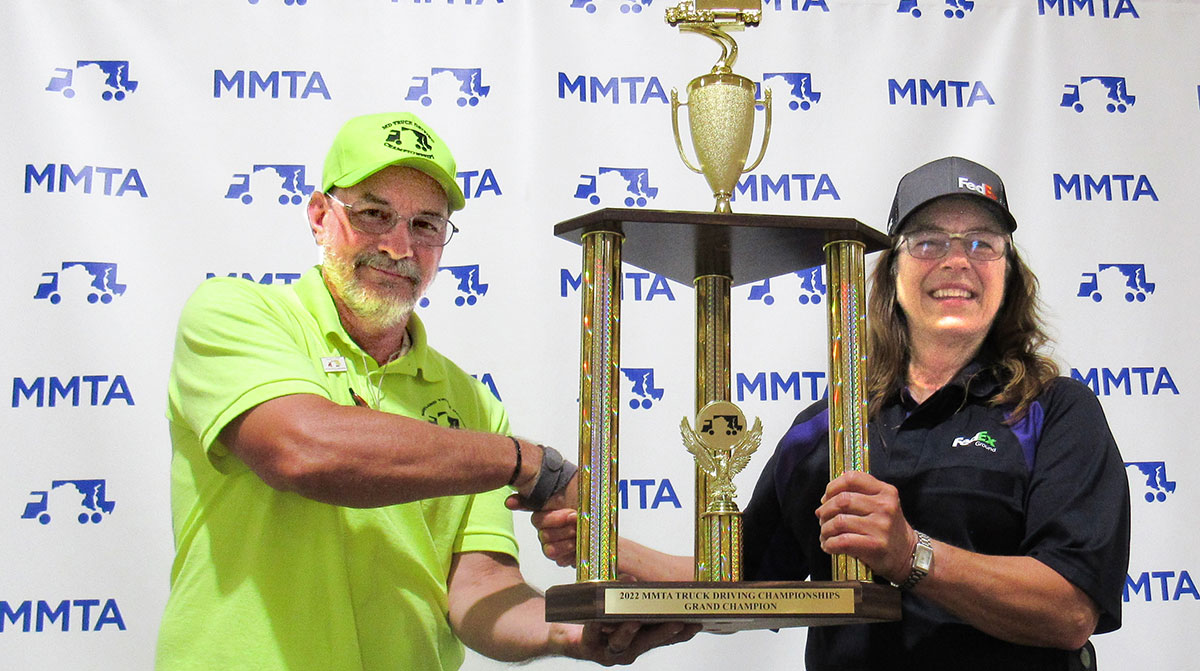 In June, Joyce Bain set out to win Maryland’s truck safety tournament. And, by relying on consistency and mental toughness, she did just that.

Scheduled Aug. 16-19 in Indianapolis, the safety tournament will mark Bain’s second shot at competing at the national level.

With more than three decades of professional experience, and a résumé that includes five state-level performances, she is devoting plenty of energy to set herself up for success.

In case anybody was wondering, confidence is not a trait she lacks.

That confidence will be useful since at NTDC she will test her skills in a vehicle class that will feature three former national grand champions: Scott Woodrome of Ohio with FedEx Freight, Indiana’s Mike White with Walmart and FedEx Express’ Roland Bolduc of Connecticut are scheduled to take part in the sleeper berth class.

Reacting to the headline-grabbing qualifiers, Bain said: “You will know I’m here.”

Celebrate the #NTDC22 drivers who competed at nationals and crown the 2022 Grand Champion at the Awards Ceremony & Celebration. After the ceremony, attend the celebration for food, fun and entertainment. Get your ticket today! https://t.co/RvjyO2XSTK pic.twitter.com/yTqGJe40Md

She added, “I’m not going to let that bother me [because] I’m just going to stick with my game plan and we’ll see who comes out on top. But it’s going to be very, very competitive.”

For Bain, strategizing for nationals consists of a two-point plan.

“Every day you practice, you know. It’s like, making your turns and just getting around in tight places and that sort of thing,” she said. “I just look at it as practice. To always keep your skills sharp. And go study up on the [Facts for Drivers] book — the questions, because some of that information in there changes from year to year.”

The other aspect of her strategy rests, not in technical preparations, but in the mind. She trains herself to focus on the moment, specifically the tournament’s written exam, pre-trip vehicle inspection and a driving skills course.

“For me, it’s a little more of a mental thing. I play it through in my mind,” she affirmed: “Visualize it.”

The NTDC judges “set some tricky problems,” she recalled. “It’s whether you catch them.”

She continued, “You have to make sure that you see the forest, meaning that if they do something that you pick up on it, you’re not just, you know, looking but not seeing.”

Specific to the pre-trip vehicle inspection, as well as the driving course, she learned that there’s more than one way to attack a problem.

“You got to look at all the different ways that you can go through this problem and set yourself up for the second problem and then each problem,” Bain said.

“What’s the best way to go through that problem to have yourself set up for the next problem, and yet be able to score well,” she added.

Reflecting on the national tournament’s significance for the industry, the experience offers an ideal venue to network with peers from many corners of the country. Celebrating a culture of safety with like-minded enthusiasts is often exhilarating, she explained. Even in a competitive environment, NTDC qualifiers tend to enjoy the camaraderie.

“You get to meet new people,” she said. “You make new friends. It’s a good experience. I like it.”