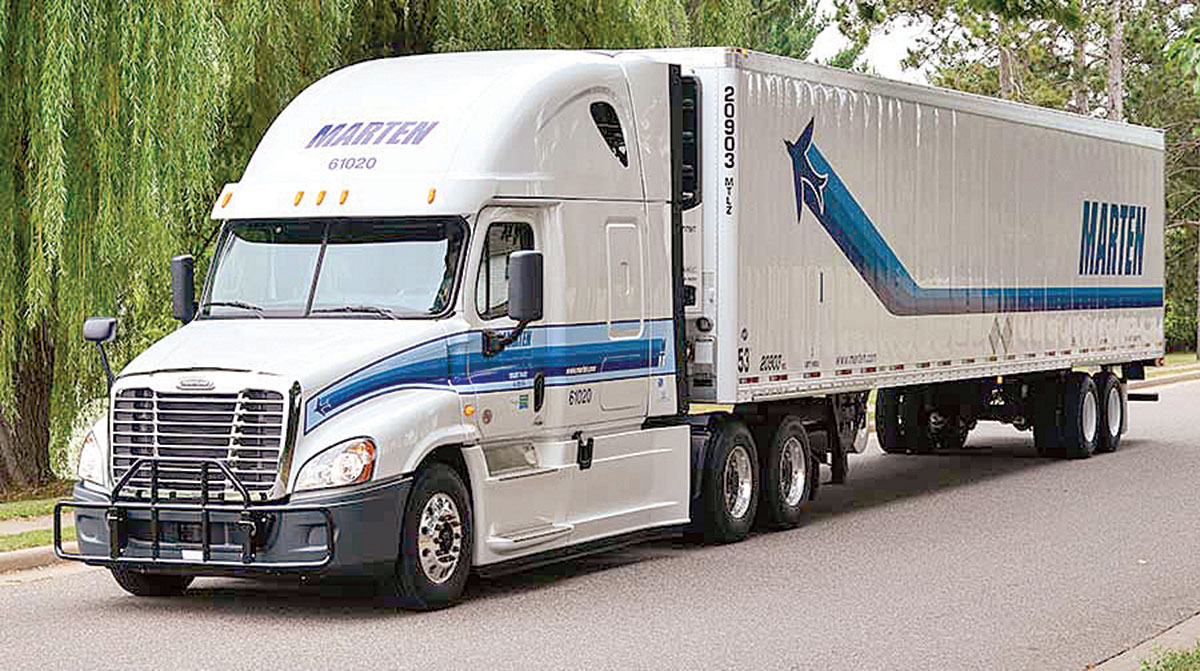 The Mondovi, Wis., supplier of time- and temperature-sensitive transportation services said July 15 that net income improved 18.1% to $21.4 million, or 26 cents per diluted share, for the three months ending June 30. That compared with $18.1 million, 22 cents, during the same time last year.

“Our talented and disciplined people capitalized on the continuing tight freight market to drive our highest operating revenue and operating income for any quarter in our history,” Executive Chairman Randy Marten said in a statement. “We have been increasing and will continue to increase the compensation from our customers for our premium services within the constrained freight market largely caused by the unrelenting national shortage of qualified drivers.

“We are also heightening our emphasis on structurally improving our drivers’ jobs and work-life balance by collaborating with our customers.”

Marten Transport reported it also saw the best operating ratio and net of fuel surcharges for any quarter since going public in 1986. Operating expenses as a percentage of operating revenue improved to 86%. Operating income improved 12.9% to a record $28.5 million from $25.3 million in last year’s second quarter.

The results were close to Wall Street expectations. Investment analysts had been looking for 26 cents per share and quarterly revenue of $237.2 million, according to Zacks Consensus Estimate.

KeyBanc Capital Markets tweaked its estimates to reflect a lower average fleet count that is being partially offset by favorable pricing dynamics. Its 2021 estimates decreased to $1 from $1.05. But 2022 estimates remain at $1.15. The investment bank also expects strong contract renewals and increased revenue per mile to more than counteract cost inflation.

Marten Transport ranks No. 42 on the Transport Topics Top 100 list of the largest for-hire carriers in North America. The company was founded in 1946.