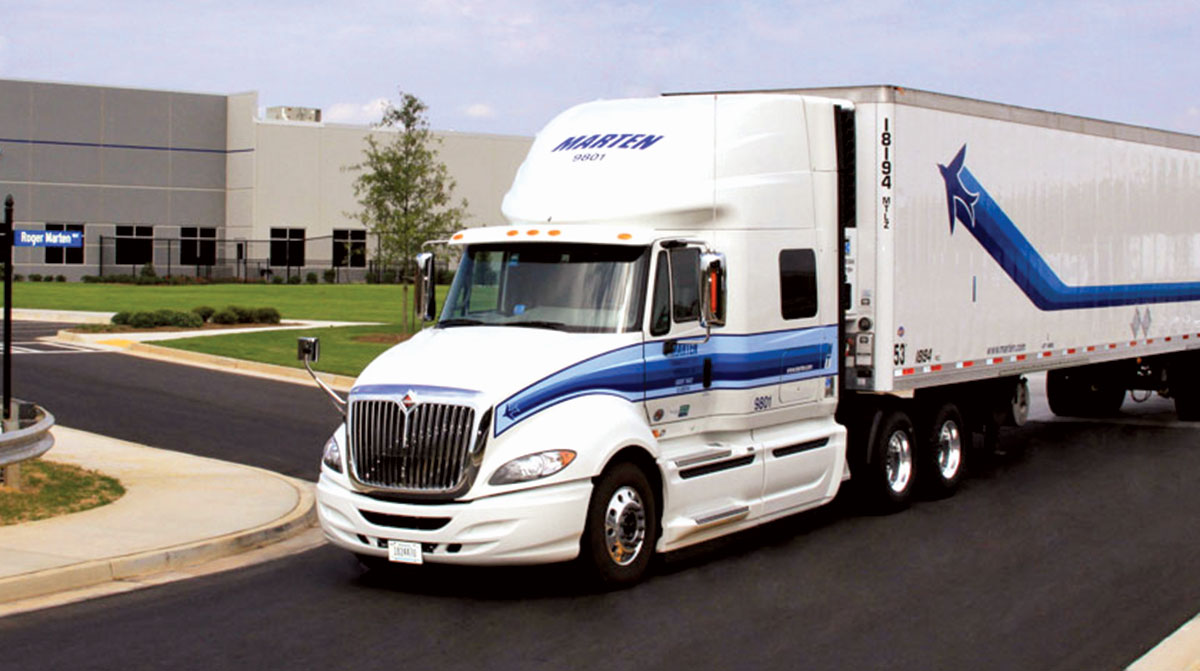 Marten Transport on July 18 reported the highest operating revenue and operating income in its history for the second quarter.

The Mondovi, Wis.-based supplier of time- and temperature-sensitive transportation services posted net income of $31.7 million, or 39 cents per diluted share, for the three months ending June 30. That compared with $21.4 million, 26 cents, during the same time the previous year. Total operating revenue increased by 41.8% to a record $329.6 million from $232.4 million.

The results surpassed Wall Street expectations of 32 cents per share and quarterly revenue of $288.75 million, according to Zacks Consensus Estimate.

“The unrelenting national shortage of qualified drivers is a long-term double-edged sword for our industry, simultaneously tightening the freight market while limiting fleet size,” Executive Chairman Randolph Marten said in a statement. “Our ability to capitalize on the high level of demand we continue to see and apply our culture of continuous operating enhancements within our unique business model has largely contributed to our performance improvements.”

Operating income improved 43.5% to a record $40.9 million from $28.5 million during the 2021 period. Marten also noted in the report that the operating ratio that is a net of fuel surcharges was the best for any quarter since it became a public company in 1986. That improved to 84.8 from 86 last year.

“Our approach to overcoming the driver shortage is a heightened emphasis on structurally improving our drivers’ jobs and work-life balance by collaborating with our customers while also increasing our driver compensation,” Marten said. “We continue to build on our success in expanding the capacity we provide as we began this year’s third quarter with 123 more of the industry’s top drivers than we employed at the beginning of the second quarter. We have now increased our number of drivers by 422, or 15.4%, since June 30, 2021.”

Marten Transport ranks No. 46 on the Transport Topics Top 100 list of the largest for-hire carriers in North America.