An increasing number of less-than-truckload fleets are expanding the use of dimensioners in their facilities. (Estes Express Lines)

The use of dimensioners is expanding in the less-than-­truckload industry, enabling carriers to more accurately calcu­late shipment density.

In fact, many LTL carriers are leaning toward the adoption of a pricing system that is based on density alone.

This is in contrast to the pricing method that has held sway in the industry for decades. Shippers and LTL carriers have been using the National Motor Freight Classification standard, which assigns rates based on handling, stowability, liability and density.

“The importance of density in transportation pricing is not disputed,” said Paul Levine, executive director of the National Motor Freight Traffic Association, which publishes the NMFC. “In fact, the primacy of density has long been, and remains, a guiding principle in the assignment of classes in the NMFC.” 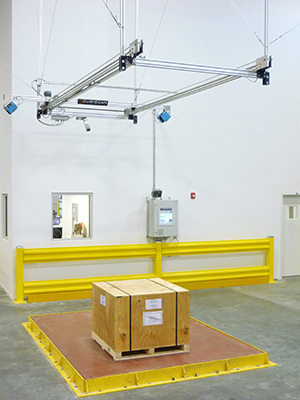 The argument made by Levine is that LTL carriers need to consider other factors besides density.

“Density alone, we believe, does a poor job of reflecting the costs associated with the transportation of LTL freight,” he said.

To illustrate his point, Levine gave the example of two pieces of freight that have the same density — a palletized stack of boxes and a piece of construction equipment that is 9 feet long and tendered loose.

While the pallet is easily handled, the piece of construction equipment requires special handling, which increases the cost associated with shipping. By having a mechanism to account for such disparities, the NMFC “more accurately reflects the costs associated with transporting the freight than does density-based pricing alone,” Levine said.

But for many, the debate is largely settled.

Healy said the challenge will be to find the proper pricing method that simplifies the process for customers and LTL providers.

“FedEx Freight is committed to utilizing technology to find the right pricing solution for our customers and our business,” he said.

The NMFC itself is not static. 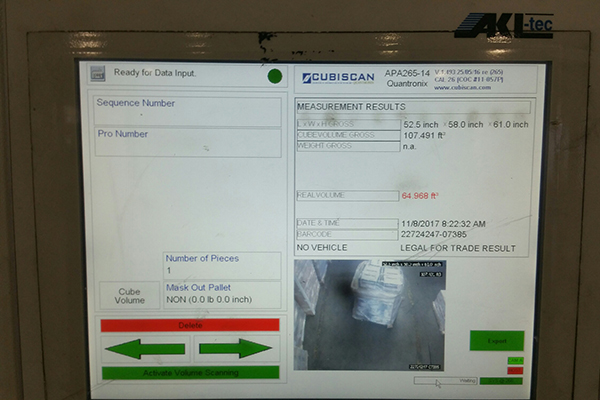 “The NMFTA is fully aware of the dimensioning revolution, and they are making changes to the NMFC in response,” YRC Freight President Darren Hawkins said. “More and more commodities go to a full-range density classification now.”

Although many LTL carriers are pushing for density-based pricing, certain obstacles stand in the way. FreightSnap CEO ­Michael Eichenberg said dimensioning technology is only now becoming affordable and practical.

“I also believe there will be a trigger point that will push the industry the last mile,” Eichenberg said. “Dimensional pricing is already established outside the U.S., so it’s just a matter of time.”

Dimensioning is now recognized as a standard LTL practice, according to Hawkins.

“The fact that so many carriers are using it helps with the evolution of the process because all shippers are exposed to it, no matter what LTL carrier they use,” he said. “The majority of the LTL industry has fully adopted dimensioners and I would say are believers.”