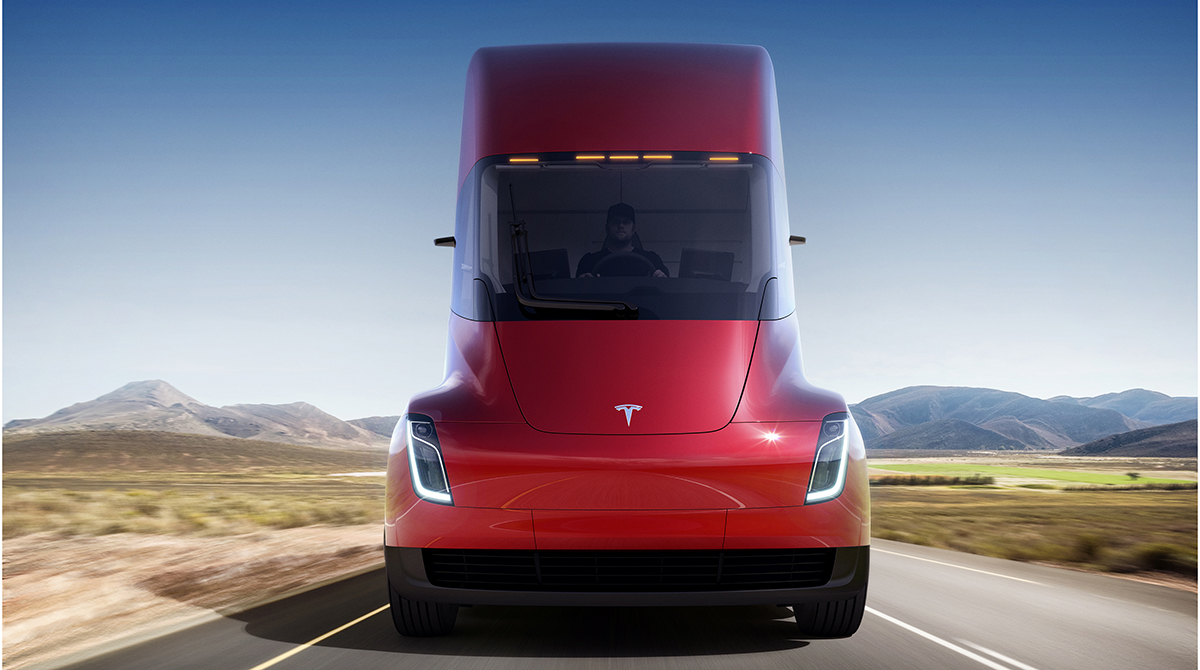 Large for-hire carriers and major retailers are reserving their places in line to be among the first to test the all-electric Tesla Semi in their operations.

J.B. Hunt Transport Services Inc., NFI Industries and Bison Transport Inc. and retailers Wal-Mart Stores Inc., Meijer and Loblaw Cos. confirmed that they have pre-ordered the truck or plan to do so. The Tesla Semi is scheduled to enter production in 2019.

ANALYSIS: Will Musk's success with electric cars translate to trucking?

SPLASHY DEBUT: Tesla Semi's unveiling was a spectacle in itself

LIVEONWEB: How does electric fit in with the trucks of tomorrow?

J.B. Hunt said it has placed a reservation to purchase “multiple” Tesla Semi tractors, which it plans to deploy in its intermodal and dedicated contract services divisions to support operations on the West Coast.

“Reserving Tesla trucks marks an important step in our efforts to implement industry-changing technology,” CEO John Roberts said. “We believe electric trucks will be most beneficial on local and dray routes, and we look forward to utilizing this new, sustainable technology.”

Truckload carrier NFI Industries said it will expand its fleet with Tesla’s all-electric trucks to advance its environmental sustainability initiatives.

“I am eager for NFI to continue moving toward this next chapter where sustainability plays an even larger role in the story,” said Ike Brown, NFI’s vice chairman and president. “Combining Tesla’s innovative technology with the best practices NFI already has in place, I look forward to further advancing NFI’s position as a responsible corporate citizen while making our dedicated and drayage fleets more sustainable.”

With its acquisition of California Cartage Co. in October, NFI operates one of the largest drayage fleets in North America.

Wal-Mart has pre-ordered five Tesla Semis for its U.S. operations and 10 more for its Canadian business.

“We have a long history of testing new technology — including alternative-fuel trucks — and we are excited to be among the first to pilot this new heavy-duty electric vehicle,” Wal-Mart spokesman Ryan Curell said. “We believe we can learn how this technology performs within our supply chain, as well as how it could help us meet some of our long-term sustainability goals, such as lowering emissions.”

Another major retailer, Meijer, also plans to test the vehicle in its fleet.

“We have made a small financial commitment to ensure we are at the front of the line to test this new Tesla truck technology, which has the potential to not only reduce our carbon footprint but also realize cost savings that will allow us to keep prices low for our customers,” Meijer spokesman Frank Guglielmi said. “Once our testing is complete, we will validate several factors, including environmental impact and product safety, and make a decision on whether we will complete the purchase.”

Canadian food retailer Loblaw Cos. has placed an order for 25 trucks “and will have them in Canada as soon as they’re available,” the company said in a statement.

Bison Transport also will be in line to test the Tesla Semi, said CEO Rob Penner, who attended the truck’s Nov. 16 unveiling in Hawthorne, Calif.

“We do see potential for electric trucks in our regional and medium-range operations, so this is definitely something that we will fully evaluate,” he said.

“We will see about how they plan on warrantying and servicing the truck, but 1 million miles on the powertrain does seem logical given it is an electric motor, not a combustion chamber,” he said. “Of course the downside remains range and ultimate flexibility. At least today, the truck would have to operate in a much more confined network today than any diesel equipment.”

Penner expressed confidence in Tesla’s manufacturing capabilities. The company is producing quality automobiles and will use much of the same technology in the trucks, he said. “They have legitimate street credibility.”

In a note to investors, Stifel analyst Michael Baudendistel wrote that Tesla’s presentation raised more questions than it answered.

“While the truck was impressive in many ways, we’re not yet sure of the economic case for truckers,” he said.

Baudendistel said that assessing the potential return on investment starts with the vehicle’s price, which wasn’t disclosed.

Tesla also did not reveal the weight of the truck’s battery pack, which could cut into its payload capacity, he said.