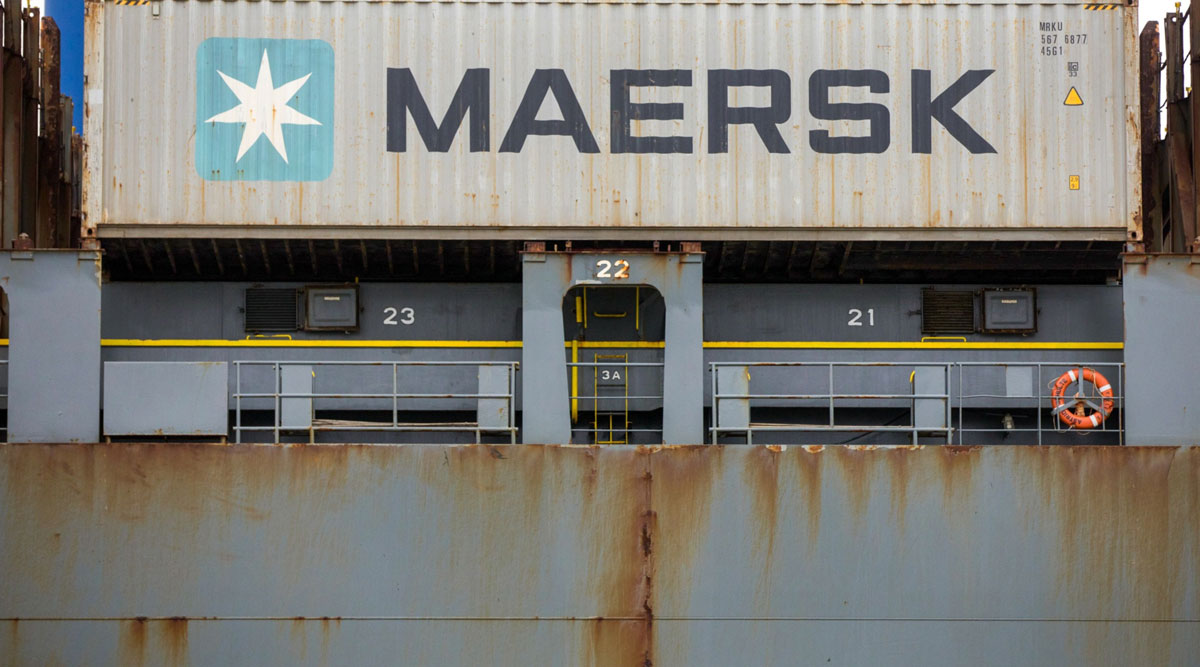 A containership owned by A.P. Moller-Maersk A/S was attacked off the West African coast, prompting the company to warn of a rising risk from piracy in the area.

The Maersk Cadiz was boarded by “criminals” on Dec. 19 at about 2:30 p.m. Nigeria time while traveling from Tema in Ghana to Kribi in Cameroon, Maersk said in a statement. Nigerian naval ships have arrived to help the vessel, which can transport the equivalent of as many as 4,500 20-foot containers.

All 21 crew have been confirmed as safe, and the vessel has been secured, a spokeswoman for Copenhagen-based Maersk said. The ship was carrying cargo when attacked.

The boarding of the Maersk Cadiz follows an attack on another Maersk containership near the West African nation of Guinea in February. That vessel, known at the time as the Maersk Tema, was owned and operated by two German companies.

The West African coast overtook Southeast Asia last year as the worst area for reported piracy and kidnappings at sea, with the number of seafarers seized rising by more than 50%, according to a study. Despite a global decline in piracy in 2019, attacks have continued in the Gulf of Guinea this year, especially off Nigeria’s coast.

“We are very concerned about the increased security risk from armed attacks on merchant vessels in the area,” Maersk Chief Technical Officer Palle Laursen said in a statement. “The risk has reached a level where local governments and the international community must take action to deal effectively with an unacceptable situation.”

The Maersk Group ranks No. 4 on the Transport Topics Top 50 list of the largest global freight carriers.

Maersk Says Record Shipping Rates Unlikely to Have Peaked Yet