The Year in Charts: Volatility and Resiliency for Trucking 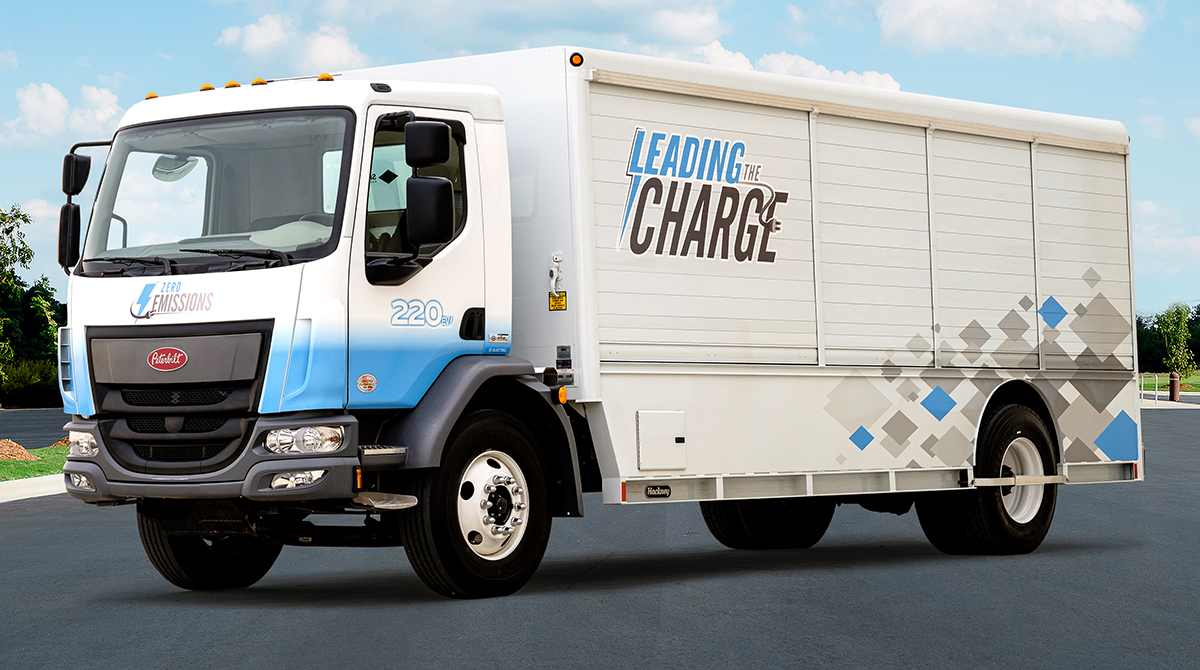 The Peterbilt 220EV is just one example of trucking's transition to electrification that continued in 2020. (Thomas Judd)

Truck buyers started 2020 in a cautious mood, waiting to see what would happen amid expectations of softening freight demand and overcapacity in the coming year — 2019 had ended as the best Class 8 sales year since 2006.

At the same time, the novel coronavirus was drawing closer.

The double-digit declines continued in the first quarter.

And the coronavirus surged.

Truck plants were temporarily closed and reconfigured to meet social distancing on the plant floor.

But the goods-based portion of the economy had steadily revived. While many trucks remained unseated and drivers laid off, others carried that rebounding freight through the pandemic to the acclaim of the nation. In August, sales of 17,685 briefly claimed the high point of the year.

In September, carriers showed no signs of backing off. Class 8 sales climbed higher than a month earlier to a new 2020 peak, hitting 19,126.

One analyst said third-quarter results for publicly traded carriers were set to be jaw-dropping good.

With rates on fire and profitability seeming invincible, fleets remained caught up in buying trucks, and Class 8 sales in October reached 18,774, the year’s second-highest peak.

Figures for the final month of 2020 will not be available until mid-January.

2020 arrived on the heels of two recent and different records for trailers.

For fleets, it was less clear-cut. They had become increasingly cautious in 2019 as the pre-pandemic business environment softened.

Orders slipped lower from there.

In March, orders fell to 7,595. Production lines slowed. The novel coronavirus spread. Warnings increased. New York City was the center of the pandemic. People stayed home, and businesses grasped at whatever they could to stay afloat. 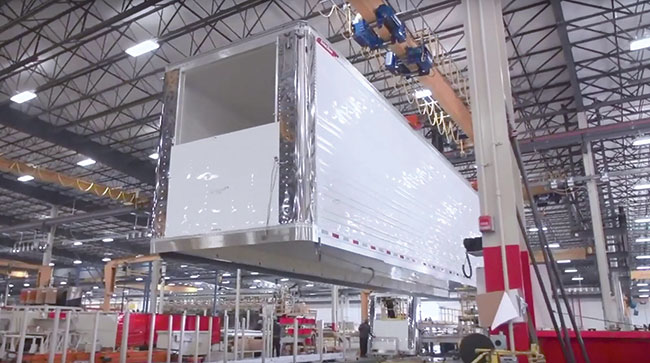 The third-highest  trailer order volume ever — 54,691 — was reported in October. (Great Dane via YouTube)

By April, unemployment was about 26 million. Trailer orders plunged to an all-time low of 209. Cancellations in the month had soared as fleets backed away from prior commitments.

May improved slightly. Orders sank to the second-lowest level ever at 3,107. One industry analyst said, “It is better, but not gangbusters by any stretch of the imagination.”

In June, as goods-based freight demand and freight rates rose together, trailer orders came roaring back at 13,441.

August was even better at 28,139. One trailer maker noted the company was back in growth mode. “We are working hard to add capacity to meet the growing demand of the market.”

The demand for goods was its own contagion. More needed to be moved. Freight rates soared again, but truck capacity had shrunk as drivers at fleets oriented more to supplying services-related freight parked trucks and laid off drivers.

September saw an explosion in trailer orders as they skyrocketed to 51,208. That was briefly the third-highest total ever.

Backlogs grew longer, and supply chains appeared likely to become strained. The fleets’ caution, evident at the beginning of the year, had disappeared.

“A few months ago, fleets were only ordering what they were sure they needed because of the uncertainty,” another analyst said. “It has just totally flipped from that environment to ‘Gee, how many trailers do you think we’ll need next August? Throw on an extra 20, just in case.’”

October arrived to claim the third-highest order volume ever with 54,691. Expectations rose for a much better economy in 2021. Talk of having a vaccine sooner increased. That became a reality Dec. 10 when the Food and Drug Administration granted emergency use authorization to the vaccine produced by Pfizer and its German partner BioNTech.

Another analyst pegged October’s trailer orders even higher, but in either case, the month’s surge signaled fleet after fleet had stepped up protective moves to secure next-year slots. especially for dry vans.

November orders climbed to 39,500, basically doublie the 19,500 from a year earlier, as demand for dry vans powered ahead, along with refrigerated trailers and strengthening flatbed activity.

2020 was a dizzying, anxious, chaotic, and, ultimately, optimism-fueled year, unlike any other in the long history of the U.S. trailer industry.

Truck tonnage levels in 2020 were much like the wildest roller coaster ride at an amusement park.

Tonnage in January started out climbing slowly and steadily, up a modest 0.8% when measured against 2019’s figure. February was even better, up 2.6% year-over-year.
The tonnage numbers were climbing through the first three months of the year, as March showed a 4.3% year-over-year improvement.

Then the COVID-19 pandemic hit, and phrases such as “stay at home” and “wear a mask” became commonplace.

By the second quarter, the economy began to plummet, with the service and travel industries among the hardest hit. April saw an 11.3% decline in tonnage, and May proved only slightly better, indicating a 9.6% decrease when measured against 2019. The numbers still were negative in June, 1.3%, but there were indications things were beginning to stabilize.

Fleets that were at one time delivering food to restaurants now crippled by the pandemic shifted operations to grocery stores and the surging e-commerce sector.

Still, truck tonnage was below pre-pandemic levels. “But it is close,” he said.

July and August tonnage continued to show a recovering economy as July tonnage was down 8.3% year-over-year and August showed an 8.9% decline.

September showed a leveling off as year-over-year tonnage remained negative, down 2.7% compared with 2019, but improving when compared with the previous two months.

October’s figures are  the most recent available, an 8.7% decline when compared with 2019.

Even with the dip, Costello said trucking firms that move raw items for home construction, personal protective equipment, groceries and e-commerce are doing well, while those that ship oil, gasoline and diesel continue to struggle.

"I believe October’s tonnage softness was more of a seasonal issue during a pandemic than anything else,” Costello said. “Typical seasonality is off this year, and it was a reason why October was down so much.”