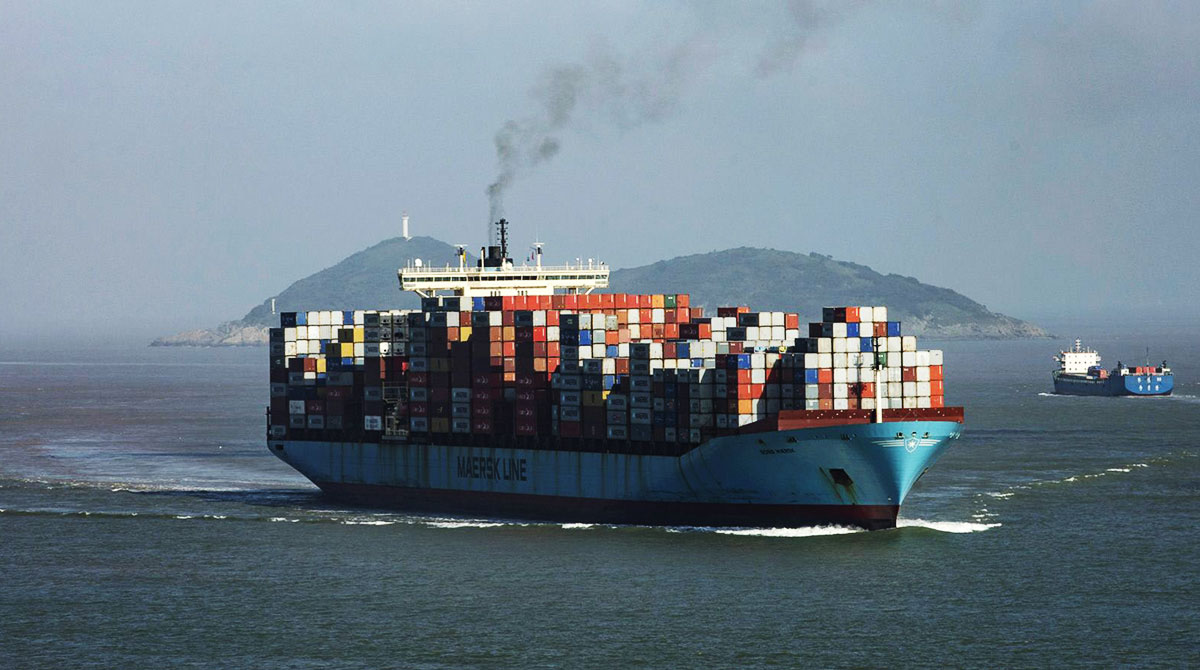 A.P. Moller-Maersk A/S, one of the world’s largest oil consumers, is ramping up plans to eliminate carbon emissions after finding green alternatives to fuel its fleet of ships.

The container shipping giant said it will hit its goal of becoming carbon neutral in 2040, 10 years earlier than planned, and the target will now also cover indirect, so-called scope 2 and 3, emissions as well as CO2 that Maersk itself emits.

To meet the targets, Maersk will introduce a new range of green products for its customers, the Copenhagen-based company said Jan. 12. It also will invest in natural climate solutions. That was recommended by the Science Based Targets initiative, which Maersk is using to set its pathway for cutting emissions.

CEO Soren Skou has said the shipping industry can afford a transition to vessels that run on methanol or ammonia, a switch estimated to add 10%-12% to transport costs. Maersk earlier this week ordered four methanol-powered container vessels, adding to eight already booked for delivery in 2025. 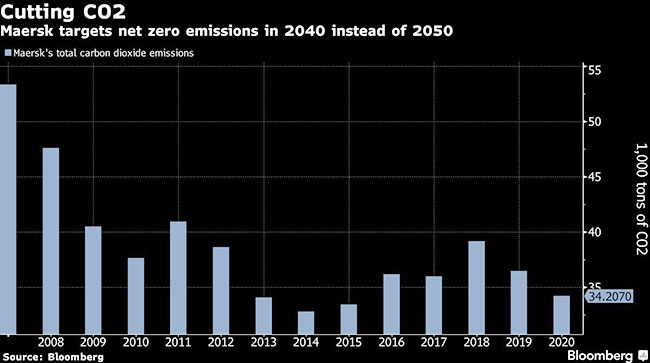 Maersk, the world’s largest shipping line by vessels owned, consumes about 12 million tons of marine oil per year, roughly equal to all the oil produced in the world in a single day.

Maersk set an interim 2030 target of reducing emissions by 50% for each transported container and 70% for its port terminals. This will lead to absolute emission reductions of 35% to 50% from a 2020 baseline.

Maersk had originally limited its plan to cutting only pollution that it directly produces, so-called Scope 1 emissions. Scope 2 emissions are those produced by the energy sources that a company buys, while Scope 3 are generated by supply chains and customers’ use of products.

Maersk Is Heading for Biggest Profit in Danish History