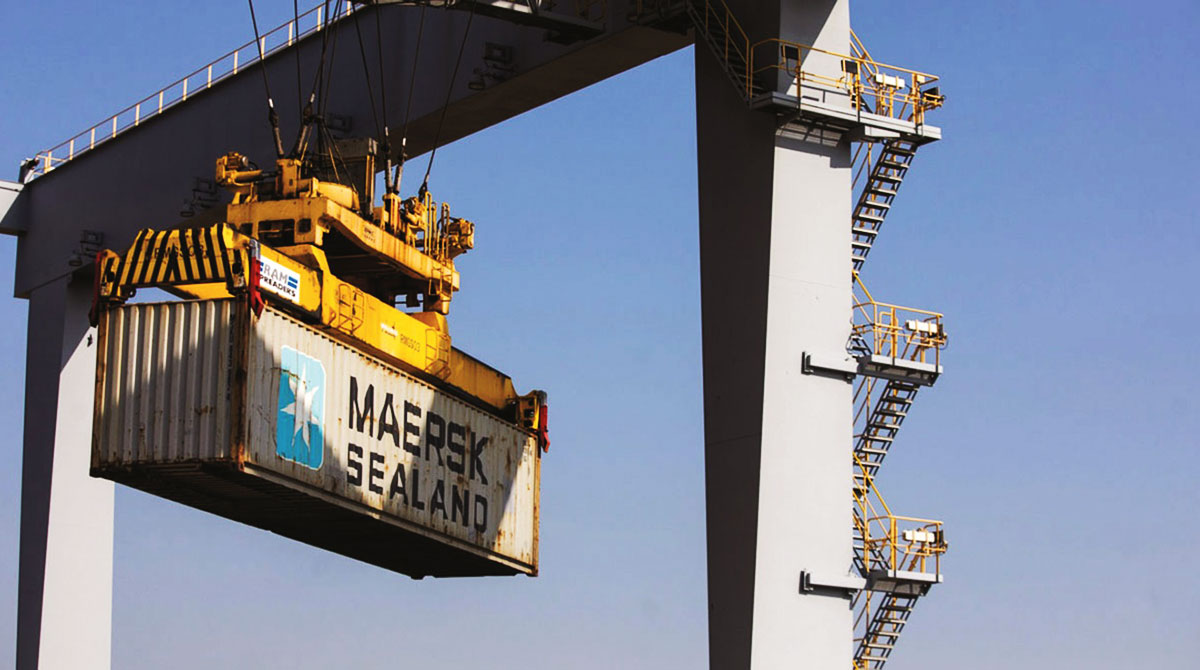 The world’s largest shipping line said global ocean-based freight shipping will grow between 7% and 9% this year, a percentage point higher than a previous prediction, according to a statement Nov. 2.

“Our clients are trying to meet strong consumer demand” as well as increase their own inventories, CEO Soren Skou said in an interview with Bloomberg TV. “That’s what’s driving the very strong demand for transportation right now.”

Supply chains around the world have been thrown into chaos as shippers struggle to cope with a surge in demand for consumer goods, coupled with port disruptions caused by COVID outbreaks. Container lines like Maersk have been the big winners as freight rates jumped to record levels with companies desperate to secure shipments. 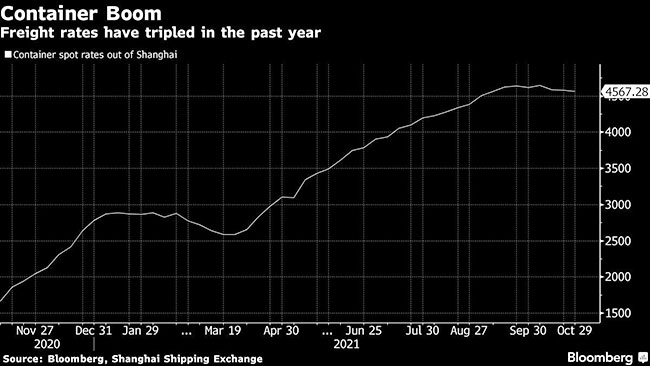 A lack of truckers and other personnel issues are adding to strains on global trade, with some 300 ships waiting to unload, according to Skou.

“The issue is not really a lack of ship capacity,” he said. “The issue is that the ship capacity is being used up by waiting outside ports, and we need to solve the labor problem in the ports in order for supply chains to be better.”

Tight transport networks are having an impact. Goods consumption in Europe stalled in recent months, and auto production took a hit from a shortage of parts, Maersk said in its quarterly report.

The company projected growth to slow next year, forecasting global container demand to increase by 2%-4% in 2022. The company indicated that trade constraints and rising prices are showing signs of impacting consumer behavior, noting that consumer spending in U.S. and Europe is tilting toward services.

Maersk also announced the acquisition of German air-based freight carrier Senator International for an enterprise value of $644 million. Skou said he expects more deals in the shipping industry, but the company wouldn’t play a major role.

“In the sector, there is probably room for one more round of consolidation,” he said. “In the case of Maersk, it’s not high on our priority.”