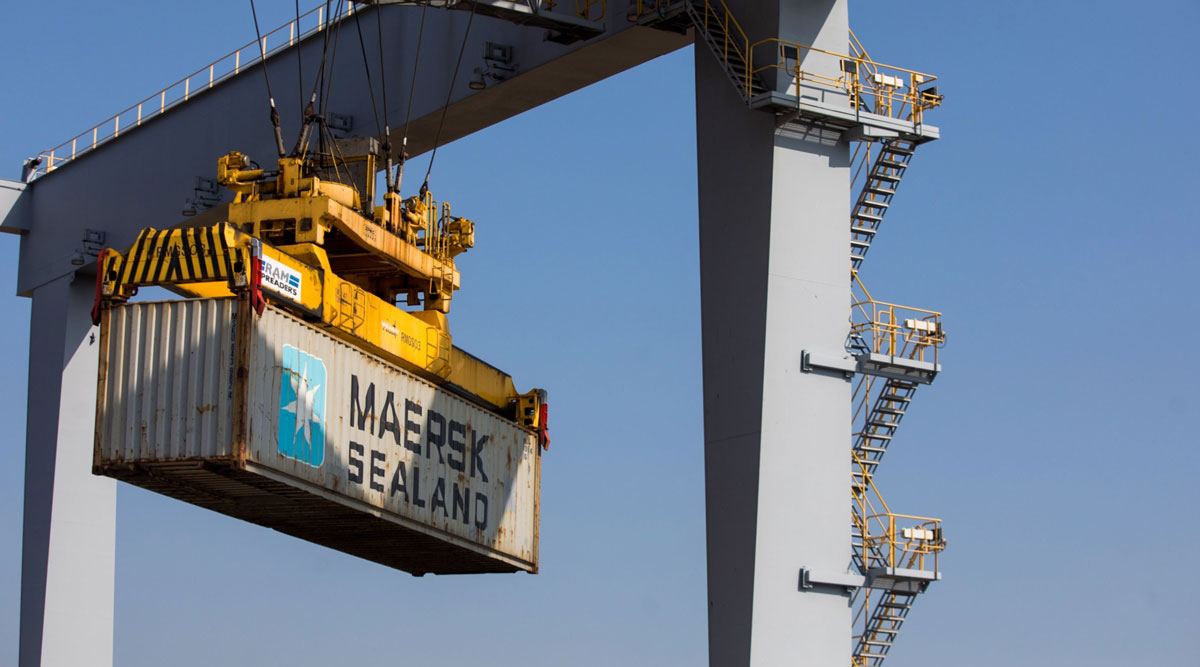 A.P. Moller-Maersk A/S raised its full-year guidance amid a surprise recovery in demand and sweeping efforts to cut costs.

The container shipping company, which is eliminating hundreds of jobs, said earnings before interest, taxes, depreciation and amortization will be in the range of $7.5 billion to $8 billion, before restructuring and integration costs. That compares with an earlier forecast of $6 billion to $7 billion, according to a statement.

Copenhagen-based Maersk, which transports about 15% of the globe’s seaborne freight, said there was a “continued recovery in demand” in the third quarter. Maersk said it had anticipated a bigger contraction in its main ocean unit than materialized.

Volumes fell by around 3% in the third quarter from a year earlier, while the company said it had expected a “mid single-digit contraction.” As a result Maersk reported revenue of $9.9 billion and an Ebitda before costs of $2.4 billion for the quarter.

Maersk is undertaking a major restructuring as the world’s biggest shipping company grapples with the effects of the COVID-19 pandemic. It’ll take restructuring costs of around $100 million in the third quarter related to around 2,000 job cuts, as it reorganizes its ocean and logistics and services operations.

The almost 20% increase in the full-year Ebitda guidance means analysts are likely to materially upgrade their estimates, Jefferies analyst David Kerstens said in a note.

The upgrade could also be more good news for holders of Maersk debt, as the borrower may see a change in the negative outlook that it’s been assigned by S&P Global Ratings, according to Danske’s Borsting. Moody’s Investors Service already recently lifted its outlook to positive, he said.

The Maersk Group ranks No. 4 on the Transport Topics Top 50 list of the largest global freight carriers.

Maersk Lost More Than $700 Million From Russia in Quarter