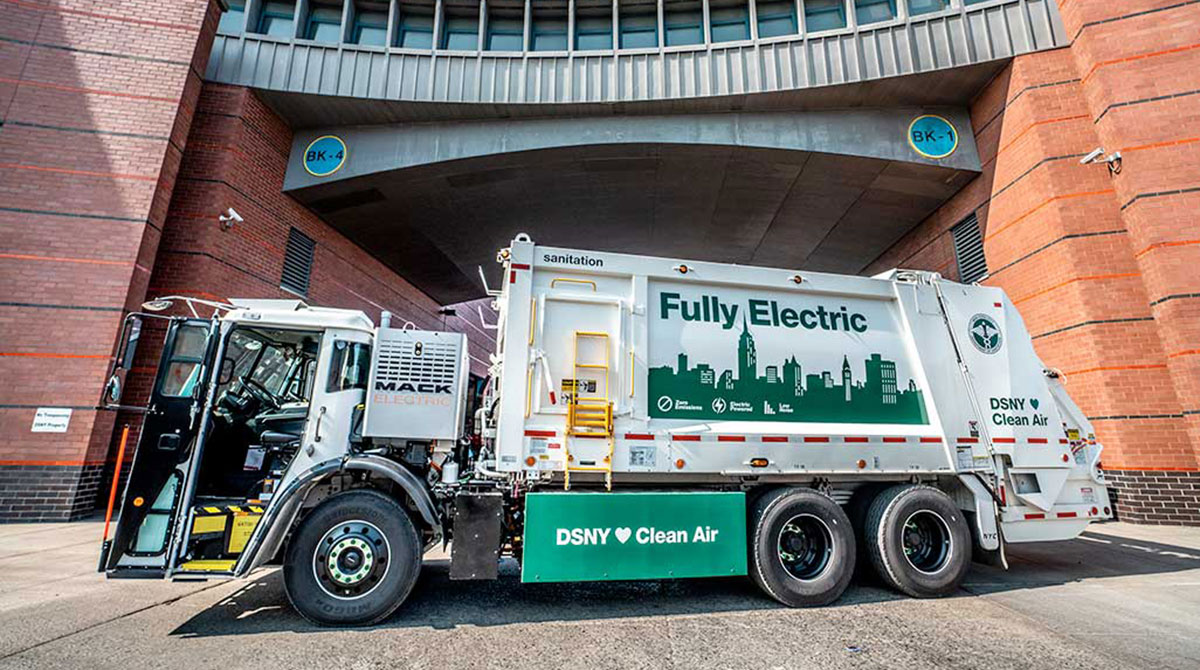 Mack Trucks announced the New York City Department of Sanitation plans to purchase seven Mack LR Electric refuse models, which will operate in each of the city’s boroughs.

The Department of Sanitation (DSNY) took delivery of its first fully electric refuse vehicle, a Mack LR Electric demonstration model, in September when it began rigorous real-world testing in Brooklyn.

Since then DSNY has been evaluating payload capacity, regenerative braking, overall vehicle performance in their demanding operations, operating range and charging requirements, according to Greensboro, N.C.-based Mack, a unit of Volvo Group.

Did you hear? The NYC Department of Sanitation (DSNY) announced its plan to purchase seven Mack #LRElectric refuse models, which will operate in each of the city’s boroughs.

The world’s largest municipal sanitation department, DSNY collects about 12,000 tons of refuse and recyclables daily with more than 6,000 vehicles, the majority of which are Mack trucks, the truck maker noted.

“New York City has set an ambitious goal of reducing greenhouse gas emissions by 100% by 2040,” Rocco DiRico, deputy commissioner for support services at DSNY, said in a release. “DSNY is purchasing these seven Mack LR Electric refuse vehicles in support of achieving our environmental objectives with a zero-emissions truck that is also extremely quiet.”

DSNY testing of the Mack LR Electric model remains ongoing. A delivery schedule for the seven trucks was not announced.