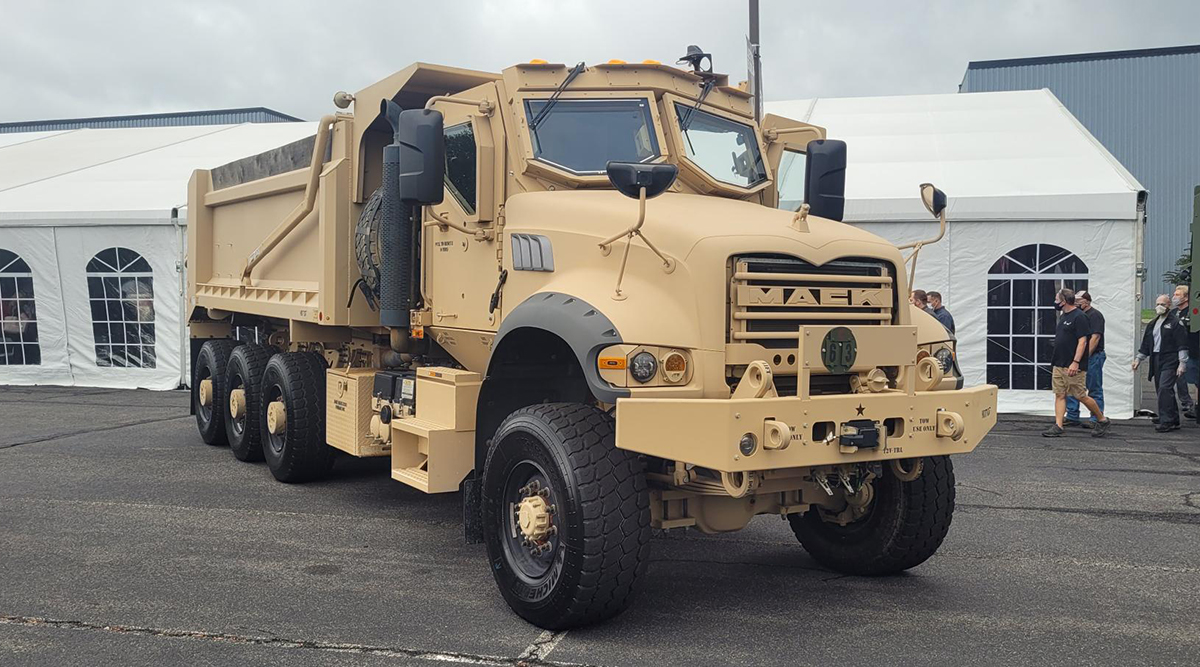 The new production line for the dump truck model will be at the Mack Experience Center. It’s the first, new heavy-tactical wheeled vehicle the Army has added to its portfolio in 12 years.

Production began in the first quarter, after an investment of $6.5 million to create a dedicated heavy dump trucks (HDT) line at the facility.

The new production line helps fulfill the HDT contract with the U.S. Army and allows the production of other vehicle variants. 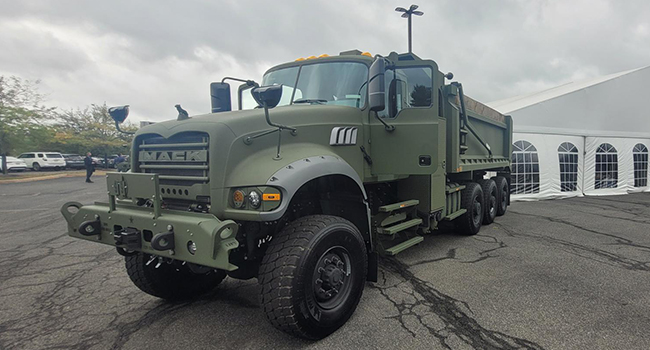 The trucks will be used by the U.S. Army  to repair runways and build roads. (Michael Freeze/Transport Topics)

In May 2018, the U.S. Army awarded Mack Defense a seven-year contract for $296.4 million to produce up to 683 non-armored and armored M917A3 HDTs. After testing the HDT at its Aberdeen Test Center in Maryland, the U.S. Army purchased 99 Mack Granite-based HDTs in November 2020, then placed an additional order of 56 HDTs in March.

“The HDT represents what the Mack brand has to offer,“ said David Hartzell, president of Mack Defense, as he stressed the partnership of the heavy-duty truck manufacturer and the U.S. military. “The HDT represents the perfect example of where commercial technology and value meet military greatness.”

During its testing, the HDT underwent several combat-simulation exercises, as Andrew DiMarco, the U.S. Army acting program executive officer explained, to meet the rigors that soldiers would go through in dangerous environments.

“Our focus in combat support and combat service support is to deliver modernized capability to our soldiers, and deliver capability to our clients that meets our requirements, is affordable and is sustainable for the future,” he said.

Based on the vocational Mack Granite model, the M917A3 trucks are part of the contract for HDTs that was previously announced between the U.S. Army and Mack Defense.

The Army uses dump trucks in its Engineer units. 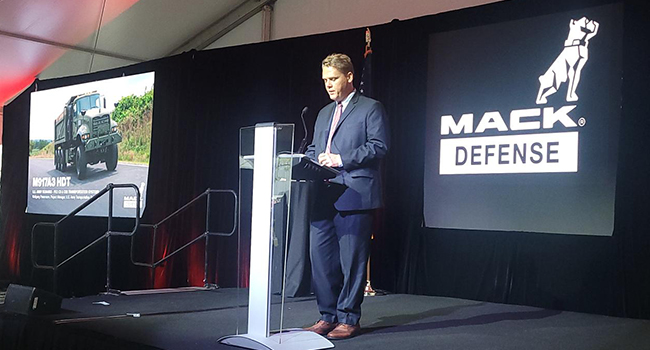 “Some of those trucks are close to 50 years old,” he said. “Bringing in new capabilities is desperately needed.” He added that the U.S. Army is currently working with Mack Defense to include current technology like Mack’s GuardDog Connect integrated telematics solution.

He also noted that with many of the Army’s missions conducted within extremely austere environments, dump trucks are essential to build “horizontal and vertical” missions to support combat or training operations.

“So what does that mean,” Petermann rhetorically asked the attendees at the Mack Experience Center. “It’s repairing runways, building roads, and all of those horizontal-type of activities you’d see throughout the road.”

Deputy Chief of Engineers for National Guard Affairs Brigadier General Mark Merlino said that the first new HDT will get into the hands of the U.S. National Guard, who will be able to take advantage of the new technology. 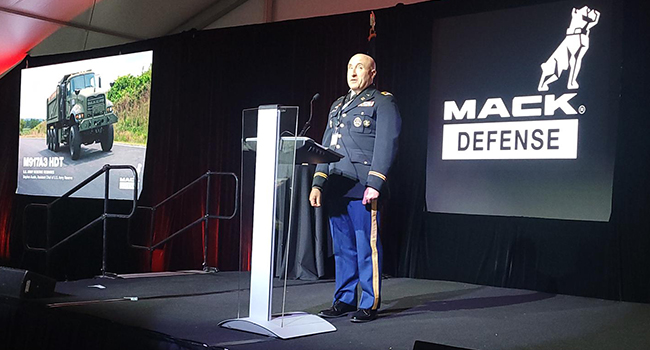 He said the effort of partnership between Mack Defense and the U.S. military will put the troops in a “winning” position.

“Winning matters,” Merlino said emphatically. “The military is put in place to fight and win our wars. [With the new HDT], we can build roads to deliver supplies to the troops, and build nations when disaster comes.”