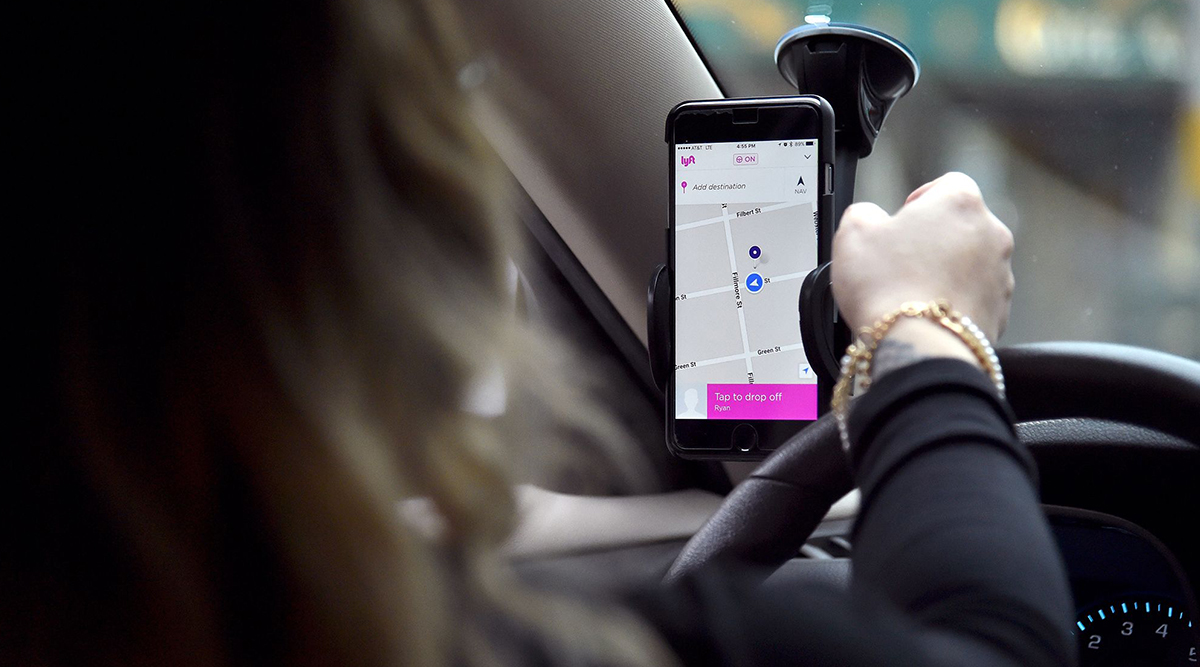 A Lyft driver navigates to a passenger. (Mike Coppola/Getty Images for Lyft)

Ride-hailing company Lyft Inc. is expected to turn a profit by the end of 2021, a year earlier than analysts had expected, company executives said. The comments sent the stock surging as much as 9% on Oct. 22.

Lyft will hit that milestone because it is focused on profitable growth, rather than scale at all costs, the founders said at a Wall Street Journal technology conference in Laguna Beach, Calif. Lyft and Uber Technologies Inc. have been cutting back on subsidies for riders and drivers that had been racking up costs.

“We’ve never laid out our path to profitability, and we know that’s a question on a lot of investors’ minds,” said Logan Green, Lytft’s CEO and co-founder. “We’re going to be profitable on an adjusted [earnings before interest, taxes, depreciation and amortization] basis a year before analysts expect us to. We’re going to hit this target in Q4 2021.”

The comments also gave a boost to Uber’s stock, which was up about 4% at 1 p.m. in New York.

Lyft’s co-founders downplayed other challenges to the company, including the recent gig worker legislation in California and lawsuits by women against the company who say they were harassed or assaulted by drivers.

Lyft to Sell Autonomous-Driving Unit to Toyota for $550 Million