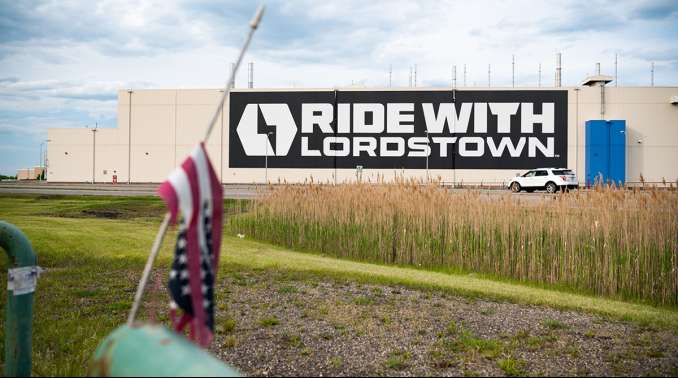 Lordstown Motors Corp. tumbled after the electric vehicle startup said it was disappointed with the progress in its partnership with Foxconn Technology Group, raising questions about a critical deal to sell a factory and begin commercial production.

The automaker plans to make 500 Endurance plug-in pickup trucks this year if its agreements with Foxconn are carried out, and as many as 2,500 vehicles next year. Lordstown, which intends to begin production in the third quarter, is looking to raise about $250 million to execute its plan, executives said Feb. 28 as the company reported fourth-quarter results.

Lordstown reached an agreement in September to sell an Ohio factory to Foxconn for about $230 million. The deal, which also included Foxconn’s purchase of $50 million in Lordstown stock, called for the Taiwanese company to assemble Endurance trucks and develop vehicles to be built on a modular platform. The partnership is contingent on the two sides reaching a manufacturing agreement. 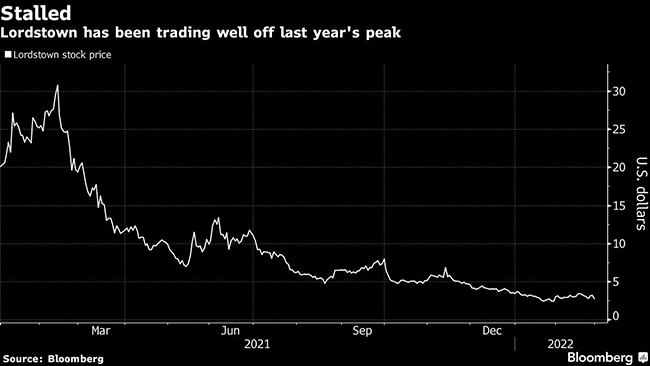 “Quite frankly, I am disappointed that we’re not further along,” Lordstown Chief Executive Officer Dan Ninivaggi said on a conference call with analysts. “The relationship with Foxconn is very positive and the discussions are ongoing but we need to bring that to a conclusion and I’m hopeful that we’ll get there.”

The candid comments highlight the uncertainty in a deal that is seen as critical to the startup’s future prospects. Lordstown, which had once predicted beginning production in 2021 and building about 32,000 vehicles in 2022, came under fire last year for allegedly misleading statements made by its founder and former leadership team.

Lordstown fell 17% in midday trading in New York after an earlier decline of 19%, its biggest intraday loss on record.

The manufacturing pact with Foxconn is subject to approval by the Committee on Foreign Investment in the U.S. Ninivaggi said Lordstown has submitted a draft to the committee but he didn’t offer a timeline for when it might be approved.

Lordstown finished last year with $244 million in cash. The company raised a significant portion of capital from down payments made by Foxconn for the factory. Ninivaggi said the company isn’t considering alternatives if the Foxconn deal falls through but will look at a Plan B, if necessary.

“It’s certainly possible that we don’t conclude an agreement, but I think it’s highly unlikely,” he said.