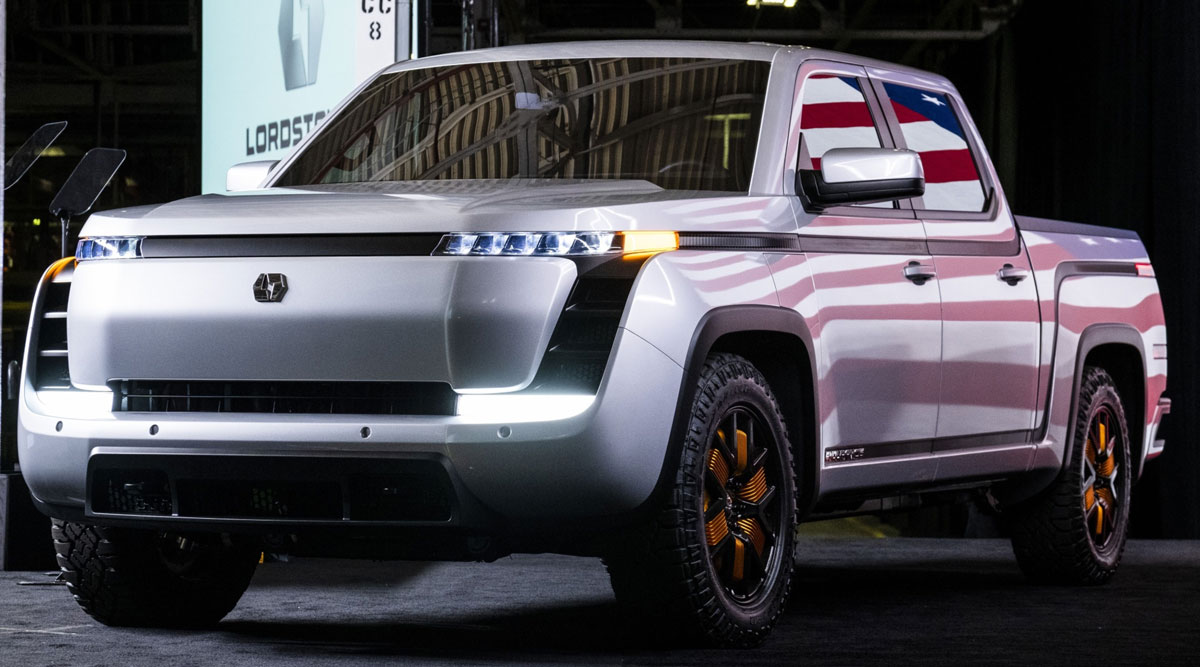 Lordstown Motors Corp. jumped after saying it has enough money to make its battery-powered trucks through May of next year, paring a record decline the previous day following the departure of two top executives.

The automaker is actively raising additional funds and has reconfirmed orders for its debut vehicle, President Rich Schmidt said June 15 at an Automotive Press Association event in Detroit.

In a short address at the start of the webcast, newly-appointed Executive Chairman Angela Strand — formerly Lordstown’s lead independent director — said the company was focused on being transparent with investors and bringing its technology to market.

The startups’s two top executives — CEO Steve Burns and CFO Julio Rodriguez — resigned after the board found evidence of inaccurate statements. Lordstown warned last week it might not have enough cash to fund development of its first truck or even survive the next 12 months if it can’t raise more capital.

The company now expects to build between 15,000 and 20,000 electric vehicles with cash on hand through May of next year after production starts up in September, Schmidt said. “We still have well over $400 million in the bank and so we don’t have an issue per se on funding.”

Lordstown disclosed June 14 it had made misstatements about its vehicle preorders after a short seller alleged in March that many were “fictitious.” The Securities and Exchange Commission has begun an investigation.

Burns said last month in a call with analysts that Lordstown had 100,000 preorders for its Endurance truck model and had begun accepting “vehicle purchase agreements” for an additional 23,000 vehicles.

Schmidt declined to comment on the SEC probe but said the company has enough binding orders to justify full production capacity both this year and next.

Lordstown’s pickup will cost around $55,000, he said, which is about $2,500 more than originally planned — a price increase he attributed to supply chain pressures related to the global pandemic. The electric version of Ford Motor Co.’s best-selling F-150 truck, by comparison, will start at $40,000 when it hits showrooms next year.

The company, which bought a shuttered General Motors Co. plant near Youngstown, Ohio, is one of several EV startups that have gone public through mergers with so-called special purpose acquisition companies, or SPACs, without any revenue or commercially viable products. It combined with DiamondPeak Holdings in an October deal that netted Lordstown $675 million.

Any additional funds raised by the company will be to scale production to higher volumes, pay for additional tooling at its factory and to reduce the company’s materials costs, Schmidt said.