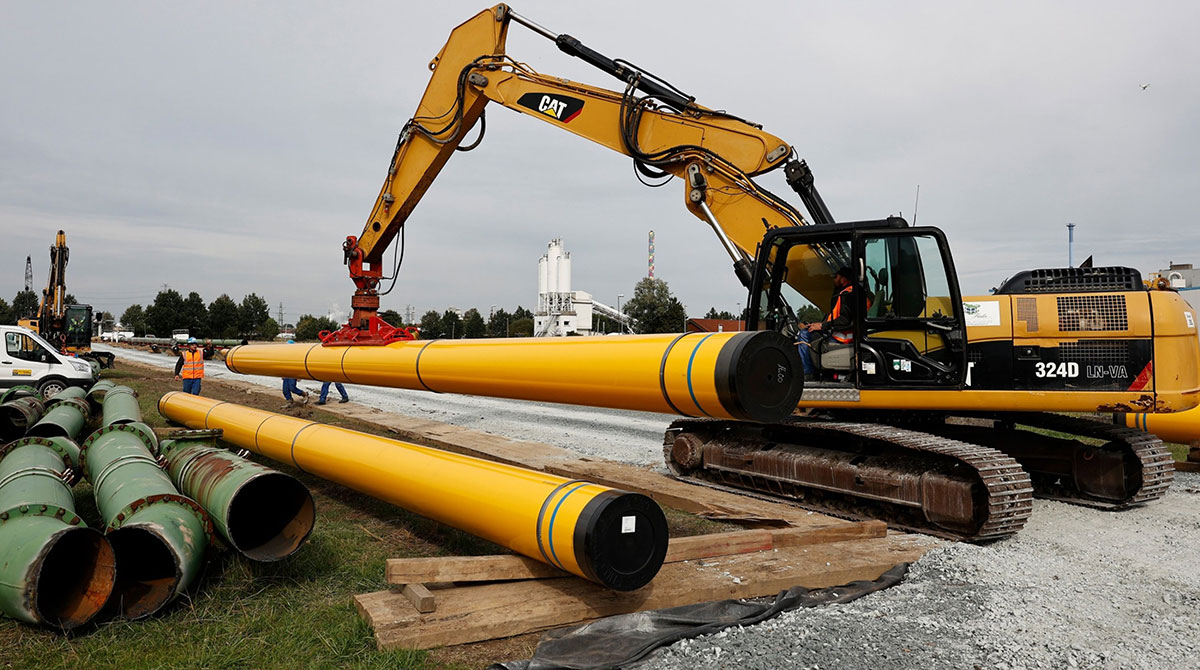 Pipeline pipes are offloaded at the construction site of a new liquefied natural gas terminal in Germany. (Morris MacMatzen/Getty Images via Bloomberg News)

Liquefied natural gas will be in short supply in the coming years as production lags behind surging demand from Europe, according to the world’s top producers of the fuel.

Global LNG demand is unlikely to peak for another 20 to 30 years, Qatar Energy Minister Saad Al-Kaabi said at the Energy Intelligence forum in London. Meanwhile, supply will remain “structurally short” until there’s significant new production capacity, which will be 2026 at earliest, Meg O’Neill, chief executive officer of Australia’s Woodside Energy Group Ltd., said at the event.

Their comments add to a growing chorus warning that Europe’s worst energy crisis in decades is unlikely to end soon. While the continent looks set to cope this winter, it’s next winter when the supply shortage will really bite as Europe tries to replenish its stockpiles without Russian imports.

“Next winter is going to be the problem,” Al-Kaabi said. “It doesn’t look like it’s getting better.”

Qatar, the world’s biggest LNG producer, has already committed to supply some 15 million tons of LNG to Europe this year, or about 19% of its total capacity, and can ship 12 to 15 million tons next year, according to the minister.

Even so, negotiations with European governments, which are relatively inexperienced LNG dealmakers, are proving tricky. Producers such as Qatar typically want long-term agreements that guarantee revenues, but countries like Germany have shorter horizons as they aim to eventually reduce their reliance on fossil fuels as part of climate goals.

Yet some contracts are coming through. Woodside in September agreed to supply as many as 12 LNG cargoes a year to German utility Uniper SE in a deal that starts in January and may run up to 2039.

Both Al-Kaabi and O’Neill declined to comment on further discussions with European customers.

“With European demand for LNG growing substantially, the market is going to be short until new supply can come online and that’s going to take years,” Woodside’s O’Neill said.

— With assistance from Anna Shiryaevskaya.