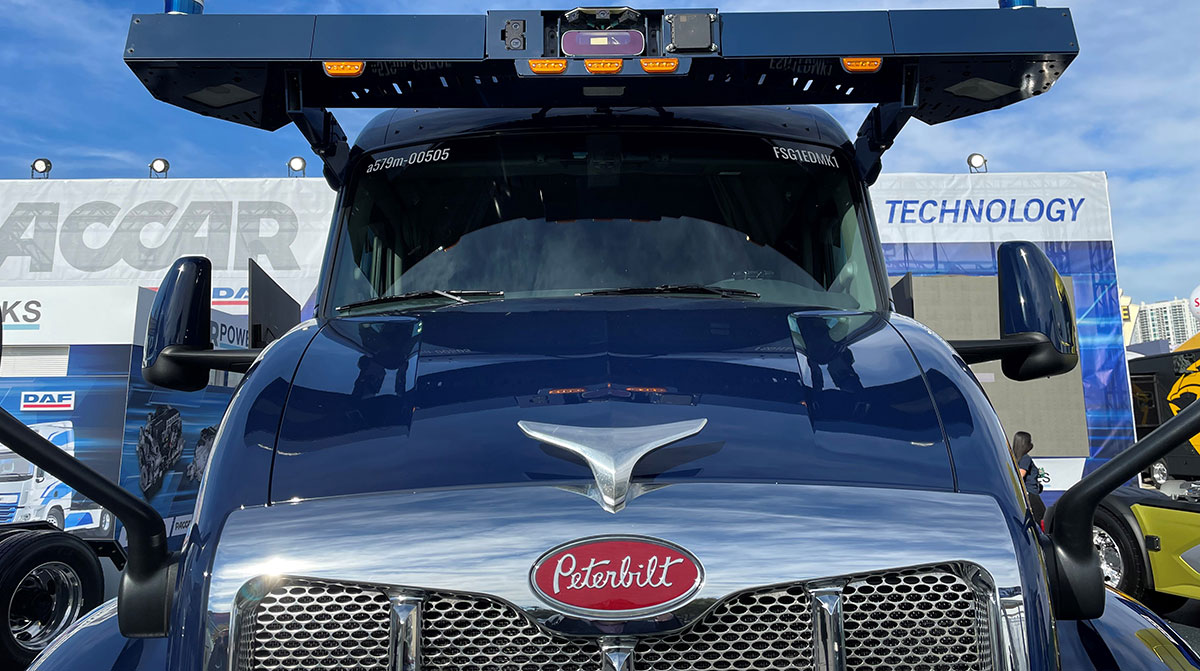 LAS VEGAS — Autonomous vehicles on the higher end of the technological scale may only be a couple of years away from greater adoption, panelists said at a CES 2022 session Jan. 5.

Vehicles with autonomous capabilities typically are organized in classes, with Level 5 being the highest. Level 1 is the lowest class of automation and is defined by including a single automated system for driver assistance such as steering or cruise control. Level 4, on the other hand, does not require human interaction in most circumstances. But a driver still has the option to manually override.

Robert Brown of @SpartanRadar, Melissa Froelich of @Aurora_inno and Jim Mullen of @TuSimpleAI discuss the progress of autonomous vehicle development and the evolving regulatory environment for this technology at #CES2022. pic.twitter.com/RSnCbMCEwL

“I am very confident in the companies like Spartan and others that sell into Level 4 technology and where our road map is, I really do see in the 2024 and 2025 production year that technology will take hold.”

Brown added that doesn’t mean there will be an instantaneous change to autonomous vehicles. There still will be a gradual process toward widespread adoption. But in a few years, there could be a turning point in its adoption.

I am very confident in the companies like Spartan and others that sell into Level 4 technology, and where our road map is.

“I said before, fleets would be the first to automate,” Brown said. “And now it’s all about goods and fleets.”

He added that the industry has gone from research and development to having production trucks that are autonomous. Brown noted that could mean a lot, given supply chain pressures such as the driver shortage and coronavirus pandemic.

The panel discussion was part of the annual showcase of leading technologies from various industries. For trucking, autonomous vehicles were a major point of interest.

“The explosion and enablement of Level 4 automation will truly change how goods and eventually people are moved,” Brown said. “It is an incredibly exciting time to be at that tipping point where you have billions of dollars and OEMs partnering with startups to deliver this.”

Aurora Director Melissa Froelich noted during the discussion that it is important to work with government partners to help the technology evolve. She noted a major challenge has been ensuring regulations keep up with the technology and are consistent.

“We are all trying to figure out what the path forward is together as we move,” Froelich said. “You’re talking about developing an entirely new industry in some cases. It goes back to something Robert [Brown] was saying before. How do you move and walk with the regulators and industry and show them here is what we’re doing, here are the roles, here is how fast we’re going, this is where we’re going next. What do you need from us?”

Brown argued that getting autonomous vehicle technology right is critical in terms of not falling behind on the global stage and addressing current supply chain issues. He pointed to the driver shortage as an example. American Trucking Associations estimates that the industry needs 80,000 more drivers.

“I’ve spent a lot of time at CES, and most people here know I am an eternal optimist. But if we don’t pull this off as a country, we’re in a world of hurt,” Brown said. “This technology for our supply chain, if we don’t pull it off, I’m not sure what we’d do. Over 70% of every good in this country is moved by truck. That number is only getting higher.”

Brown noted it also is important to educate the public on autonomous vehicles, and address concerns by showing how safely they can operate when compared with human drivers.