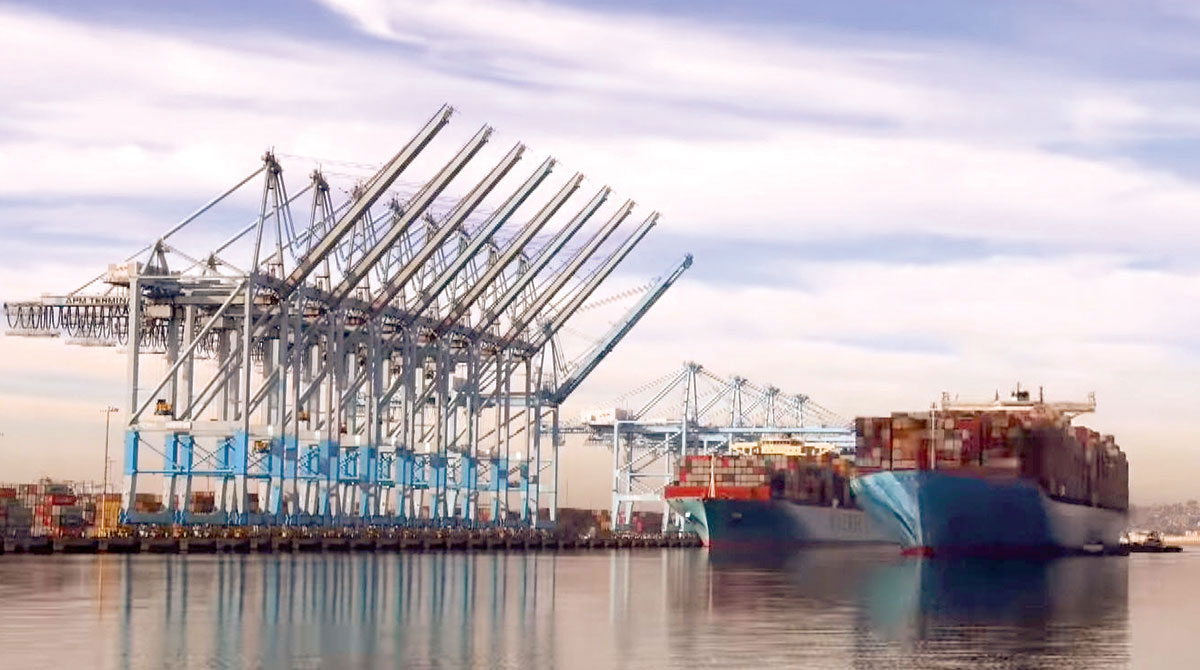 WASHINGTON — Funding included in a $3.5 trillion budget bill meant to improve conditions at the country’s commercial ports is backed by congressional transportation leaders, the Biden administration and industry stakeholders.

Lawmakers on the transportation panels are pushing for the boost in funding to help ameliorate conditions along freight corridors and last-mile access at the ports.

Specifically, the budget reconciliation bill would dedicate $2.5 billion to the Maritime Administration for supply chain resilience, congestion reduction and development of offshore wind infrastructure at ports, among other enhancements.

Chair DeFazio on the House floor: The Infrastructure Investment and Jobs Act makes historic investments in:

Sen. Maria Cantwell (D-Wash.), chairwoman of the Commerce Committee with jurisdiction over trucking policy, is leading a push for the infrastructure aid. As she put it, immediate funding for ports and long-term aid would assist industry with supply chain concerns.

“I think we’re doing the right thing as it relates to the budget reconciliation efforts and the transportation infrastructure bills that we’ve passed. We’re making, or want to make, the major investments,” said Cantwell, as she called for investments in transportation connectivity, workforce development and supply chain support.

The chairwoman, emphasizing freight corridors along coastal regions, continued, “These are really critical economic development issues on the ground for our states. And if you look at our U.S. economy, I think it’s something like 80% of our economic growth comes out of these coastal states.”

Echoing Cantwell’s viewpoint are her colleagues on the transportation panels, who urge the leaders in the House and Senate to clear for President Joe Biden the aid for ports in the $3.5 trillion budget bill.

We need modern, efficient ports to create jobs and support economic growth across the U.S. We urge @HouseDemocrats and @HouseGOP to pass the bipartisan infrastructure bill today – for a positive impact on the way Americans live, work and travel. #SeaportsDeliver #Infrastructure pic.twitter.com/x77ZzXMYoP — American Association of Port Authorities (@PortsUnited) August 23, 2021

“Investments to modernize ports so they can handle bigger ships and address congestion at ports is critical to the American economy,” said Democratic Sens. Ron Wyden of Oregon, Amy Klobuchar of Minnesota and Jack Reed of Rhode Island, among others.

“The forthcoming [budget] reconciliation package provides a unique opportunity to revitalize and modernize our ports to handle the increasing volumes of cargo that is crucial as e-commerce continues to grow,” the Democratic senators added. Most Republicans are pushing back on the budget bill, citing its multitrillion-dollar price tag. A floor vote on the legislation has yet to be scheduled.

On the House side, chairman of the transportation committee Rep. Peter DeFazio (D-Ore.) is calling on the chamber to approve infrastructure funding proposals that reflect the president’s domestic agenda. DeFazio emphasized a sense of urgency, as well as a national endorsement for additional aid: “More than 70% of Americans strongly support a major federal investment in rebuilding our crumbling infrastructure.”

Minimizing congestion at the ports has been a priority for the Biden administration. Transportation officials at the agencies are pressing Congress for additional aid. The White House recently announced that former U.S. Department of Transportation senior official John Porcari would take on the role of port envoy to the Biden administration’s supply chain disruptions task force.

Brian Deese, National Economic Council director, observed, “Our country’s ports are the gateways for getting goods to market, which makes the appointment of John Porcari as ports envoy an especially important step forward in alleviating these disruptions that are impacting consumers, workers and businesses alike.”

Industry stakeholders, meanwhile, continue to press for infrastructure upgrades at the ports. For years, they’ve sounded the alarm about congestion at these freight corridors. The pandemic, they argue, amplified those concerns. The American Association of Port Authorities is among groups urging Congress to make an immediate investment in ports. Doing so would strengthen and modernize maritime infrastructure. As Chris Connor, AAPA president and CEO, put it: “The consequences of decadeslong underinvestment in maritime infrastructure are playing out in real time in the form of supply chain disruptions and delays that have been exacerbated by the pandemic.”

He went on, “Current disruptions will diminish over time, but with global trade volumes forecasted to increase, now is the time for significant and sustained federal investment in a stronger and more resilient port infrastructure.”