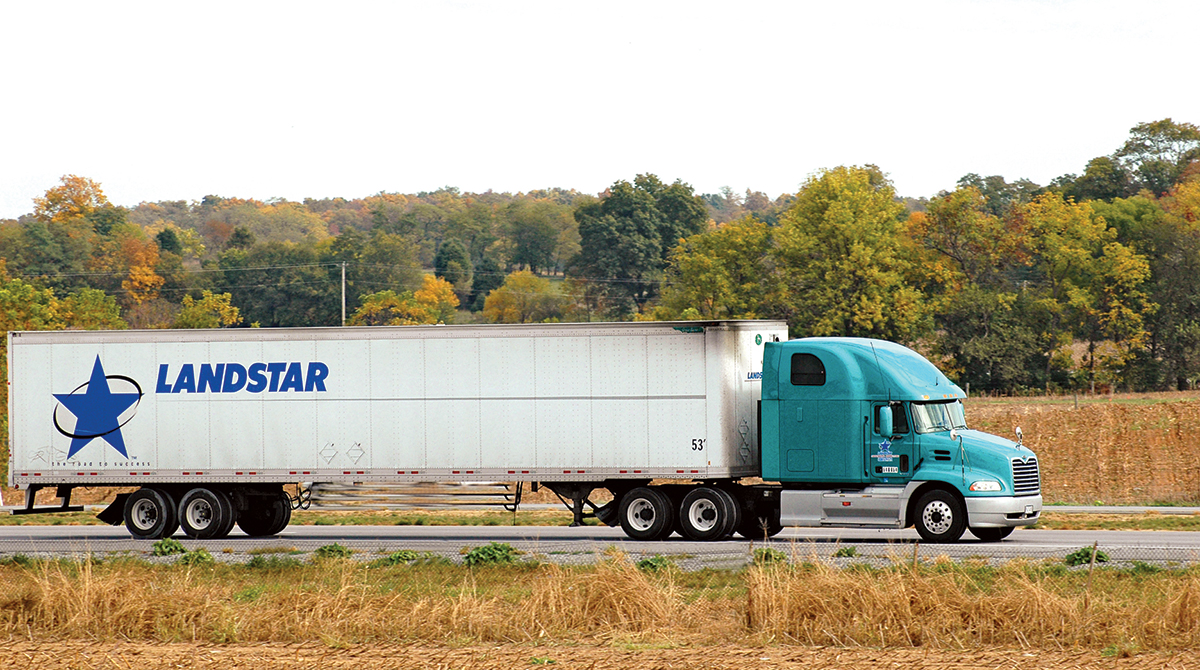 The Jacksonville, Fla.-based truckload motor carrier posted net income of $124.8 million, or $3.34 a diluted share, for the three months ending March 31. That compared with $77.2 million, or $2.01, during the same time the previous year.

Gross profit during the quarter increased 46% to a record at $214.6 million from $147.1 million during the same time last year. Variable contribution as defined as revenue less the cost of purchased transportation and commissions to agents increased 43% to an all-time high of $270.5 million from $189.2 million.

“Landstar experienced strong growth in both truckload rates and volume along with significantly increased revenue from ocean freight services, largely on rate increases,” Gattoni said. “In only three of the past 10 years prior to 2022 has first-quarter revenue per truckload exceeded that of the preceding fourth quarter. Revenue per load on loads hauled via truck in the 2022 first quarter was an all-time quarterly record and exceeded the 2021 fourth quarter by 4%.”

“Our initial guidance for the 2022 first quarter assumed that the deceleration in sequential quarter-to-quarter growth would continue,” Gattoni said. “Therefore, assumed revenue per load on loads hauled via truck would return to a more normal seasonal pattern on a month-to-month basis.”

Landstar would later disclose that truck rates during the first eight weeks of the quarter exceeded the prior period by 27%. Its revenue overall ended up being 13% above the high end of the initial guidance and in line with a later updated guidance.

“That year-over-year increase was due to rate increasing from December to January and from January to February by 3.3% and 2.3%,” Gattoni said. “Those positive sequential trends put February revenue per truckload approximately 3% above December. Far above normal seasonal trends where February rates are always below the prior year’s December. Given the pricing strength Landstar experienced during the first two months of 2022, it wasn’t surprising that truck revenue per load in March was equal to that of February, even after considering the recent spike in fuel costs.”

The results were above expectations by investment analysts on Wall Street, who had been looking for $2.93 per share and quarterly revenue of $1.81 billion, according to Zacks Consensus Estimate.

Landstar noted in the earnings report that prior-year comparisons will become more challenging as the year progresses as a result of its financial performance being unparalleled over the trailing 12 month period. The company also pointed to headwinds relating to inflation, a potential shift in consumer spending and potential impacts relating to the war in Ukraine. This makes it difficult to predict the future direction of the domestic freight transportation environment.