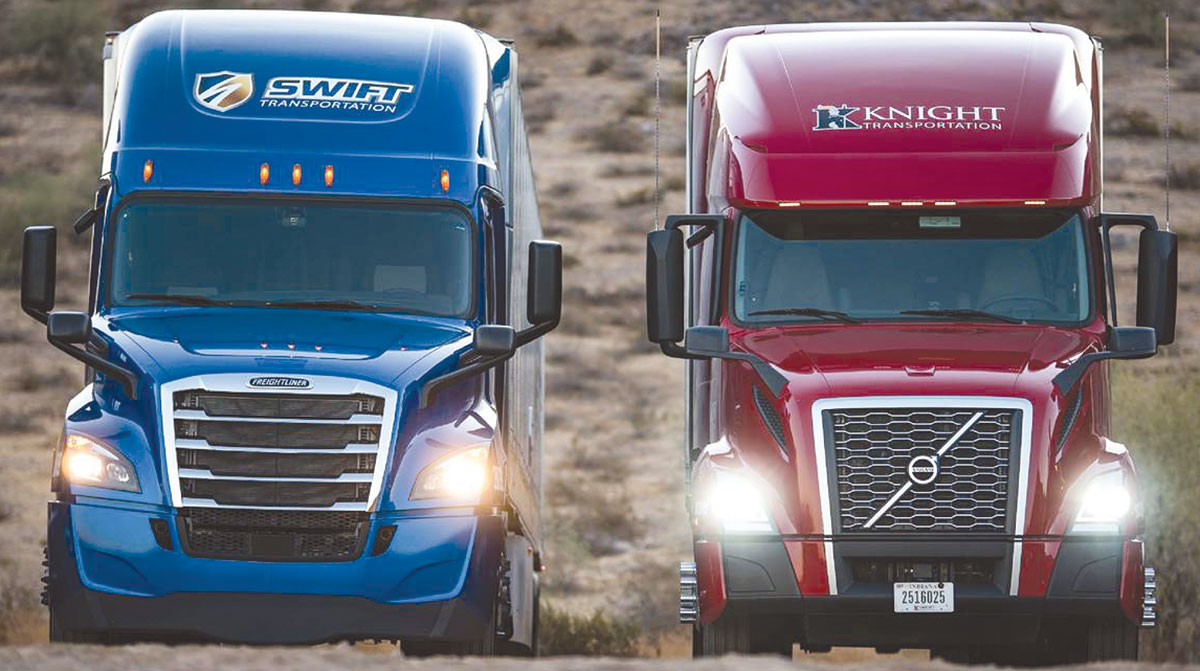 Knight-Swift reported that the results were driven by strong performances across all segments. Despite bad weather toward the beginning of the quarter and driver-sourcing challenges, the company still was able to grow each division.

Actual: 77 cents per share and quarterly revenue of $1.22 billion.

The results primarily were driven by brokerage revenue per load increasing by 43% and load volumes growing by 5.4%. Knight-Swift introduced its digital capacity-matching Select platform in 2020. During the first quarter, approximately 4,500 carriers were matched with loads through the platform. That represents 20% of brokerage load volume.

Knight-Swift noted in the earnings report that year-over-year operating results within the intermodal segment improved toward the end of the quarter despite weather and service disruptions. This resulted in revenue per load increasing 10.2% and load counts increasing 2.6%.

Knight-Swift Transportation operates a fleet of about 19,000 tractors and 58,000 trailers, and employs 24,000 people. The company provides truckload and logistics services throughout the United States, Mexico and Canada.