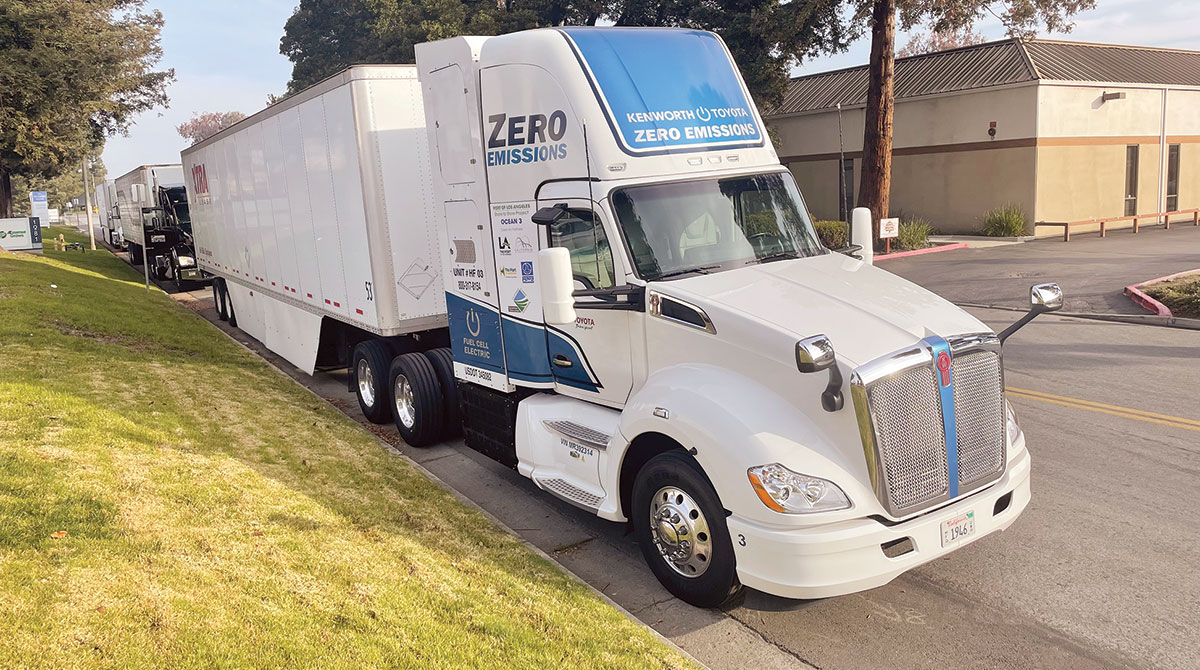 The Bellevue, Wash., owner of the Peterbilt and Kenworth truck brands outlined the strategy behind its Kenworth Driving To Zero Emissions initiative at a conference Jan. 12-13 for customers and the media at the Paccar Innovation Center.

“The interest in purchasing these trucks has grown tremendously over the last 90 days. There’s just a ton of interest from our customers because they are on a journey to reduce their carbon footprint,” said Joe Adams, Kenworth’s chief engineer. 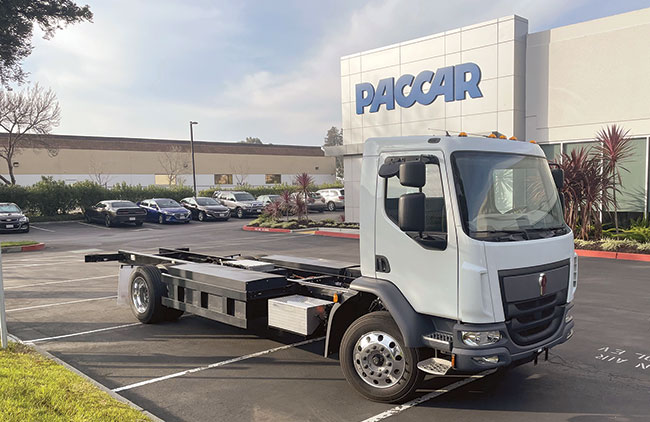 Much of the push is coming from the regulatory environment as states and local governments move to reduce both carbon and diesel emissions, he said.

California, for example, wants zero-emission powertrains to make up 9% of new truck sales and 5% of tractor sales by 2024, he said. Adams noted that 15 other states — mainly on the West Coast and in the Northeast — have signed a memorandum of understanding to follow California’s direction.

Kenworth customers, however, also are expressing interest in electric trucks for other reasons. They have employees, potential hires and clients asking what they are doing to reduce greenhouse gas emissions, Adams said. That’s starting to create its own sales momentum.

He said that customers need to start planning the transition from diesel vehicles now. While there is a four- to six-month lead time on Kenworth electric truck orders, it can take as much as a year to plan and install charging infrastructure to power the vehicles.

The most interest is from customers already running Kenworth products such as the diesel version of its T680 Class 8 truck, said Hank Johnson, the brand’s general sales manager for vocational and medium-duty trucks.

Customers attending the event were impressed with Kenworth’s electric lineup.

“It is the way of the future,” said Scott Stephan, vice president of maintenance at Melton Truck Lines in Tulsa, Okla.

He sees room in Melton’s fleet for a truck or two to do drayage at its operations in Laredo, Texas.

Kenworth estimates its electric trucks will require about 30% less maintenance than comparable diesel models because they have fewer moving parts and don’t need a diesel emissions system. The truck builder also estimates that electric models will require 50% less spending on fuel than diesel counterparts.

But Stephan noted that most of Melton’s business are long hauls of about 750 miles. Current charging infrastructure and charging times don’t make electric vehicles a good fit for long-distance operations for now.

Kenworth’s fuel cell truck, which takes only 15 minutes to refuel, might work, but there’s no hydrogen filling infrastructure along the major trucking lanes.

For now, Kenworth is pitching the T680E battery-electric Class 8 tractor unveiled at the CES technology conference in Las Vegas earlier this month.

Using a Meritor 14Xe electric powertrain, the truck will provide 536 horsepower and 1,623 pound-feet of torque. It has a range of 150 miles per charge. The T680E uses a CCS1 DC fast charger with a maximum rate of 120 kWh and an estimated 3.3-hour charging time. It has a 396 kWh battery pack.

Kenworth said the T680E is designed for pickup and delivery applications and will be available as a day cab in either a tractor or straight truck in a 6x4 axle configuration. Paccar will produce it in 54,000- and 82,000-pound gross vehicle weight ratings. It can top the 80,000-pound limit on Class 8 trucks through an exemption for zero-emission vehicles to account for the weight of the battery pack.

Kenworth also demonstrated smaller K270E and K370E electric trucks designed for local distribution, pickup and delivery, and last-mile logistics operations. They use high-density battery packs that deliver up to a 200-mile range, depending on the battery pack choice and a rapid one-hour DC recharge.

The medium-duty trucks use a choice of direct-drive motors produced by Dana rated at 355 horsepower and 469 horsepower. The K270E has 2,035 pound-feet of torque, while the K370E has 2,540 pound-feet of torque. When fully loaded, the trucks can start from a stop on a 20% grade and have the power to maintain 40 mph on a 6% grade.

At its zero-emission launch, Kenworth also demonstrated its T680 fuel cell electric vehicle. Built with Toyota using two fuel cell stacks from the automaker’s Mirai sedan, the truck has a range of 300 miles. Kenworth and Toyota have built 10 trucks for a local hauling and drayage pilot program in Southern California. The fuel cell generates power to run the electric drivetrain. It has an 82,000-pound gross vehicle weight rating.

There’s no doubt that the industry is in the initial stages of transitioning from diesel to electric powertrains, Mike Roeth, executive director of the North American Council for Freight Efficiency, told Transport Topics.

“Electric trucks, even in some heavy-duty cycles, are ready for deployment,” Roeth said. “These duty cycles include beverage and grocery hauling, both of which have short daily ranges and lots of starting and stopping to make deliveries.”

He added, “There are still a lot of challenges, mostly around charging. The good news is that smart minds at both new suppliers and traditional truck manufacturers are hard at work developing creative solutions to the challenges.”

Kenworth Receives Its Largest Order to Date for BEVs